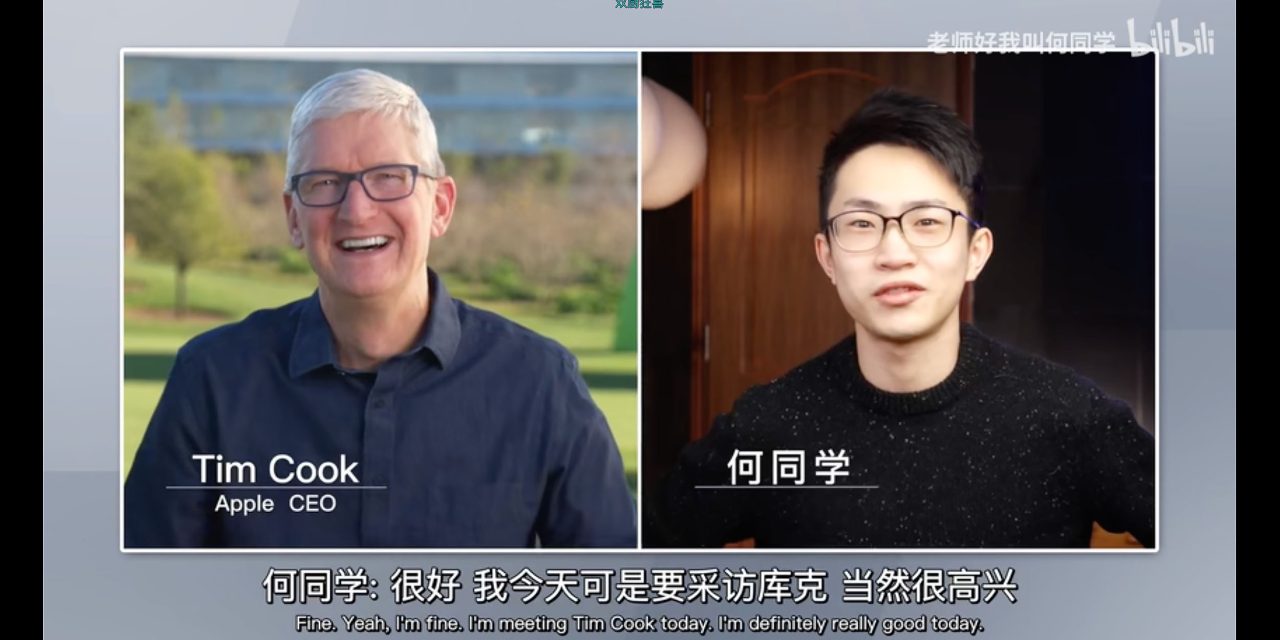 Cook discusses Apple’s recipe for innovation, the influence of China on iDevice features, his two most-used apps, the importance of education and his driving force…

Hetongxue, who is one of the platform’s top creators with over 6 million followers, asked Cook how Apple innovated.

There’s no one formula for innovation, but what we do is we have a culture of creativity and a culture of collaboration. And these two things together, when they intersect, create enormous innovation.

You know, you put people together that have different skills, that look at the world differently. Maybe they’re from different places, they have different backgrounds. Some are software experts. Some are hardware. Some are services. Some may be musicians and artists. But you put them all together on a common purpose, to design an incredible product, and it is amazing what can come out of it.

Putting people together that are diverse in an inclusive kind of environment, where people can feed off of one another, feed off the energy.

And you pick people that care enough, that really want to develop the best products in the world. They care enough to call somebody up at midnight when they’ve just had a great idea because they know that if they’d share the idea that they can make that idea go further. One plus one has always been more than two at Apple. And so that’s how we do it.

The influence of China

Hetongxue: Is there any feature that is developed based on Chinese consumers’ feedback?

Oh, there’s a ton of features there that are. Whether it’s specific keyboards, whether it’s the QR Code mode.

5G, in a lot of ways, was energized in China because China is so far ahead in the coverage model for 5G.

Junction View in Maps because of the complex intersections and so forth. Night Mode was another one where…the inspiration for Night Mode came from China.

Cook said that the Notes app was his second most-used app.

Cook returned to familiar territory in talking about the vital importance of education in helping people create a future for themselves.

We’ve always viewed at Apple that education is the great equalizer of people […] And that means for us providing our technology out in schools. And we’ve been really impressed there with what we’ve seen.

We’ve designed curricula. Like Everyone Can Create and Everyone Can Code. And we’ve just given it away for everyone because we believe that coding and creativity are two of the important skills of the future.

Another familiar theme was when Tim Cook talks about helping people as a driving force for life.

It’s that belief that gets me up every morning and to charge again, to sort of ask the question of what am I doing for other people? And if you keep asking yourself that over and over, it will drive you. It will provide the magnetic field that it takes to keep moving forward.

You can watch the 18-minute video here.