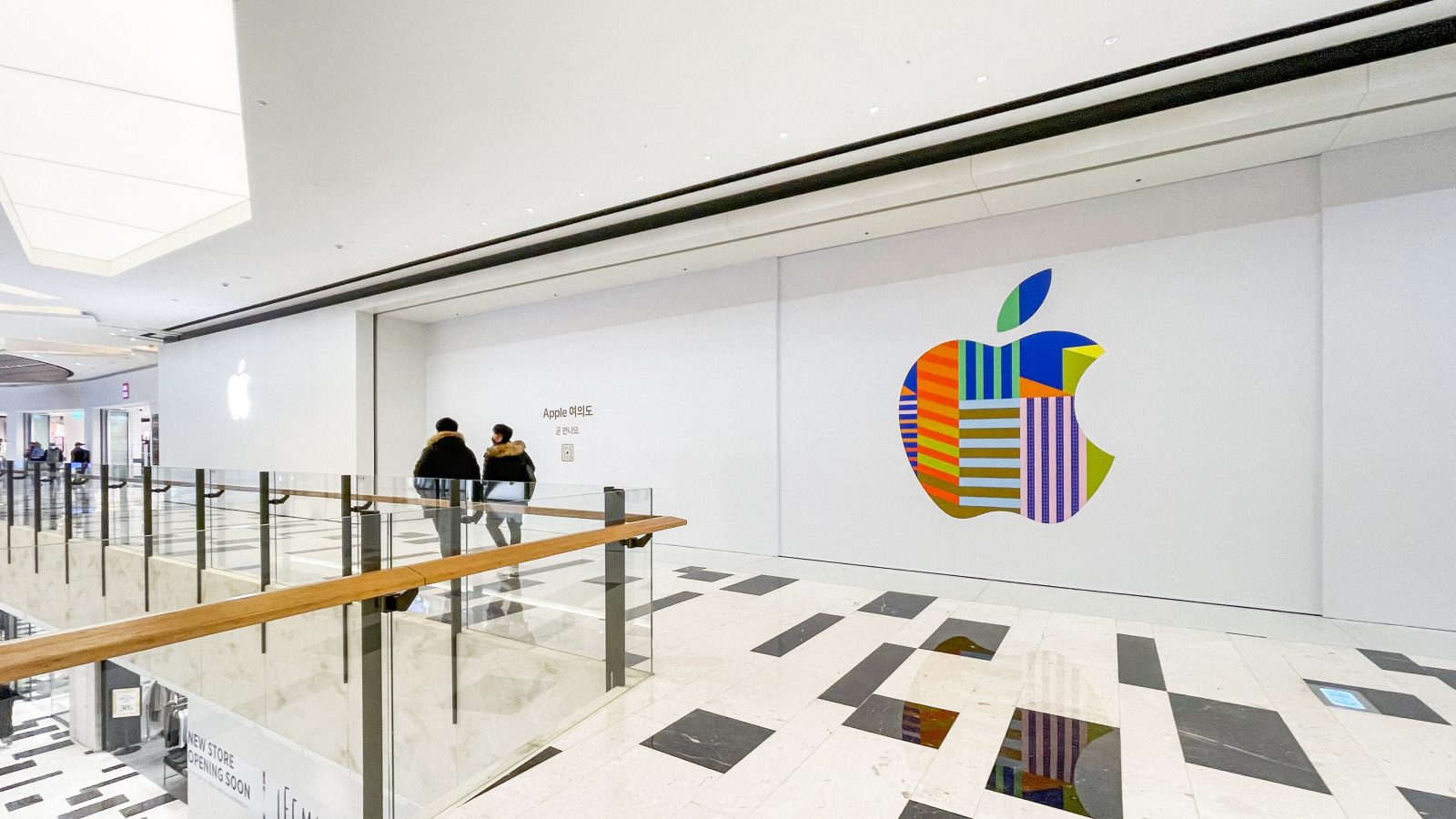 Apple’s second store in South Korea will celebrate its grand opening on February 26 at 10:00 a.m. The store was first announced last November on Apple’s website as coming soon.

Apple Yeouido is located on L1 of IFC Mall Seoul. You can learn more about the store and see it in context with Apple Garosugil, South Korea’s first Apple Store, in our previous coverage.

After Apple announced its imminent opening in Yeouido last November, South Korea saw an unprecedented spike in new COVID-19 cases, which may have contributed to the significant delay between announcement and opening. Infection rates have steadily dropped since the beginning of the year.

Since the start of the pandemic, Apple Store openings look a little bit different. Physical distancing is encouraged and masks are required. Store occupancy is reduced, so opening day visitors will need to book an appointment to enter.

If you attend the opening of Apple Yeouido, I’d love to share your photos.

Apple’s procedures in South Korea became a template for stores across the world to reopen throughout 2020. Apple Garosugil has been operating with increased health and safety measures since last April.