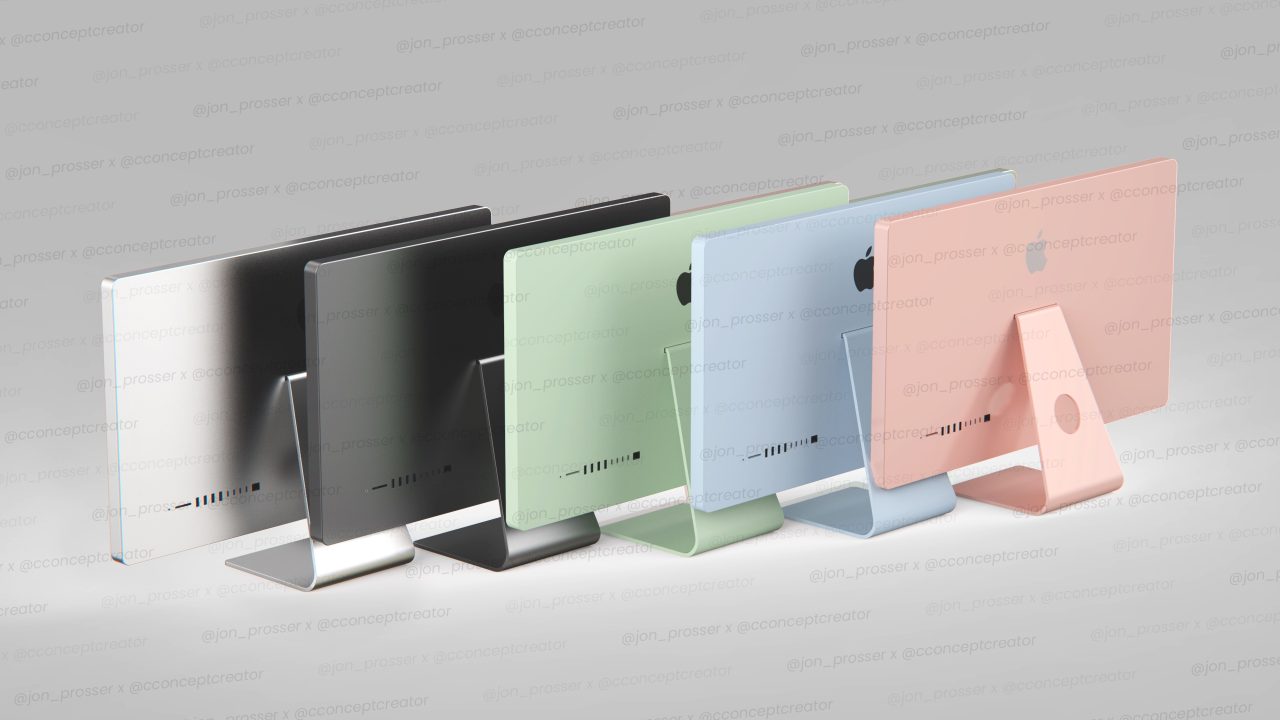 Apple is widely expected to debut a redesigned iMac with Apple Silicon sometime this year, as previously reported by reliable outlets such as Bloomberg. Now, a new rumor claims that the redesigned iMac will also be available in multiple colors similar to the newest iPad Air.

The images here are simply concepts and the specifics remain unclear. It’s anyone’s guess as to whether Apple follows through with this plan given that Prosser says that these Macs are in the prototype stage. The video does not offer any additional detail on Apple’s plans for the 2021 iMac refresh.

Reliable sources such as Bloomberg and Ming-Chi Kuo have reported more details on Apple’s plans to redesign the iMac after more than a decade. Bloomberg’s Mark Gurman has said that the new iMac will feature a design inspired by the Pro display XDR. As we explained last month:

“The iMac redesign will be one of the biggest visual updates to any Apple product this year,” the report says, while citing people familiar with Apple’s road map. This will include removing the “chin area” from the bottom, as well as a flat back rather than the current curved design. Apple is reportedly planning two versions to replace the existing 21.5- and 27-inch models “later this year.”

For now, we would treat the rumor of colorful iMacs with skepticism because it has not been corroborated by any other sources. What do you think about the idea of the Apple Silicon iMac being available in colors? Would you opt for any specific color? Let us know down in the comments.