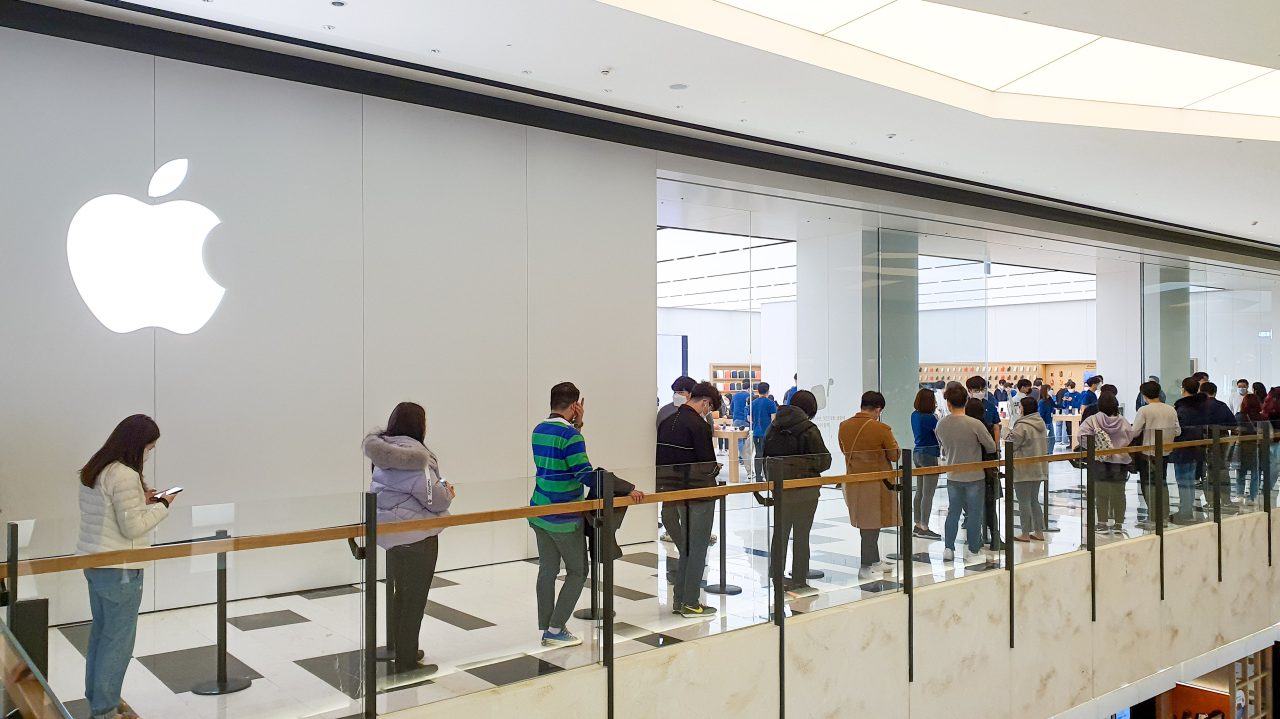 South Korea’s second Apple Store is now open, and customers from Seoul lined up Friday morning to be among the first inside.

Apple Yeouido is located in IFC Mall Seoul, and is one of the first stores visitors see after descending the escalator to L1 of the underground mall. In tandem with Apple Garosugil, which opened in 2018, the new store will provide first-party sales and support in Seoul’s finance district.

In the interest of health and safety, visits to Apple Yeouido were by appointment only on opening day, and each customer was paired up with an Apple Specialist to explore the store.

Special thanks to readers Gyeongjun Han, Artem, BumMo Koo, and @Jonas_CHK for sharing their photos from opening day.

A souvenir tote bag and sticker were given to the first visitors, adorned with a special Apple logo designed by artist 석윤이. The same logo was featured on banners covering the store, an animation on the Video Wall inside, and a massive vertical video billboard standing in the center of IFC Mall Seoul. The design was inspired by the skyscrapers and changing skyline of Seoul.

Apple Yeouido also marks the return of in-person Today at Apple sessions in South Korea, which have been paused since the onset of the pandemic last year. A number of the store’s 117 employees are Creative Pros who will host an abbreviated lineup of sessions with health and safety measures in place.