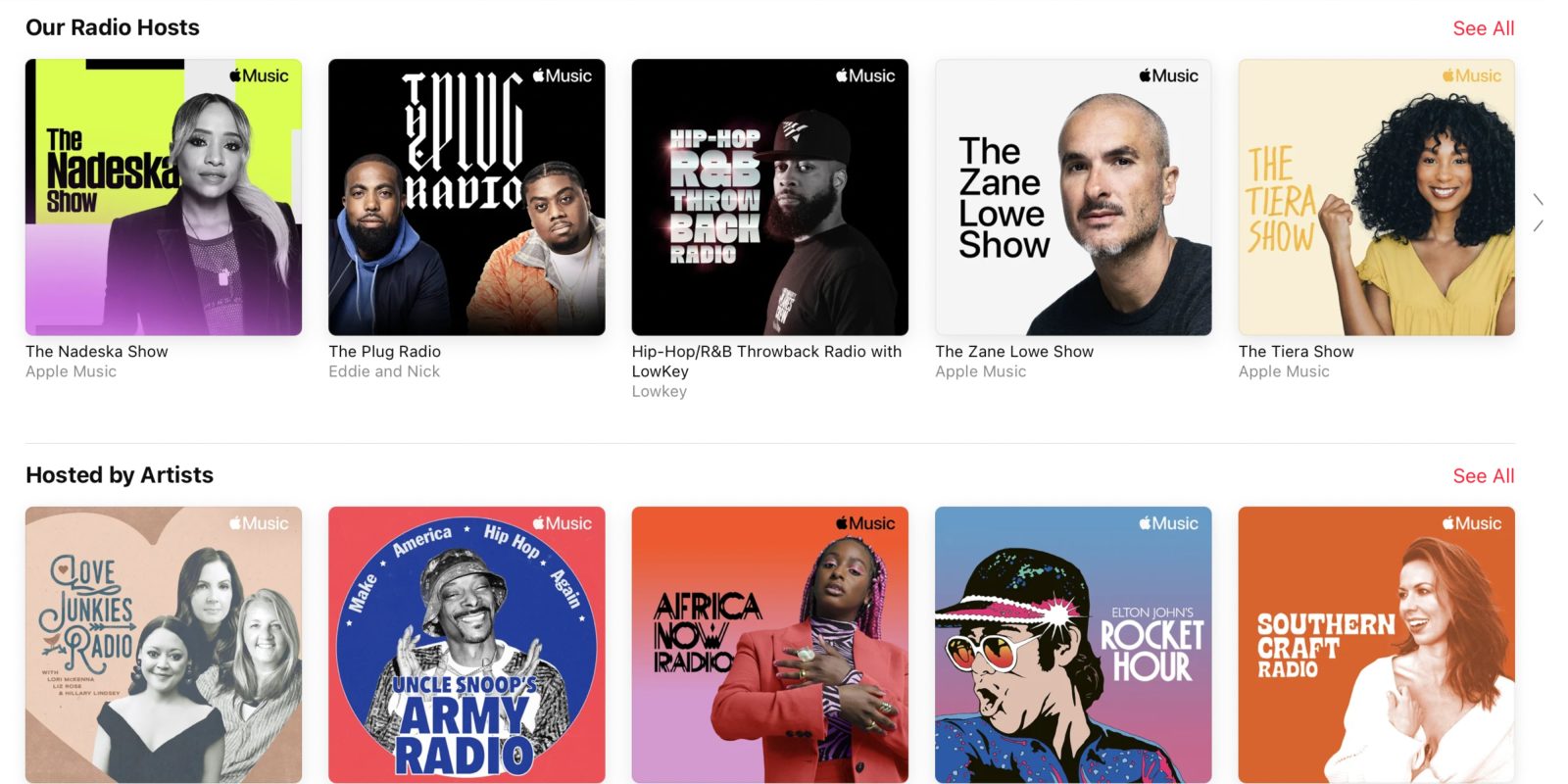 Apple started the music playlist idea when it debuted the “Rip, Mix, Burn” campaign 20 years ago. The idea is that you could create your mixes by ripping your CDs to iTunes, making a playlist in iTunes, and then burning it back to a CD. Since then, the idea of the digital music playlist has transformed how the music industry works with everyone from Apple Music to Spotify spending countless resources to create the perfect playlist for every occasion. On the other hand, Apple has made the anti-playlist with Apple Music Radio, and it’s something the music industry needs to lean into going forward.

The idea of listening to someone talk in between music might seem foreign to you if you are under 20 or so, but that is precisely how I grew up listening to the music. I’d listen to 96.5 The Mountain (Now Hits96) to find out what was hot and what would be hot shortly. When the iPod allowed us to take our entire library with us, people have been slowly leaving traditional FM/AM radio for a never-ending supply of playlists.

When Apple Music debuted in 2015, the Beats 1 radio station had a chance to help Apple separate from the competition when it comes to music streaming. I had high hopes that it would become a global gathering place for music, but after the initial excitement wore off, I seldom listened.

During the summer of 2020, Apple ditched the Beats 1 branding and launched Apple Music Radio with Apple Music 1, Apple Music Hits, and Apple Music Country. Oddly enough, I had asked for an Apple Music Nashville just two months earlier. Since Apple Music Country launched, I’ve spent hours listening to it because I have a HomeKit automation set to launch it when I say “Hey Siri, I’m here” when I walk into my office every morning.

Apple is spending way too much money on the content not to expose it in the Apple Music app better. The first thing they need to do is let people “follow” specific shows, and then those episodes would show up inside of your library under recently added. The second is it needs to remember the playback position and sync it over iCloud. I often don’t get to finish a complete show, so it would be nice to start up back where I left off. Thirdly, I’d love a push notification when a show starts so I can tune in live. Finally, I’d love the ability to see “show notes” of all the songs played within each episode.

Apple Music Radio has helped me discover the love of music once again. I look forward to each new episode of After School Radio, and this content gives Apple an advantage over Spotify, and it needs to lean in further to this content.