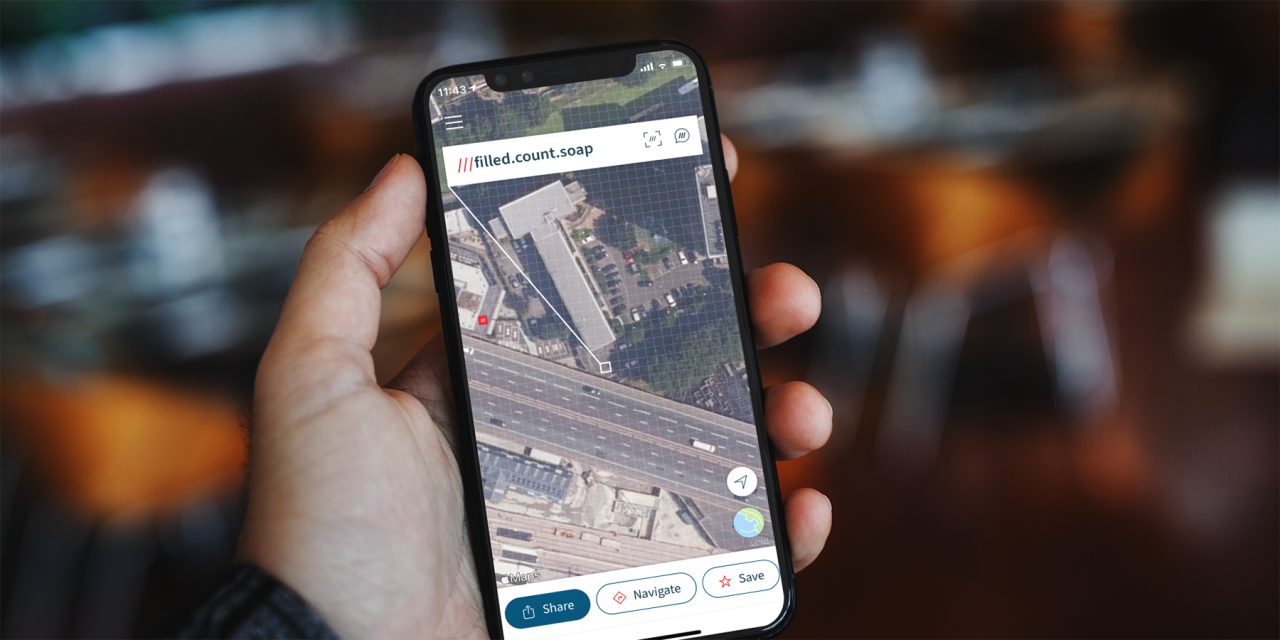 If you’re not familiar with the What3Words app, it’s a clever idea designed to make it easier to tell people exactly where you are. Every three-meter square in the world has a unique three-word code, and the iOS app now uses Apple Maps instead of Google Maps for its displays and directions …

If you wanted to direct someone to the southwest corner of the Apple Park visitor center building, for example, that would be relate.blind.design. They enter those words into the What3Words app to see the exact location, and Apple Maps will now direct them there.

The system is most useful in emergency situations, where you may need to get medical assistance on a hillside or a stretch of rural road without any clear landmarks. Map grid references would be the traditional way to do this, but it’s not a very user-friendly approach for those who haven’t ever been taught map-reading. What3Words gives people a simple way to get an accurate and precise location, which can be understood by emergency services around the world.

But it can also be useful if you want to give someone directions to an isolated property in a rural district, or even to a specific entrance in a large building.

The developers say they made the switch because Apple Maps now has far more detailed coverage, and supports usability features like Voiceover.

The latest version of what3words will enable iOS users to use Apple Maps when in the app. Apple Maps has gone through a significant redesign over the past year, with better road coverage and detailed land cover introduced, alongside more three-dimensional buildings and mapped green areas. By adding Apple Maps to what3words, users can now benefit from the enhanced Apple Maps, and allow them to also retain certain accessibility preferences, such as Voice over support which can’t be used with other mapping providers […]

Apple Maps will become the default mapping provider for all iOS what3words users, with the ability to switch between other providers in the settings tab.

what3words has a strong history of supporting the Apple ecosystem, launching products that sit across Apple Watch, the Mac OS app, what3words for iOS Ipad and screen widgets.

What3Words is a free download from the App Store.