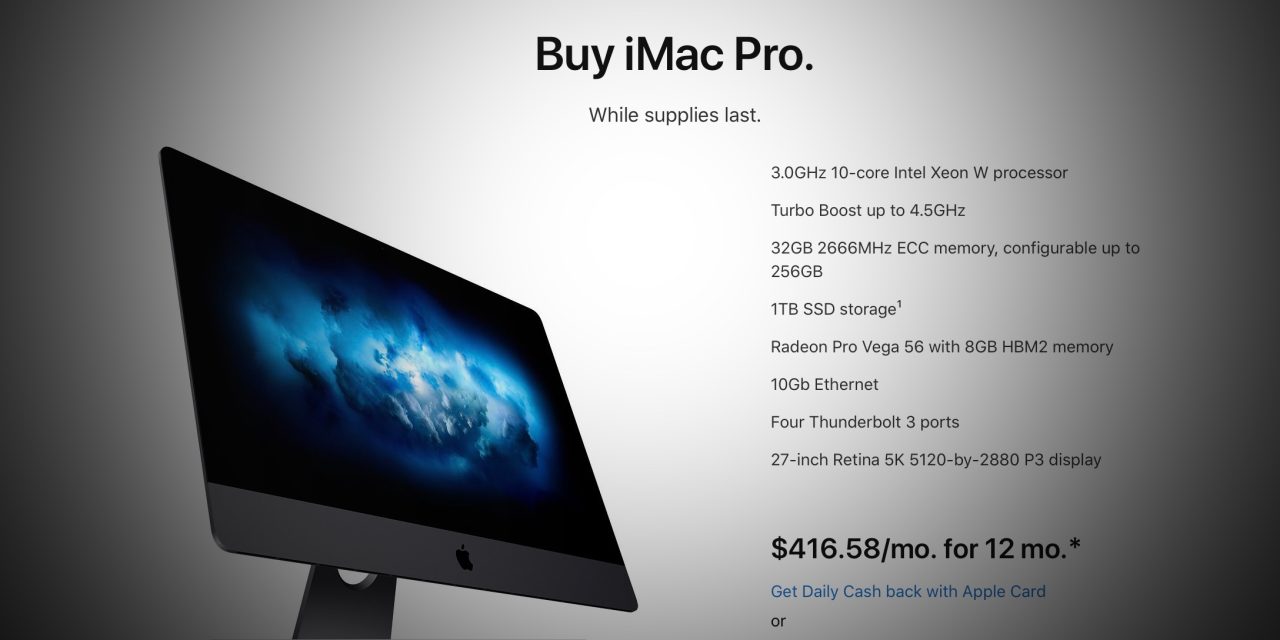 The iMac Pro has been discontinued, with the Apple Store on Friday removed all build-to-order configurations for the product. The only model now available to buy is the $4999 base config and the Apple Store says that is only available ‘while supplies last’. Some other SKUs remain available at third-party retailers for the time being.

The iMac Pro was introduced in 2017 to offer more powerful all-in-ones to high-end customers wanting workstation Intel Xeon CPUs. The chassis was identical apart from a more efficient cooling system and the space gray aluminium finish.

However, it has never been clear if the iMac Pro has sold well. It sits in a niche segment of the market, and much of its place in the limelight for pros has been taken by the 2019 Mac Pro tower. The high-end ‘standard’ iMac models have also encroached on the iMac Pro in terms of performance.

Also, Apple is believed to be introducing an all-new range of iMacs soon, featuring next-generation Apple silicon CPUs and GPUs. The performance and efficiency of the M1X chip (or whatever its called) will likely remove the need for Apple to bifurcate the iMac product line, and simply offer competitive compute performance for all iMacs, hence eliminating the separate Pro model.

Supply constraints on some 21.5-inch iMacs are also a signal that a new iMac is imminent. The rumor mill expects Apple to launch a radically redesigned iMac with thin bezels and a boxy design, similar in style to the Apple Pro Display XDR. However, an exact launch date for the new iMacs is still unclear. Most reports point to a summer release around the time of WWDC, but perhaps the sudden discontinuation of the iMac Pro means that the new generation machines are coming several months sooner than that.