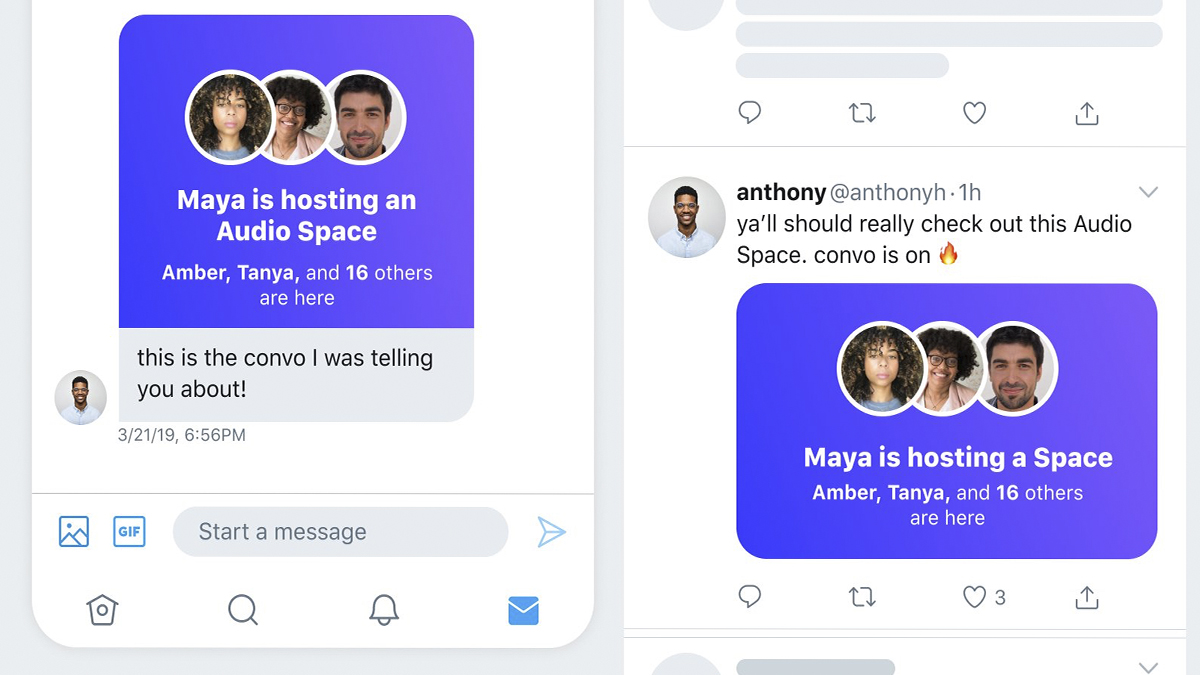 Through an app update today, Twitter teased plans to roll out its Spaces voice-chatting feature broadly. Once this feature is available, anyone can create live rooms with up to 10 people speaking and unlimited numbers can join to listen.

Although the release notes make it seem like Twitter is ready to launch the Spaces feature to everybody, the Verge reports that there is work left to be done, and the goal is to launch the feature in April.

Amusingly, we overheard the news in a Twitter Space itself, hosted by the company. Twitter’s plans aren’t set in stone, but the gist is that they’re trying to get the product into a state where anyone can host a Twitter Space starting in April. April is the goal. In the meanwhile, users on both iOS and Android can both join and talk in existing Spaces.

The company has been beta testing this function with some users for a few months now. In its current form, anyone can join a Space, but only members of the beta testers can create a Space. It became a trend on the platform, with many users writing in their bio that they’re “beta testers” from the feature. The team behind Spaces is constantly in touch with Twitter users to share experiences, feedback, and what they’re implementing to its platform.

For now, only people on mobile devices can follow Spaces conversations, since it’s not available through its webpage or Twitter for Mac.

When the feature is released to everybody, follow these steps:

The user can also select who can join with speaking privileges by choosing from “Everyone, People you follow, or Only people you invite to speak,” which lets the user send DM invites.

You can edit your Twitter Spaces room name and allow Share transcriptions (only available in English for now).