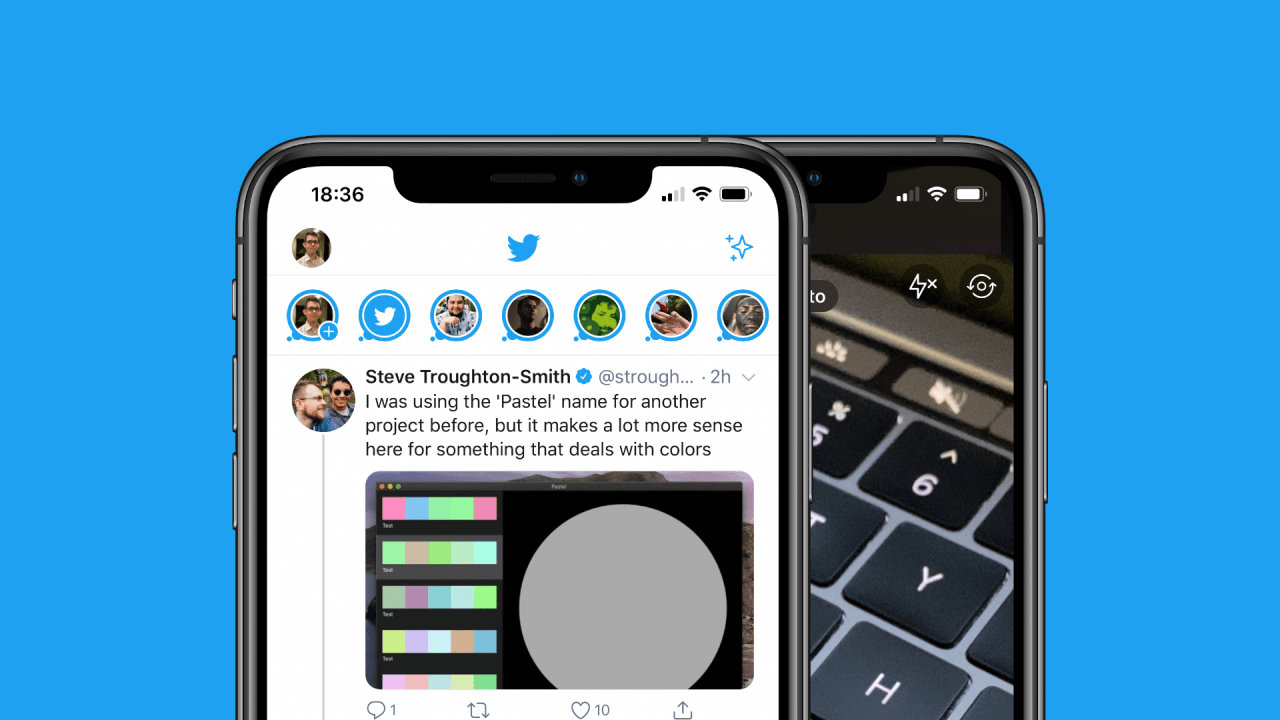 Twitter has announced a pair of new features today, including a full rollout of its Instagram Stories-like feature Fleets. Twitter has also revealed plans to roll out a new conversational audio feature dubbed Spaces.

Twitter first started testing the Fleets feature back in March in select countries, but it will start rolling out to everyone today. The feature is essentially Twitter’s take on Snapchat and Instagram stories, allowing users to post ephemeral content to their profile.

Fleets will be accessible at the top of the Twitter app, again similar to the stories carousel in Instagram. When you post something to Fleets, it will be available for 24 hours before disappearing. Sound familiar?

“People feel more comfortable joining conversations on Twitter with this ephemeral format because what they’re saying lives just for a moment instead of feeling like it’s around forever,” Harris said.

That’s not the only new feature coming to Twitter. The company has also announced a new Spaces feature, which will allow users to join virtual rooms and take part in real-time audio conversations with other users. This is like Clubhouse, a popular startup that offers similar audio conversation features.

“It’s not a ‘Here’s an interesting startup doing something interesting. Let’s try and replicate it,’” Beykpour said. “It’s very fundamental for us. If we want Twitter to be a place where we can have thoughtful conversations, we need to support a wide spectrum of those conversations.”

Twitter is also taking a cautious approach to rolling out Spaces as it learns how to moderate the audio conversations. The lack of moderation has been one of the key criticisms of Clubhouse since its launch.

At the start of that testing, Spaces will only be available to users who are women or of marginalized backgrounds, the company said. Those are users who face a disproportionate amount of harassment on Twitter, said Maya Gold Patterson, Twitter staff product designer.

Fleets is rolling out to Twitter users starting today, and Spaces will roll out to select users before the end of this year. There’s no timetable on a full rollout of Spaces to everyone just yet.