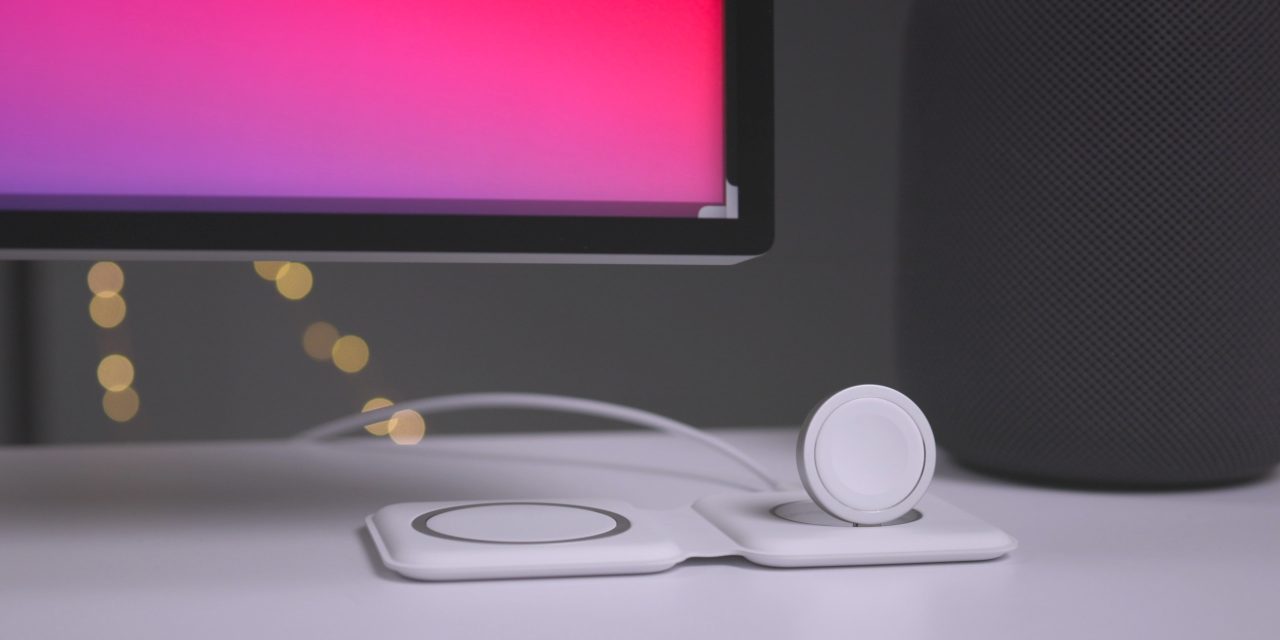 All of today’s best deals start with a new all-time low on Apple’s MagSafe Duo Charger at $100. You’ll also be able to save on 13-inch M1 MacBook Air alongside official iPhone 12 cases from $20. Hit the jump for all that and more in the latest 9to5Toys Lunch Break.

Best Buy currently offers the Apple MagSafe Duo Charger for $100. Down from its $129 going rate that you’ll still pay at Amazon, today’s offer amounts to over 22% in savings, marks only the second notable price cut, and is a new all-time low.

Apple’s 2-in-1 charging pad leverages MagSafe in order to top off your iPhone 12 series device with up to 15W speeds. That pairs with a folding design, as well as an integrated Apple Watch puck to streamline your nightstand charging setup and more.

Amazon offers the Apple M1 13-inch MacBook Air 512GB for $1,175. Down from its usual $1,249 going rate, you’re saving $74 with today’s offer beating our previous mention by $10 and marking the best we’ve seen to date on the higher-end configuration.

Apple’s new MacBook Air packs a familiar 13-inch design but with completely overhauled internals that deliver stellar battery life and notable performance gains despite a fan-less build. On top of 512GB of storage and 8GB of RAM, this model steps up from the base model to an 8-core CPU. There’s also a pair of Thunderbolt 4 ports here as well as Apple’s Magic Keyboard.

Amazon currently offers the official Apple iPhone 12 mini Leather MagSafe Case for $24. Down from its $59 going rate, today’s offer amounts to $35 in savings, is one of the very first price cuts, and marks a new all-time low.

Apple’s official MagSafe case covers your iPhone 12 mini in a specially tanned and finished leather that’s complemented by machined buttons to round out the premium stylings. Alongside magnets that allow it to snap right onto the back of your device, there’s also support for Apple’s MagSafe charging features, as well. Shop other styles from $20 right here.

Amazon currently offers the mophie 4-in-1 Wireless Charging Mat for $123. Down from the usual $150 going rate, today’s offer saves you over $26, comes within $3 of the all-time low, and is the best price in over two months.

As one of the latest additions to mophie’s stable of chargers, its new 4-in-1 mat arrives with the ability to top off all of the gear in your Apple kit. With four different 10W Qi pads, you’ll be able to refuel a pair of iPhones alongside two pairs of AirPods or other earbuds. There’s also a USB port around back to plug in an Apple Watch charging puck to refuel a fifth device.

Save on Twelve South AirFly audio adapters from $39

Amazon is currently discounting several Twelve South AirFly audio adapters headlined by the Pro model at $47. Down form its $55 going rate, today’s offer comes within $4 of our previous mention and is the best we’ve seen since January.

AirFly Pro allows you to pair two sets of headphones to anything with a standard AUX port. Twelve South’s accessory touts 16-hour battery life alongside USB-C charging. So whether you plan to get some co-op Switch action going with headphones on or want to wirelessly stream audio through a car’s stereo, this is a notable accessory to have in your kit.

Review: Insta360 Go 2 is the simplest way to get great action footage [Video]