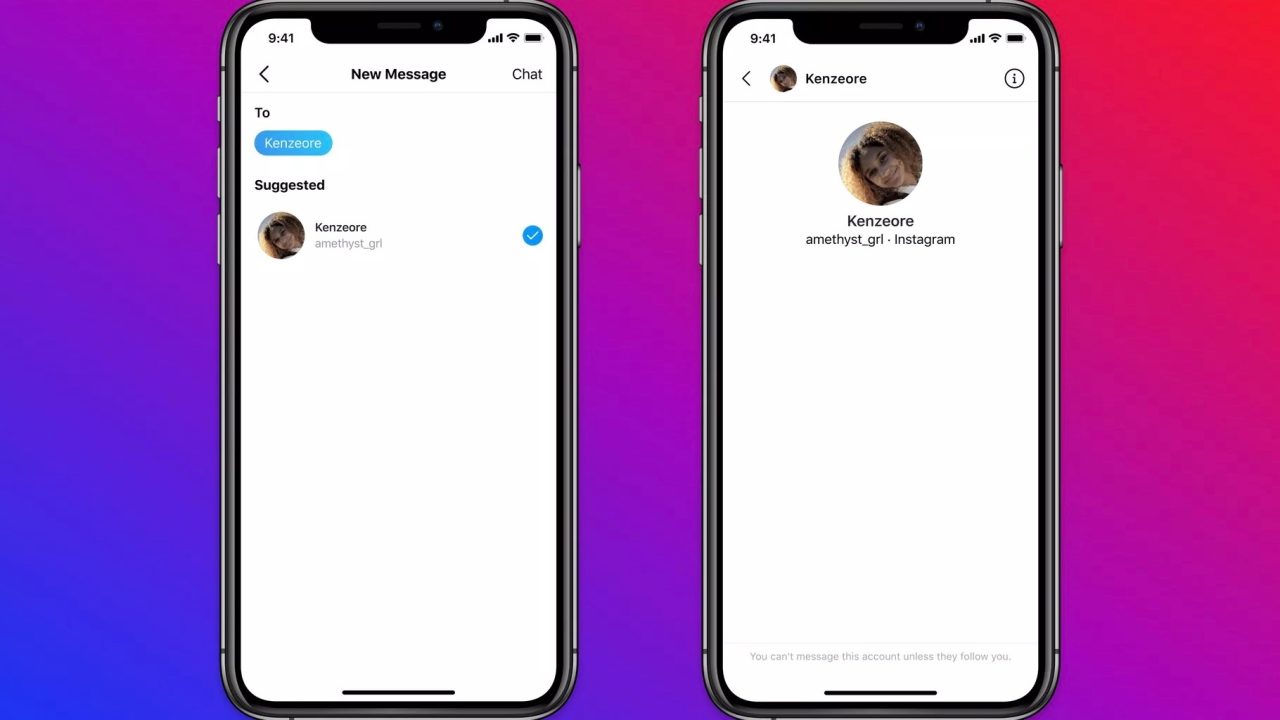 Instagram is taking several steps to make the service safer for its youngest users. Rolling out starting this month, adults won’t be able to send direct messages to teens who don’t follow them. On the flip side, Instagram will give warning alerts to teens before sending messages to adults who have a history of “suspicious behavior.”

Reported by The Verge, as these new safety features rollout, adults who try to message teens who don’t follow them will get a prompt that says “You can’t message this account unless they follow you.”

However, there’s still the issue of keeping young users stay safe if they follow or start a message with an adult. For that, Instagram is going to give safety notices to teens making sure they know they can restrict, report, and block users.

The prompt also gives reminders that say “Don’t feel pressured to respond,” “Only share with people you trust,” and “Your safety comes first.”

The safety prompts will show up when Instagram’s mod systems determine an adult account has some history of “suspicious behavior.”

Notices will appear when Instagram’s moderation systems spot suspicious behavior from adult users. The company is not sharing detail on how these systems operate but says such suspicious behavior could include sending “a large amount of friend or message requests to people under 18.”

Instagram didn’t share which countries the new features will be arriving in this March, but said it will come to some countries “this month” and then arrive globally “soon.”

The service is also working on an AI-based system to prevent kids from lying about their age when making an account:

Instagram also says it’s developing new “artificial intelligence and machine learning technology” to try and detect someone’s age when they sign up for an account. Officially, the app requires that users are aged 13 and above, but it’s easy to lie about one’s age. The company said it wants to do “more to stop this from happening” but did not go into any detail about how new machine learning systems might help with this problem.

Finally, Instagram says when teens make a new account, it will recommend setting their profile as private. And if they do make it public, they’ll give a reminder later about the benefits of private accounts and encourage them to switch.