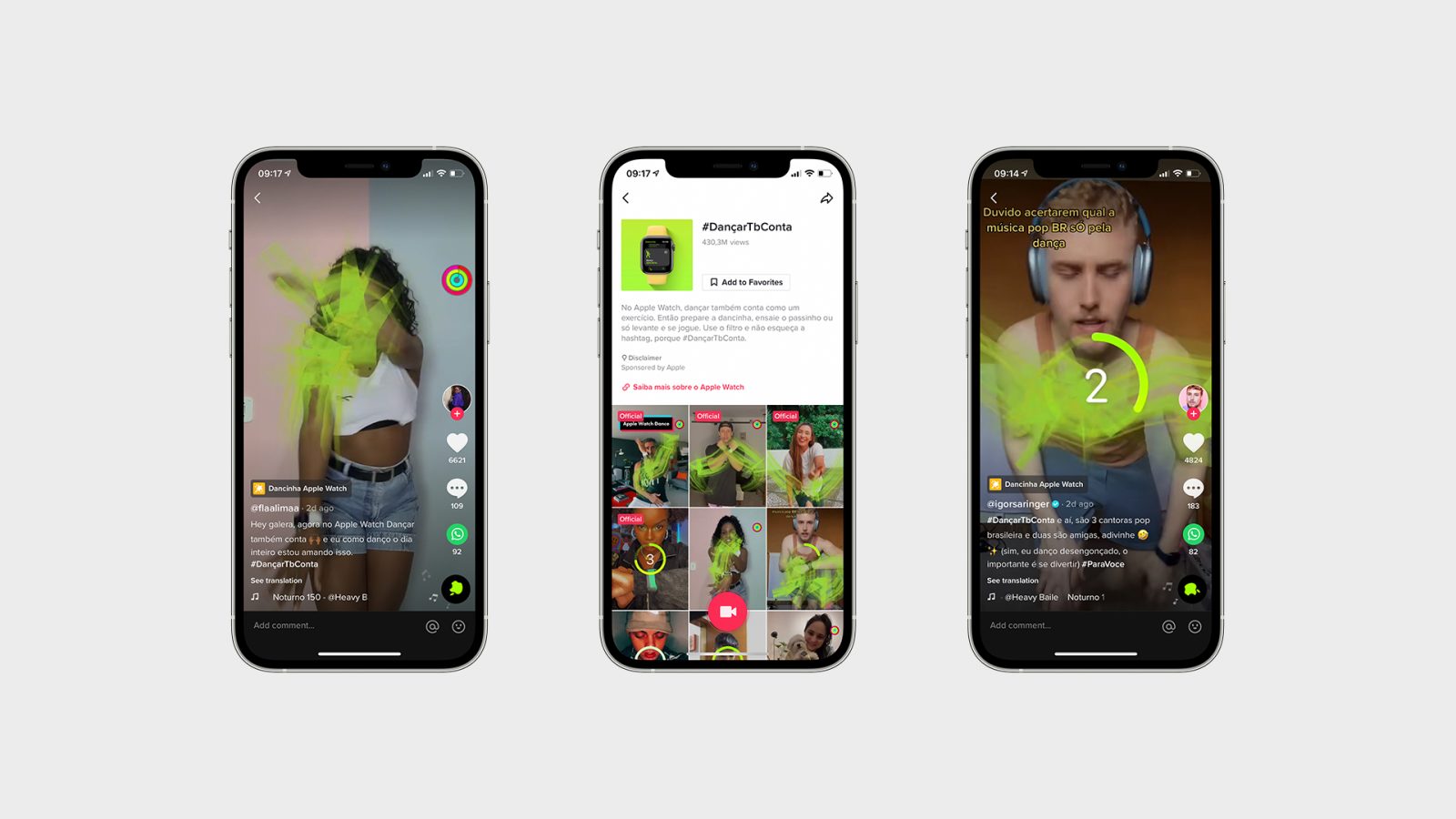 Apple is promoting a new TikTok challenge in Brazil featuring the Apple Watch. With the hashtag #DançarTbConta – which translates to “Dancing also counts [as an exercise]” – Apple takes advantage of the popularity of the app in the country while promoting dance exercise on the Watch.

“On The Apple Watch, dancing also count as an exercise. So prepare your dance moves, rehearse or just enjoy and dance. Use the filter and don’t forget the hashtag, because #DançarTbConta.”

In this new TikTok challenge, which has been seen almost 500 million times since it launched on Monday, the user must use the song “Noturno 150 – @Heavy Baile,” and use the filter “Dancinha Apple Watch,” which simulates an Apple Watch-style exercise countdown with green lights across the screen when you move, to participate in this challenge.

Some familiar faces from Brazil appear in this new trend, such as TV presenters and social media influencers..

Apple also includes a link that takes the user to the Apple Watch Series 6 page. Let’s remember that the watchOS 7 recognizes more dance exercises than ever before.

If you also want to try this new trend, just click here.