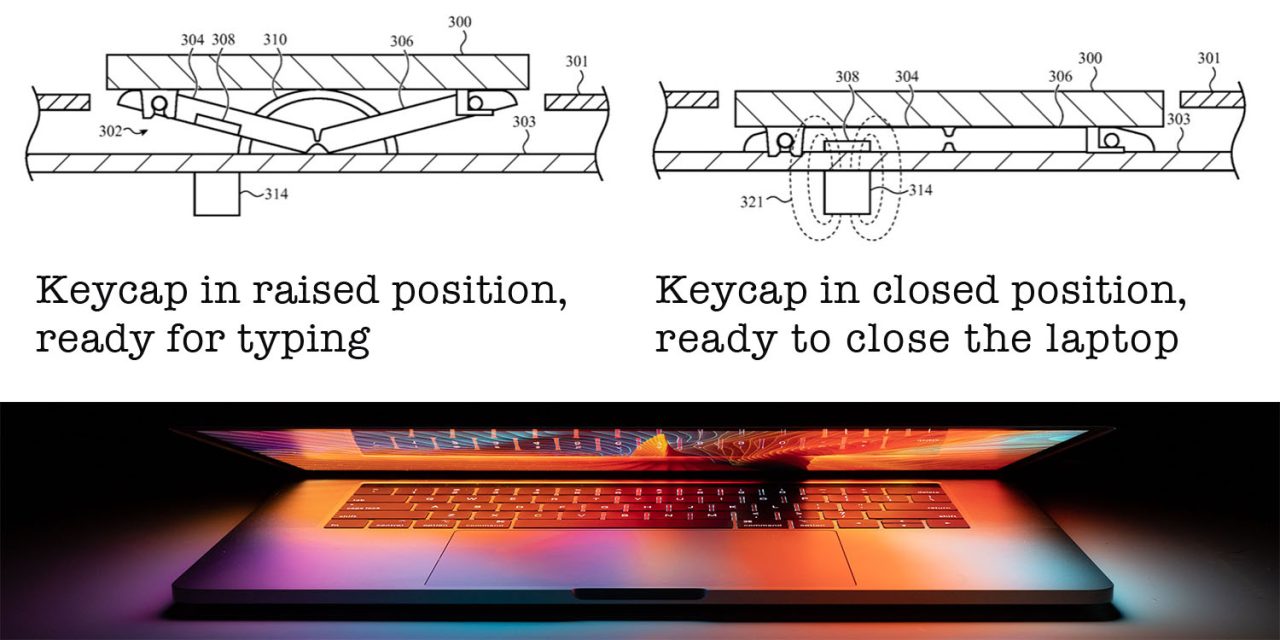 This patent doesn’t go that far, but does enable Apple to make laptops thinner while still retaining physical key movement.

Apple explains in the background that physical keyboards make laptops thicker than would be the case with touch-based keys.

Keyboards may include keys with keycaps that move when pressed by a user, and the motion of the keycap may trigger a connected device to perform some action or function. As another example, handheld electronic devices such as smartphones may include buttons with actuation members that move when pressed and cause the electronic device to perform some action or function. Due to the movement of keycaps or other actuation members, input devices with movable components may be larger than input devices that lack movable components.

What Apple proposes is to use a magnet system to allow the keys to function normally when in use, but to retract them inside the bottom case when the laptop is closed.

The keycap may be bistable (that is, capable of being held in either of two positions without external force); the position of the keycap may vary as the magnetizable material is magnetized or demagnetized.

At first glance, this would appear to be describing an electromagnet system, which would involve power being used to hold the keys in the retracted position. However, the patent makes it clear that this wouldn’t be the case: Apple would instead use materials that require an initial application of power to magnetize them, and they then remain magnetized when power is cut.

Apple gives aluminum nickel cobalt iron and chromium cobalt iron as examples of suitable materials for use in the retractable keyboard.

Of course, the usual patent disclaimer applies – Apple patents numerous things that it never brings to market – but just the thought of a new MacBook keyboard design is enough to make me feel a touch nervous…