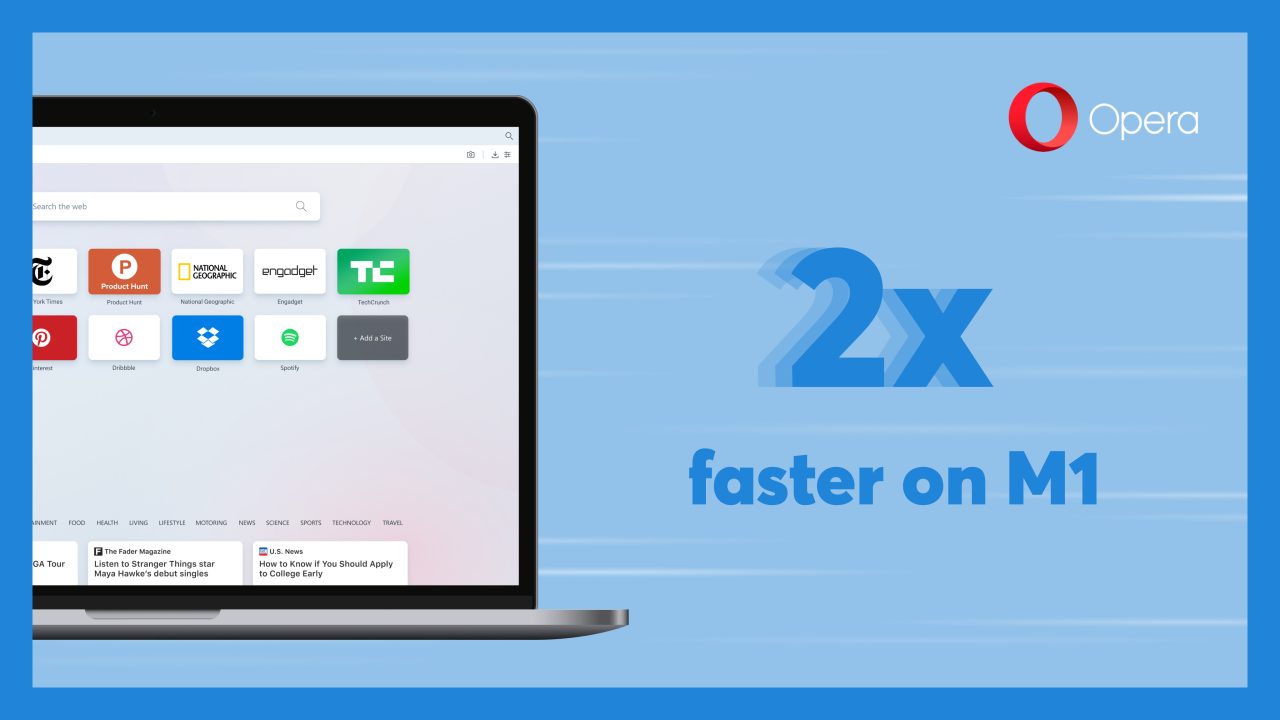 Opera is out today with the latest update for its Mac browser. The new release brings official Apple Silicon support and the company says users can expect performance that’s two times faster on M1 Macs.

Last week Opera launched a modern redesign for its minimalist iPhone and iPad browser. Today the company has made its new Opera for Mac update available with the headline feature being Apple Silicon support.

Opera now natively supports the newest line of Apple M1 processors. With the transition from Intel to Apple Silicon chips, Apple is able to gain more control over the performance of Mac hardware and the software that runs on macOS.

Like Apple, Opera’s goal is to make your online experience as smooth as possible. With this latest release, Opera runs 2 times faster compared to the previous version of our browser. This means faster access to your favorite websites, and quicker transition to Opera’s built-in features like WhatsApp, Telegram, Twitter and Instagram – all neatly packed into the sidebar.

Along with the Apple Silicon optimization, the new Opera for Mac features the ability to set custom keyboard shortcuts for its Flow feature (comparable to Apple’s Continuity/Handoff) and more.

Speaking of speed, Opera now lets you set your own keyboard shortcuts to quickly access the Flow feature, which connects your computer browser with Opera on iOS and Android. This connection is an end-to-end encrypted chat with all your devices for sending notes, images, links, files – all the things you don’t want to miss. You can also now create shortcuts to Opera’s built-in Crypto Wallet, as well as the Player feature – a gateway to all your favorites on Apple Music, Spotify and YouTube Music.

The latest build of Opera for Mac should be available now from Opera’s website.