Concept: Here are some ways Apple could improve widgets, multitasking, and more with iPadOS 15 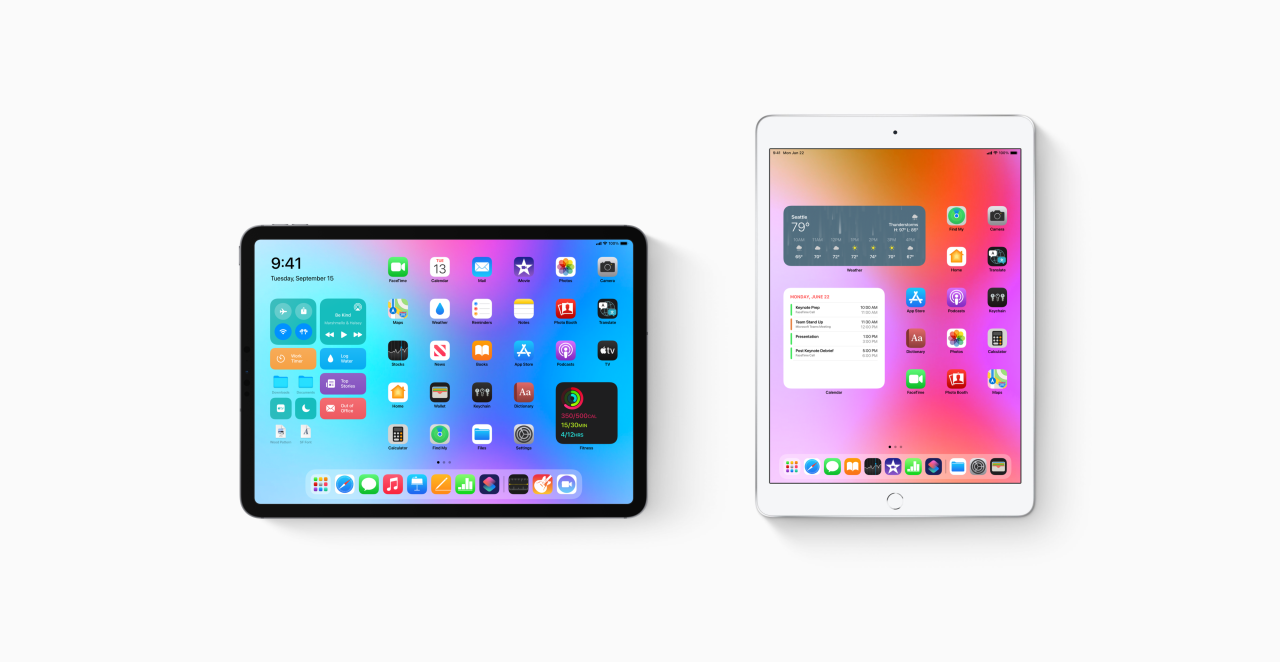 Designing for iPadOS is really difficult. I imagine there are countless battles among the Apple human interface team over what the right direction is for the platform. Apple set out on a path with iOS 11 and they’ve stuck to it since then, building on top of it every year. It’s become a house of cards that could come crumbling down with a single added idea. There are lots of folks who would like Apple to burn it all down and start over. I really can’t see Apple doing that. Imagining something seemingly as simple as adding widgets to the entire Home Screen is a monumental task, but it can totally be done.

Last year I worked on an extensive iPadOS 15 concept that completely rethought the Home Screen. Looking back on it, I see just how unrealistic it was. There are a few ideas that still hold true today, though, and I’ve refined them a bit to fit in better with the rest of this new concept.

Our iOS 15 concept imagined new apps like a dedicated Keychain app and a redesigned Weather app. Both of these things are obvious inclusions here for an iPadOS 15 that ships parallel to iOS 15. I’d also see things like stock position tracking, FaceTime screen sharing, and the enhancements to the Home app making their way onto the iPad as well. But since iPadOS is its own thing, it obviously earns its own slate of exclusive features.

Widgets!? Anywhere you want them?

Widgets in iPadOS 14 are stuck in the sidebar on the Home Screen. Unlike the iPhone, you can’t place them anywhere you want to. This is probably the number one thing users want to see in iPadOS 15. I can understand why Apple didn’t include this feature in iPadOS last year, as it takes a ton of time to figure out exactly how widgets could fit into the iPadOS Home Screen grid. Matt Birchler did an excellent explore on this that I highly recommend you check out. Widgets just don’t fit into the current grid at all. It takes new size classes, made specifically for iPad, as well as a tighter app grid.

Three new widget size classes could be introduced for iPadOS. They’d be the same general shapes as they are on iOS but optimized for the different grid. Having three universal size classes is just so much simpler than something like stretchable widgets. Lots of widgets could “just work” if Apple simply introduced these larger size classes in similar shapes to the existing ones. The biggest challenge is making widgets work in both portrait and landscape properly. In this case, it leaves lots of empty space above and below the grid, but it works really well. In fact, Apple already has plenty of empty space in portrait mode in iPadOS 14.

What takes over the sidebar?

In order to take advantage of extra space on the Home Screen, the sidebar should remain intact when in landscape mode. But since widgets can now be placed anywhere, the sidebar can become home to other things. I’ve imagined something I call “Pin Board.” It’s a place to pin control center toggles, shortcuts, folders, and files. It’s a modern take on the desktop, made specifically for iPad.

When iPad is used for work or creation, it’s likely being used in landscape mode. For example, when you use the Magic Keyboard, you’re locked into landscape mode. In portrait mode, you’re likely in content consumption mode. You don’t necessarily need access to files, folders, or settings. But you can access them all with a swipe from the left of the display like you can now with widgets.

Another very important feature missing from iPadOS 14 was the App Library. It makes a lot more sense on iPad than it even does on iPhone. You need a place to put any app you want in split view without going to the Home Screen. What I’ve done is placed an icon similar to that of Launchpad on the Mac on the left size of the dock. Since you can bring the dock up from anywhere, you could access the App Library from anywhere. It scrolls horizontally and doesn’t take up much space on your display.

There are a ton of changes that we’d like to see Apple make with iPadOS 15. In fact, we’re still working on some concepts we’re going to share soon. You might even notice some hints in the images throughout this post. But the Home Screen is fundamental to the platform and one of the biggest pain points at the moment. What do you think about these ideas? Let us know in the comments below!