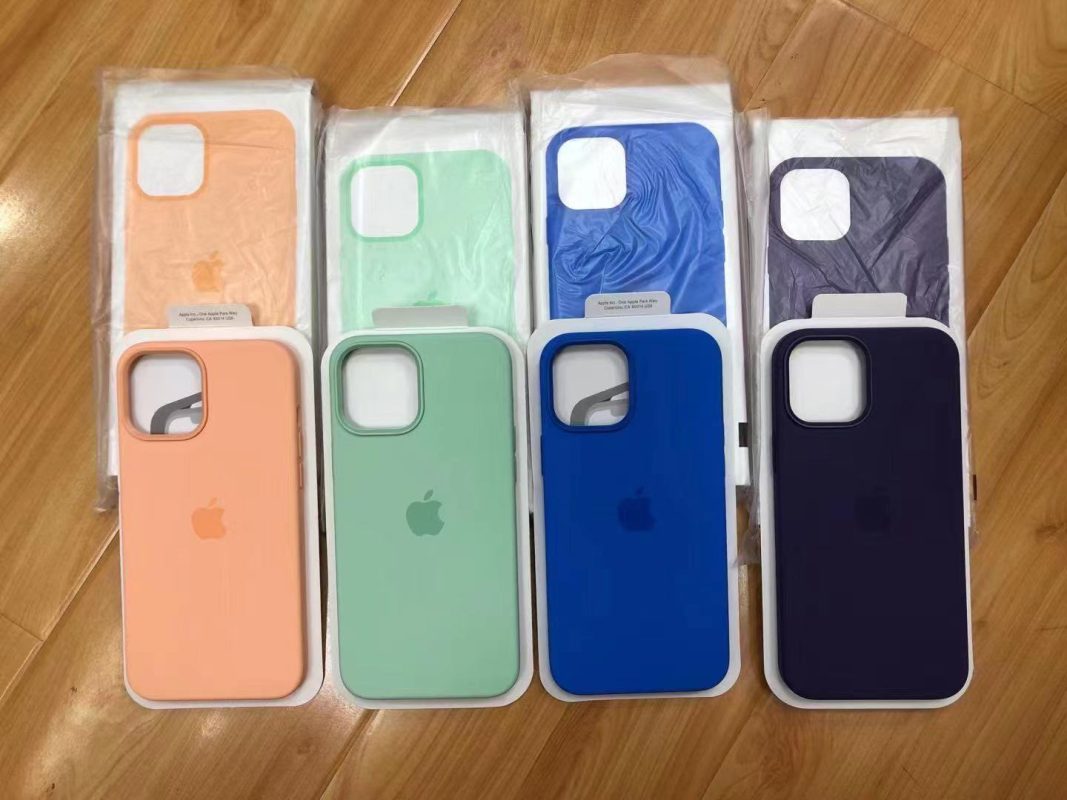 Earlier this month, some rumors began circulating on the web about Apple planning a spring refresh for its accessories lineup. More specifically, the iPhone 12 MagSafe cases are expected to get new colors. Now another sketchy photo gives us a closer look at what these new MagSafe cases should look like.

The photo was first shared on Twitter by an anonymous user identified as “Tommy Boi,” who interestingly joined the social network this month just to share the image. According to the user, these are the new spring colors for the iPhone 12 silicone cases with MagSafe. The colors match previous images shared by Duan Rui a few days ago.

The names of the new colors are still unknown, but they look like peach or sand, mint green, a new shade of blue, and a dark purple. An earlier report mentioned that there’s a fifth new color that should be introduced with the refresh, but there are no further details about it.

Jon Prosser retweeted the image on his Twitter claiming that these cases appear to be identical replicas of Apple’s upcoming cases, but it wouldn’t be a surprise if these leaked cases are the official ones.

Apple typically introduces new colors for its iPhone and iPad cases as well as Apple Watch bands in March to match the spring season. However, despite rumors, new accessories haven’t been released so far. As the company is expected to release new iPad Pro models later this month, it’s likely that the new accessories will hit stores at the same time.

And there’s also now a better picture of the new cases, plus a better look at the box — which seems to have been slightly redesigned with an illustration instead of a rendering of the case.