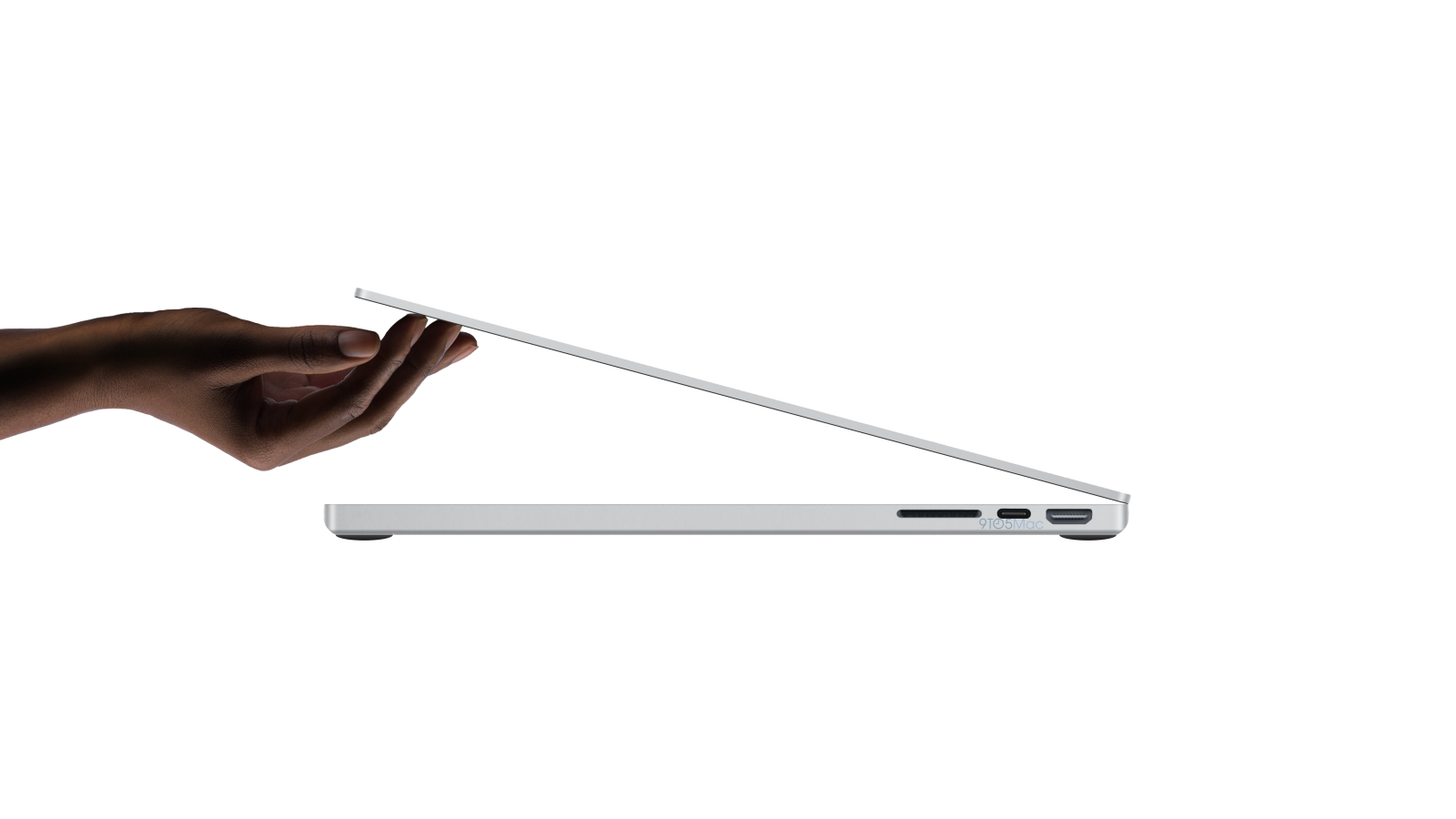 We continue to learn more about what Apple has in store for the 2021 MacBook Pro update. As we detailed earlier, a hacker group called REvil is currently in the process of blackmailing Apple supplier Quanta. The group has released detailed documents showcasing the 2021 MacBook Pro logic board, including details and imagery of new ports.

Images of the MacBook are mockups created by 9to5Mac’s Parker Ortolani based on the documents.

The documents also show that the 2021 MacBook Pro without a Touch Bar, which again has been previously reported by sources such as Ming-Chi Kuo. There is still a Touch ID button on the right-hand side of the function row, similar to the current MacBook Air.

It’s also important to remember the source of this leak. This is a sensitive subject, and 9to5Mac is only publishing details on what is readily available. The documents do not contain product imagery of any kind, so there is nothing to glean about the form factor changes that could be in store for the 2021 MacBook Pro. The documents are meant to show technical details about the Mac, rather than design details.

Thus far, only a handful of files have been released, but REvil is threatening to release more over the coming days. The documents include detailed schematics of the 2021 iMac that Apple announced yesterday, as well as the 2020 MacBook Air.