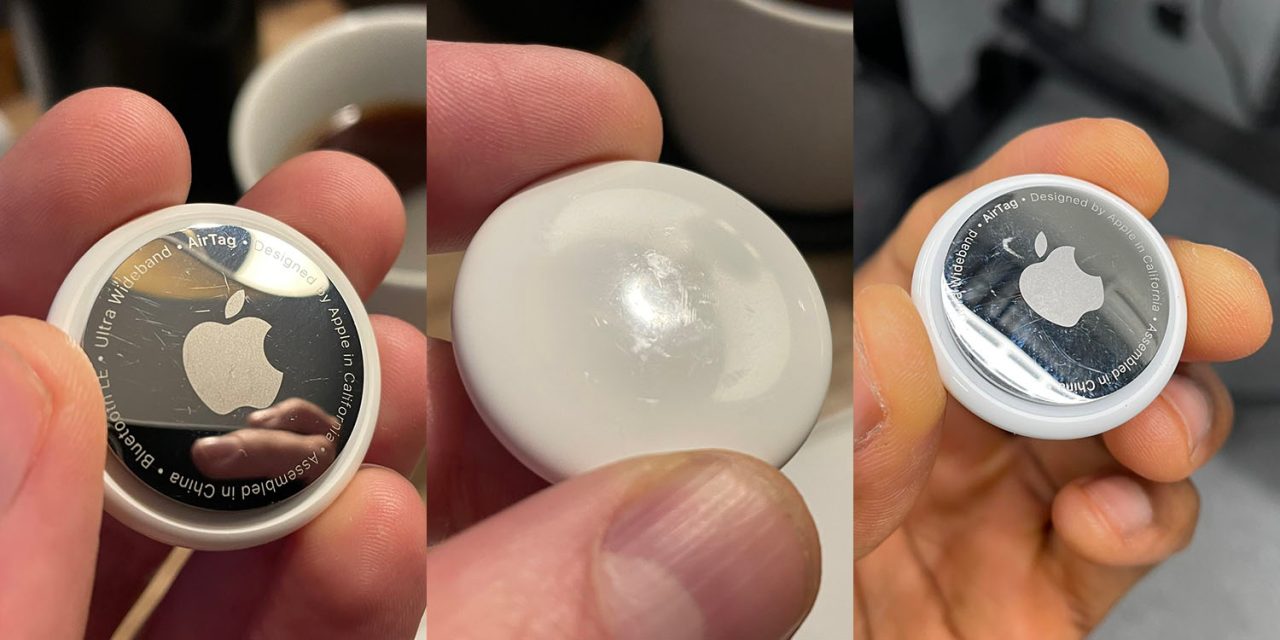 A number of reviewers and early users say you should definitely expect to see AirTag scratches, even if you are careful with them. Both the metal and plastic sides show scratches and other marks, show photos …

The first unboxings and reviews are out for Apple’s new AirTag smart item tracker and early impressions are positive – highlighting how well the products works, how smooth the integration with iPhone and Apple’s software is, the thoughtful security included, and more.

But there was one small issue. The shiny stainless steel surface of the AirTag certainly looks beautiful when it first arrives, but as we noted yesterday, that may not last for long. The Verge’s Dieter Bohn drew particular attention to the issue in his review.

You’ll soon find the plastic is scuffed and the chrome on the back is scratched. Sincerely, do not expect these to stay looking pristine for long — not since the weird early days of the iPod nano has an Apple product gotten scuffed this easily.

I noticed this too — very gentle handling but the one on my keychain is already scratched. That’s fine by me — maybe not so fine by the folks spending $300-450 on the Hermès accoutrements.

Personally, this doesn’t really bother me with this type of device – it’s not something I’m going to be spending any time looking at, and for the most part my aim will be to tuck them away out of sight. But for anyone who expects to keep theirs visible and will care about AirTag scratches, it’s just something to be aware of.

We looked yesterday at what might be next for the U1 chip needed to take advantage of AirTag, with some expressing surprise that it wasn’t built into the new Apple TV Siri remote. I also said that while I’ll be ordering a couple of packs of AirTags, to me the future of Find My tech is building it into third-party devices.