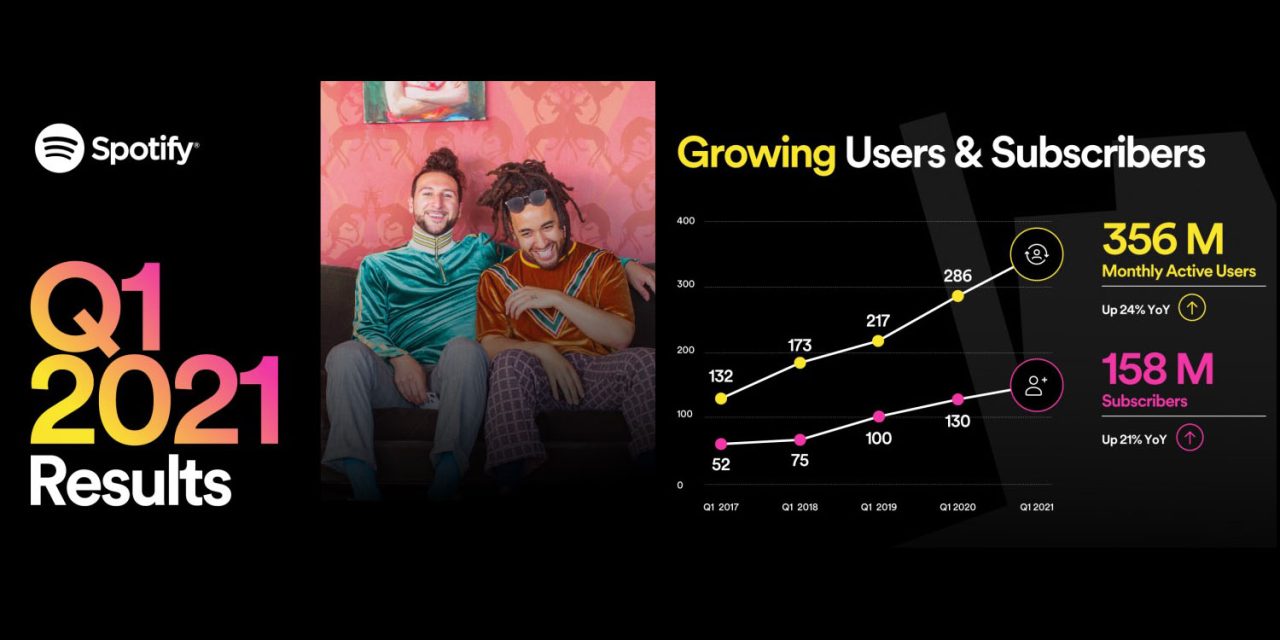 The number of Spotify paying subscribers hit 158M during Q1 of this year, says the company. It adds that North America was its strongest market.

Apple has remained quiet about its Apple Music paid subscriber base, but there are likely a couple of explanations for this …

The company made the announcement in its letter to shareholders.

Our Premium Subscribers grew 21% Y/Y to 158 million in the quarter, hitting the top end of our guidance range. In Q1, we added nearly 4 million subscribers, which drove healthy double digit Y/Y growth across all regions and was strong relative to a tough promotional comparison from Q1 last year.

The subscriber outperformance was fairly broad based and led by North America, where we saw stronger than expected performance of Trials & Campaigns and faster than anticipated growth in our Standard product. In Latin America, we saw outperformance driven by the continued success of our Family Plan product. We are pleased with the new market contributions, with South Korea being the biggest driver.

Our average monthly Premium churn rate for the quarter was down modestly Y/Y and flat Q/Q. The Y/Y improvement continues to be driven by the adoption of our higher retention offerings like Family Plan in addition to growth in high retention regions.

Spotify expects this growth rate to continue into the current quarter, and perhaps accelerate. Its forecast for additional paying subscribers is in the 4-8M range, which would see it reach 162-166M – despite the company’s recently announced price increases.

Spotify has benefited from pandemic lockdowns, which have driven demand for at-home entertainment, including music and podcasts.

What about Apple Music?

Historically, Apple announced its paid subscriber numbers when it hit 10M milestones. However, the last such update was way back in June 2019, when it hit 60M.

It seems inconceivable that the company hasn’t broken through 70M or more by now, so the smart money is on Apple keeping quiet not through embarrassment, but because it wants to keep the number to itself for commercial reasons.

In particular, the launch of the Apple One subscription bundle means that a significant number of former Apple Music subscribers will have switched to that. Apple One offers combined access to Apple Music, Apple TV+, Apple Arcade, and iCloud storage for a single monthly fee. That’s currently $14.95/month for individuals (with 50GB storage) or $19.95/month for families (with 200GB storage). There’s also a Premier tier that adds Apple News+ and Apple Fitness+ for $29.95/month. This boosts your combined family iCloud storage to 2TB.