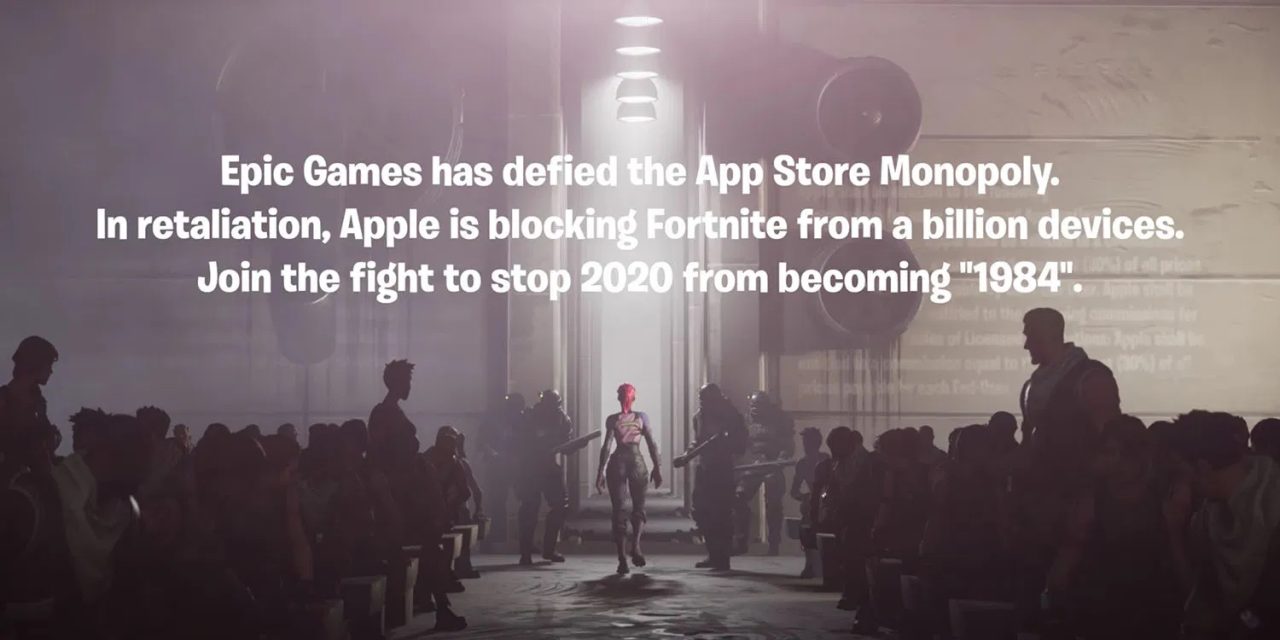 Today marked the beginning of the highly-anticipated Apple vs. Epic trial, and things kicked off with both companies presenting their opening statements. While Epic argued that Apple has built a monopolistic ecosystem surrounding the App Store and iPhone, Apple said that Epic fails to support its claims with any evidence.

Epic kicked things off today with its opening statement, focusing on painting Apple and the App Store as a monopolistic and anti-competitive ecosystem that fails to offer the benefits to consumers that Apple touts.

Epic’s opening slideshow included a slew of internal emails from Apple execs detailing how the company built its so-called “walled garden.” This included emails from Steve Jobs, Craig Federighi, Luca Maestri, Tim Cook, Eddy Cue, and Scott Forstall. The emails chosen by Epic aimed to illustrate the early decision making that went into the creation of the App Store, with Epic accusing Apple of creating anticompetitive guidelines from the start.

Epic also cited internal communication from Phil Schiller, where the Apple executive floated the possibility of reducing the App Store commission once the store reached $1 billion in profit.

Epic also took a specific aim at Apple’s claims that the App Store helps create a secure and trusted place for users to download apps. The company pointed to multiple examples of times Apple was internally aware of scam applications on the App Store, including one heated email from Phil Schiller about a “Temple Run” ripoff app making it to the top of the App Store charts.

Epic’s argument is that Apple touts its app review process as a key benefit of the App Store ecosystem when, in actuality, the process fails to catch hundreds of thousands of scam and phishing apps each year. The company specifically points a figure from 2017, when Apple said it removed more than 400,000 apps from the App Store.

“We submit that once the evidence is in, it will show unambiguously that Apple is a monopoly, it unlawfully maintains that monopoly, and that Epic has met its burden on all the claims,” the company concluded following its opening statement.

Here is the full slideshow of Epic’s opening demonstratives:

Apple’s lawyers were then given the opportunity to present their opening statement. Apple focused largely on the benefit provided to developers on its platforms. This includes access to Apple’s intellectual property, such as its variety of APIs and developer resources.

As we reported in April, Apple is also focusing heavily on “Project Liberty,” which is what Epic internally refers to as its strategy to publicly skirt the App Store and portray Apple “as the bad guy.” Its opening statement today also highlights that Epic CEO Tim Sweeney reached out privately to Microsoft to give the company a heads up about “an extraordinary opportunity” for consoles and PCs.

Apple also argued in its opening statements that Epic is arguing that Apple should turn iOS into Android, giving up its own competitive advantage, by allowing third-party app stores and payment processing solutions. Apple also pointed out that Epic asked for a special side deal from the company before launching the Project Liberty campaign.

At the heart of Epic’s argument is the 30% cut of transactions that Apple takes, but Apple said that this is standard industry practice and that Apple’s effective cut from the App Store has decreased over the years. Apple argued that if Epic prevails in this case, “other integrated ecosystems will fall too,” including Sony, Nintendo, Google, and Samsung.

Apple included a quote from Epic’s expert witness, David Evans, in which he touted the benefits of the App Store ecosystem in 2011:

“Apple has obviously made enormous profits and seen the market value of the firm increase because of the success of the iPhone and its application store. iPhone users have done very well also as a result of the tens of thousands of applications they can choose from, some of which enable them to do things that were not possible before.New markets have opened for entrepreneurs that use the iPhone, and some of them are earning significant profits or obtaining fame. By bringing developers and users together the iPhone has served as a catalyst which has created value—and profit—out of thin air.”

Apple argued that Epic is asking it to remove a layer of security from the iOS ecosystem, therefore putting its users at risk of compromise. The company acknowledged that its app review process is not perfect but noted that it has 500 “expert reviewers.”

“At the end of the day, to win the day, Epic has to convince the court of so many things that don’t make any sense,” Apple’s lawyers explained. “Epic speculates about a world where Apple is a different company. It’s asking the court to make a big bet that that world is a better world than the one we live in. It’s not.”

Here is the full slideshow of Apple’s opening demonstratives:

This is just the beginning of the Apple vs. Epic trial, which will run for the next three weeks. We expect even more interesting tidbits to come out as the trial runs its course. Apple executives Tim Cook, Craig Federighi, and Phil Schiller are all set to testify as well, though we aren’t sure when that will happen. Epic CEO Tim Sweeney is testifying today.

Stay tuned to 9to5Mac for continued coverage of the Apple vs. Epic case going forward.