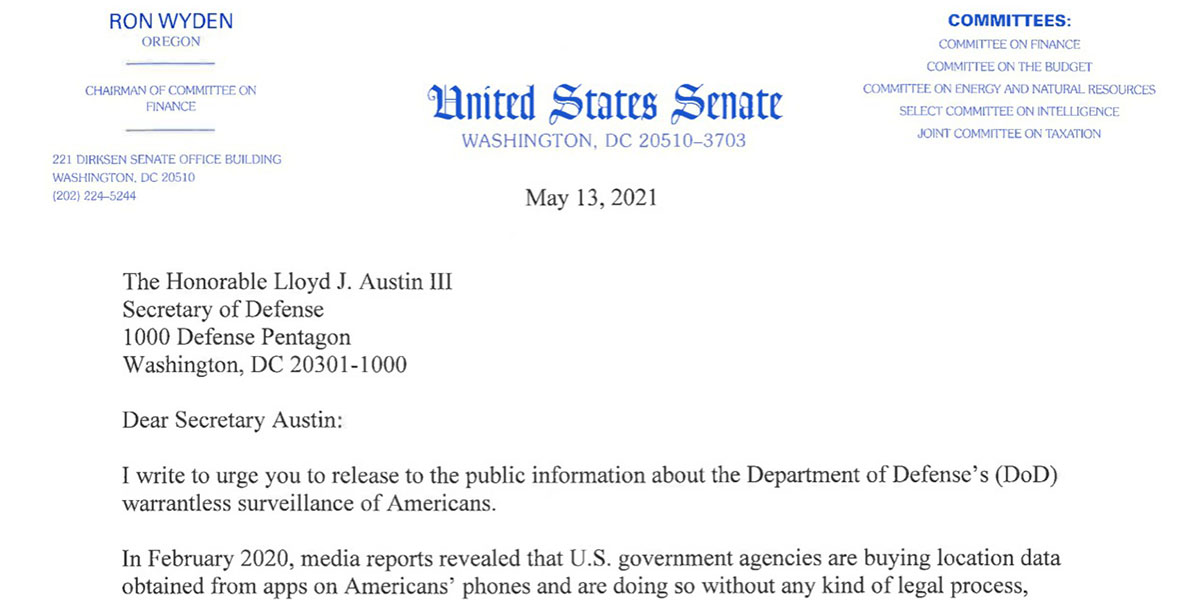 A senator investigating reports of the DoD tracking US citizens without warrants says that he is unable to share his findings with the public. Senator Ron Wyden says that, although he received responses from the Department of Defense, the answers given to him included classified information.

It is common for apps to sell data to data brokers, which includes location data. Although this is intended to be anonymized for privacy, previous reports have shown that it can often be trivially tied to specific individuals.

Two reports last year claimed that US government agencies buy this data. A freedom of information request in August appeared to confirm that the US Secret Service bought smartphone location data harvested from popular apps, and a separate one later the same year said that the US military did the same, including data from Muslim prayer and dating apps.

Senator Wyden’s office asked the Department of Defense (DoD), which includes various military and intelligence agencies such as the National Security Agency (NSA) and the Defense Intelligence Agency (DIA), for detailed information about its data purchasing practices after Motherboard revealed special forces were buying location data.

The responses also touched on military or intelligence use of internet browsing and other types of data, and prompted Wyden to demand more answers specifically about warrantless spying on American citizens.

Some of the answers the DoD provided were given in a form that means Wyden’s office cannot legally publish specifics on the surveillance; one answer in particular was classified.

In the letter Wyden is pushing the DoD to release the information to the public. A Wyden aide told Motherboard that the Senator is unable to make the information public at this time, but believes it would meaningfully inform the debate around how the DoD is interpreting the law and its purchases of data.

Wyden said that while he couldn’t reveal the classified answer to one of his questions, he can share the question that prompted it.

The fact that the response was classified strongly implies that the answer is yes.

Wyden says that the response he received should not be classified, since it does not meet the requirement for classification – namely, that publication of it would damage national security.

Other than DIA, are any DoD components buying and using without a court order location data collected from phones located in the United States?

The right of the people to be secure in their persons, houses, papers, and effects, against unreasonable searches and seizures, shall not be violated, and no Warrants shall issue, but upon probable cause, supported by Oath or affirmation, and particularly describing the place to be searched, and the persons or things to be seized.