Users asked to rethink that sketchy Tinder message – and it works 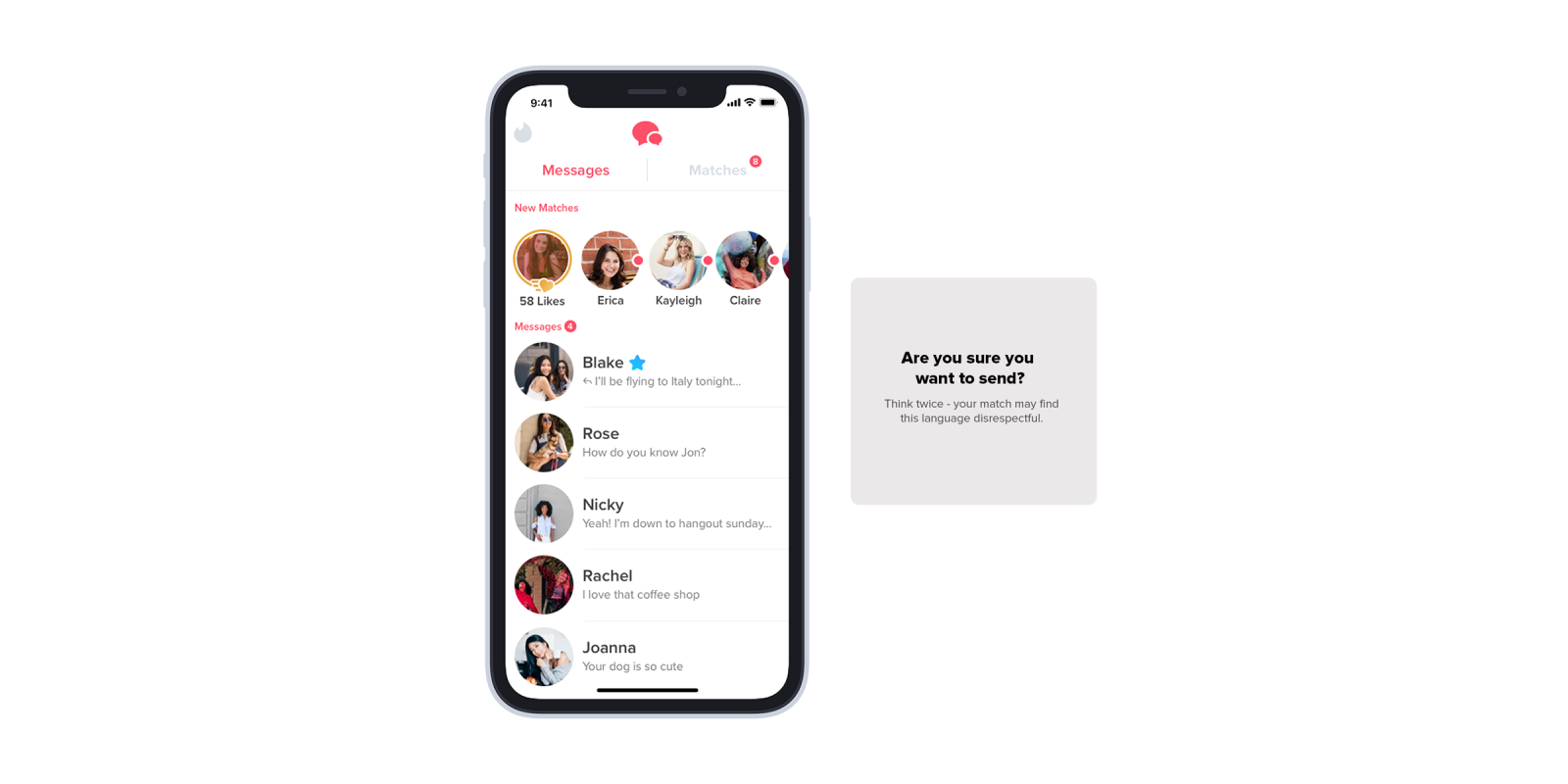 Tinder is to start rolling out a feature designed to detect sketchy Tinder messages before they are sent. Authors of inappropriate messages will be asked whether they really want to send – and, surprisingly, this gentle approach does appear to work …

The company made the announcement today.

Tinder is rolling out Are You Sure? (AYS?), a first-of-its-kind feature in the dating space that is reducing harassment in the app [which] serves as a real-time warning to think twice about their opening line.

It uses AI to detect harmful language and proactively intervenes to warn the sender their message may be offensive, asking them to pause before hitting send. The AI was built based on what members have reported in the past, and it will continue to evolve and improve over time.

AYS? joins the suite of harm reduction tools Tinder already has in place, including Does This Bother You?, which provides proactive support to members when harmful language is detected in a message they received, all of which have contributed to more matches and longer conversations during the app’s busiest year yet.

I’m not quite sure why this would need AI; you would have thought simple keyword matching would be enough to detect most offensive and inappropriate messages, especially as their authors don’t tend to be noted for their creativity or literary flair. But I must confess I like the idea of using artificial intelligence to detect messages sent by people lacking the real thing.

One might have thought that anyone crass enough to send a hate message wouldn’t be deterred by a simple “Are you sure?”‘ prompt, but Tinder says they are.

Early results show Tinder’s harm reduction features are creating a better environment for everyone. Members who saw the AYS? prompt were less likely to be reported for inappropriate messages over the next month, which indicates AYS? is changing longer-term behavior, not just behavior in one conversation […]

Perhaps idiots realize that if even an app is raising an eyebrow, it’s time to find something more productive to do with their time.

The move has been welcomed by RAINN (Rape, Abuse & Incest National Network).

“By conveying their expectation for respectful communication, and letting users pause a moment to rethink a message that might offend, Tinder is engaging its community to create a safer platform. And by giving users an easy way to flag harassing messages, this new tool will help Tinder identify — and take action against — those users who are unwilling to act responsibly,” said Scott Berkowitz, president of RAINN. “We’re pleased by the early results of these new tools, and look forward to them being rolled out to all Tinder users.”

Tinder has been working for some time on testing a range of tools intended to make the app a more welcoming place for women. Back in 2018, it tried an option for women that ensured only they could make initial contact, and last year it introduced Tinder verification and a panic button feature.