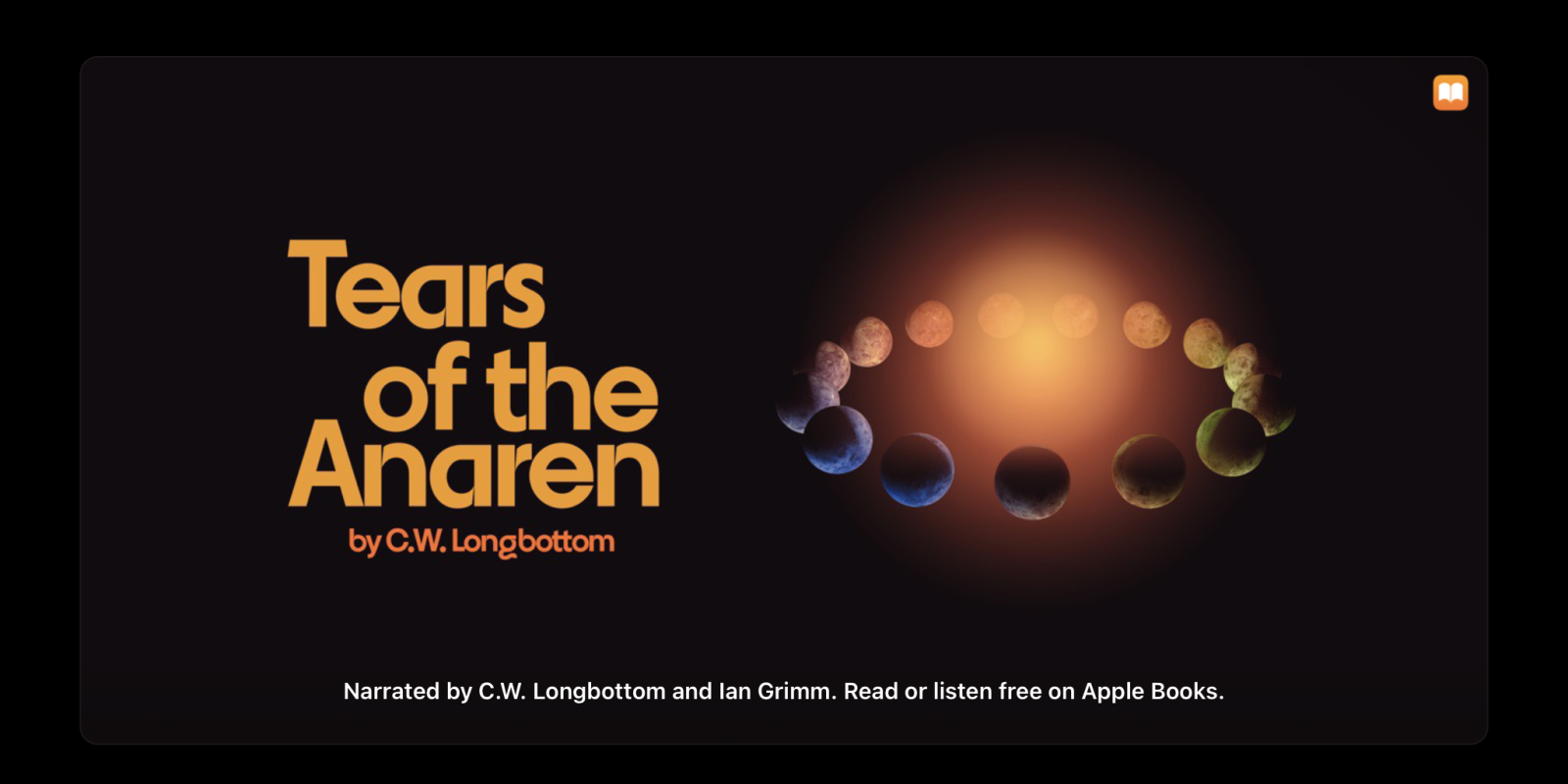 From free pizza to AR experiences, Apple TV+ shows have had clever and thematic promotional tie-ins. The latest from Mythic Quest is for the episode that aired Friday and lets you listen to a Tears of the Anaren audiobook.

This is specifically the short story seen at the start of episode 6 that stars Josh Brener as a young C.W. Longbottom. The in-universe explanation for this book and audiobook is that Tears of the Anaren was “recently recovered” and that C.W. “agreed to release this previously unpublished precursor to his great opus.”

What connects tantalizing yet tender alien romance with the biggest multiplayer video game of all time? Seasoned storyteller C.W. Longbottom, the Nebula Award-winning science-fiction and fantasy author and head writer of Mythic Quest. C.W. found literary fame with Inside the Caves of Beneroth and Tears of the Anaren, but even his most loyal fans don’t know that Tears of the Anaren began as a short story he wrote in the early 1970s while interning at Amazing Tales magazine.

It comes in at 28 pages (or 46 minutes for the audiobook) and includes an introduction, as well as a meaningful afterword that hammers home the bottle episode message, from Ian Grimm, though he is literally described as the “iconoclastic creator of Mythic Quest.”

However, the best way to experience Tears of the Anaren — original pronunciation — is through the audiobook narrated by both F. Murray Abraham and Rob McElhenney. C.W. and Ian provide absolutely hilarious commentary throughout that reveals some “fun” history.

“Backstory!” is season 2’s flashback episode, while “A Dark Quiet Death” last year got a playable demo of DQD. Tears of the Anaren is exclusive to Apple Books and cannot be found on Amazon Kindle or Google Play Books. The concept of a tie-in audiobook is similar to how HBO’s Veep had Selina Meyer read her autobiography.