Understanding how Universal Control works (and how it doesn’t) 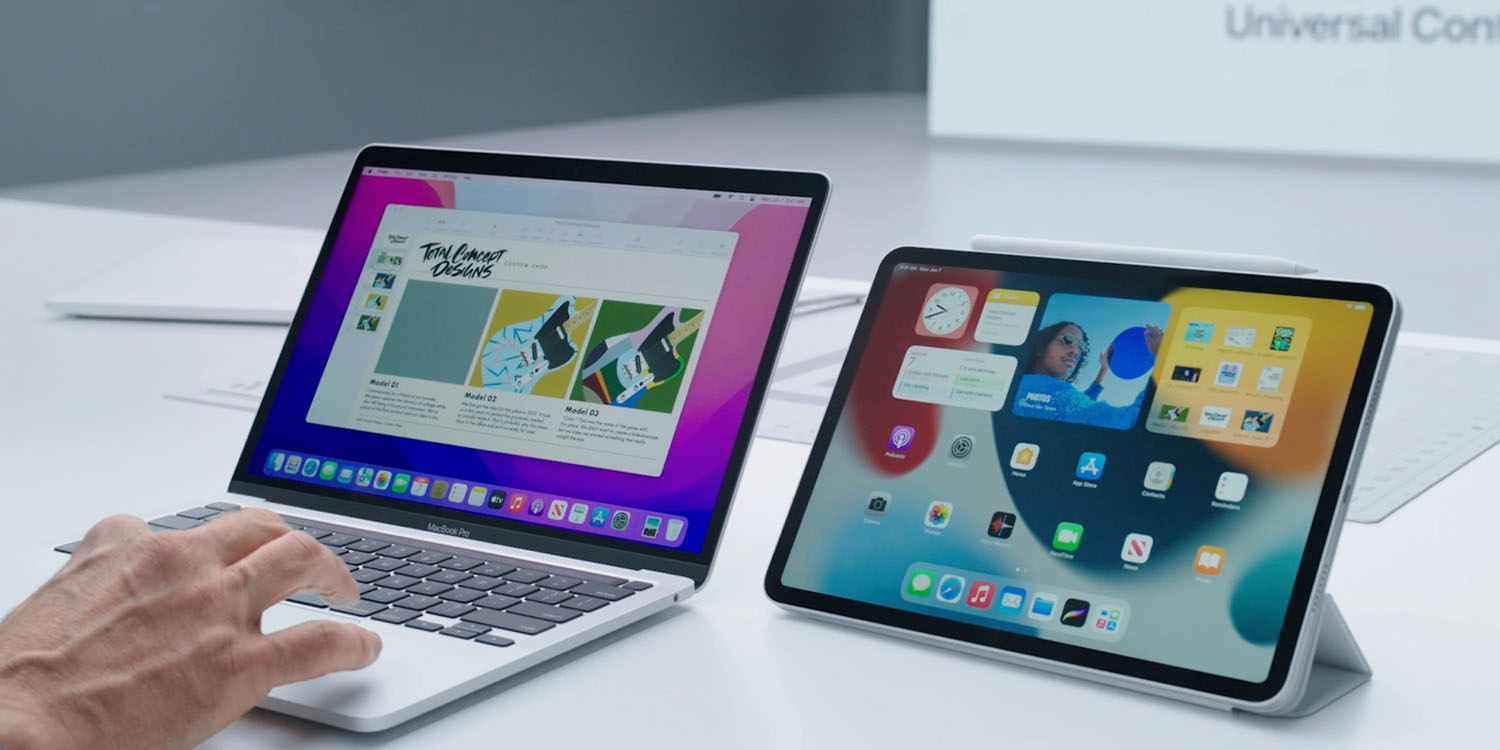 We got a demo of how Universal Control works during Apple’s demo yesterday, but it left a few unanswered questions.

For example, we saw Craig Federighi drag his cursor from a Mac on the left to an iPad on the right – but how did Universal Control know where the iPad was in relation to the Mac? …

The Verge has the answer to this, and some other questions. The answer to the above question is: It doesn’t. Instead, it just waits until you try to drag the cursor past one side of the screen or the other, and assumes the device you want to reach is on that side.

First, you need to get the iPad and Mac relatively close to each other. Universal Control is built off the same Continuity and Handoff features that have long been a part of iOS and macOS. When the devices are close enough, their Bluetooth modules let each other know. Of course, all the devices here need to be on the same iCloud account for this to work.

Then, you start up Universal Control by dragging your mouse pointer all the way to the left or right edge of your Mac’s screen, then a little bit beyond that edge. When you do, the Mac will assume that you’re trying to drag the mouse over to another device, in this case the iPad.

So there’s no UWB location detection, just good old assumption. One note is that if you have lots of compatible devices, Monterey assumes that you’re dragging towards the last iPad or Mac you interacted with.

At this point, a Wi-Fi Direct connection is made and the iPad will show a small bar on the side with a little bump. It’s a sort of indicator that the iPad is aware you’re trying to drag a mouse into it. Keep dragging and pow, the bump breaks free into a circular mouse pointer. When the mouse is on the iPad screen, both it and the keyboard on your Mac control the iPad. Move it back to the Mac, and you control the Mac.

There’s a neat UI element that lets you drag up or down to choose the vertical position on the iPad screen the cursor will appear, so that you can virtually align the screens to match their respective physical positions.

Another question is: How many devices can you control at once? The answer to that is three – and you can choose a default device.

Developers won’t be able to see for themselves how Universal Control works just yet, as it’s not included in the first developer beta – but once Apple does make it available, it will certainly be interesting to see whether it works as seamlessly as it did in the demo.