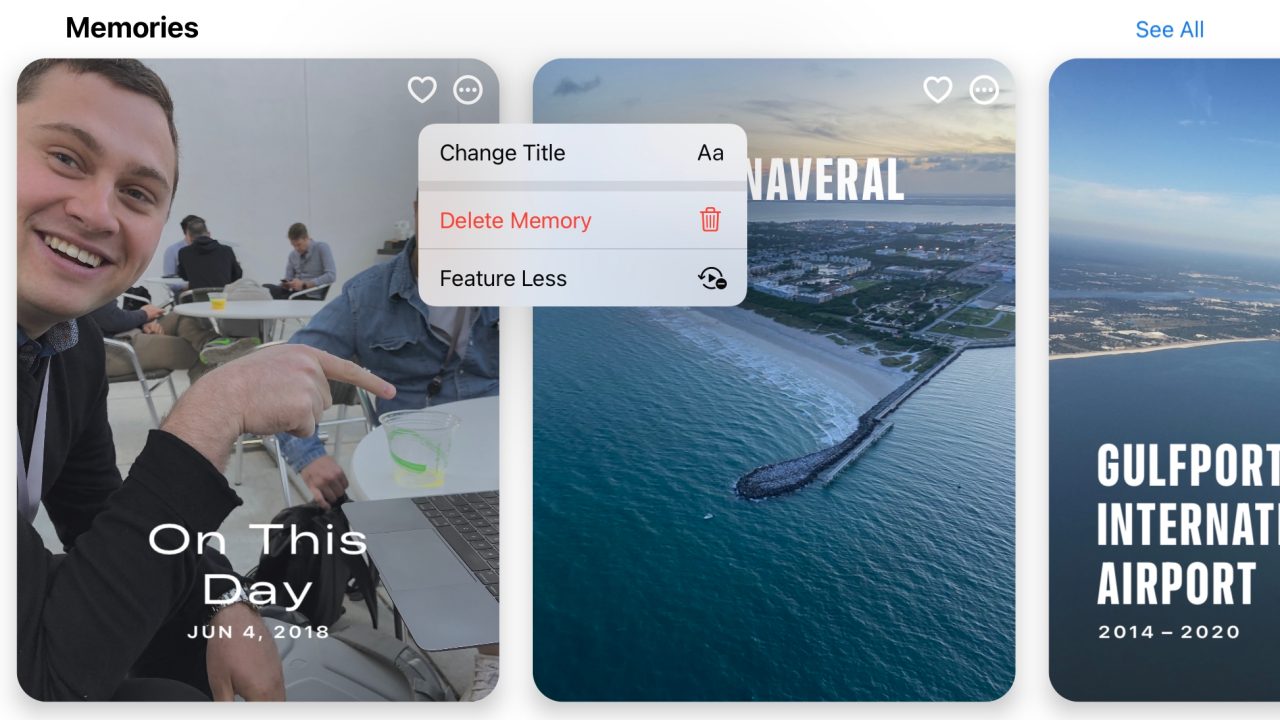 Photos in iOS 15 will finally let users mark specific subjects for featuring less often in Memories, widgets, and more. The feature is one of many new changes coming to Apple’s Photos experience this fall.

The new option is already available in the first beta version of the new operating system. Tapping the options icon (a circle with three dots within) on a featured image or collection of images reveals a new Feature Less action.

Asking Photos to feature a photo less won’t remove it from your Photos library all photos section. Instead, you can expect to no longer see the collection appear prominently throughout the Photos experience. This includes in the generalized Library tab, the Photos widget, Memories, and the Featured Photos section.

There isn’t yet a way to reverse your decision to feature a specific subject less often in Photos on an individual basis, but you can reset suggested peopled and memories in the Photos section of the Settings app.

Will the new Feature Less option be enough to solve Photos lacking understanding of real life events? Feature Less isn’t exactly Feature Never, but it’s a step in the right direction. This also shows that Apple is listening to users articulating that not all memories are happy memories.