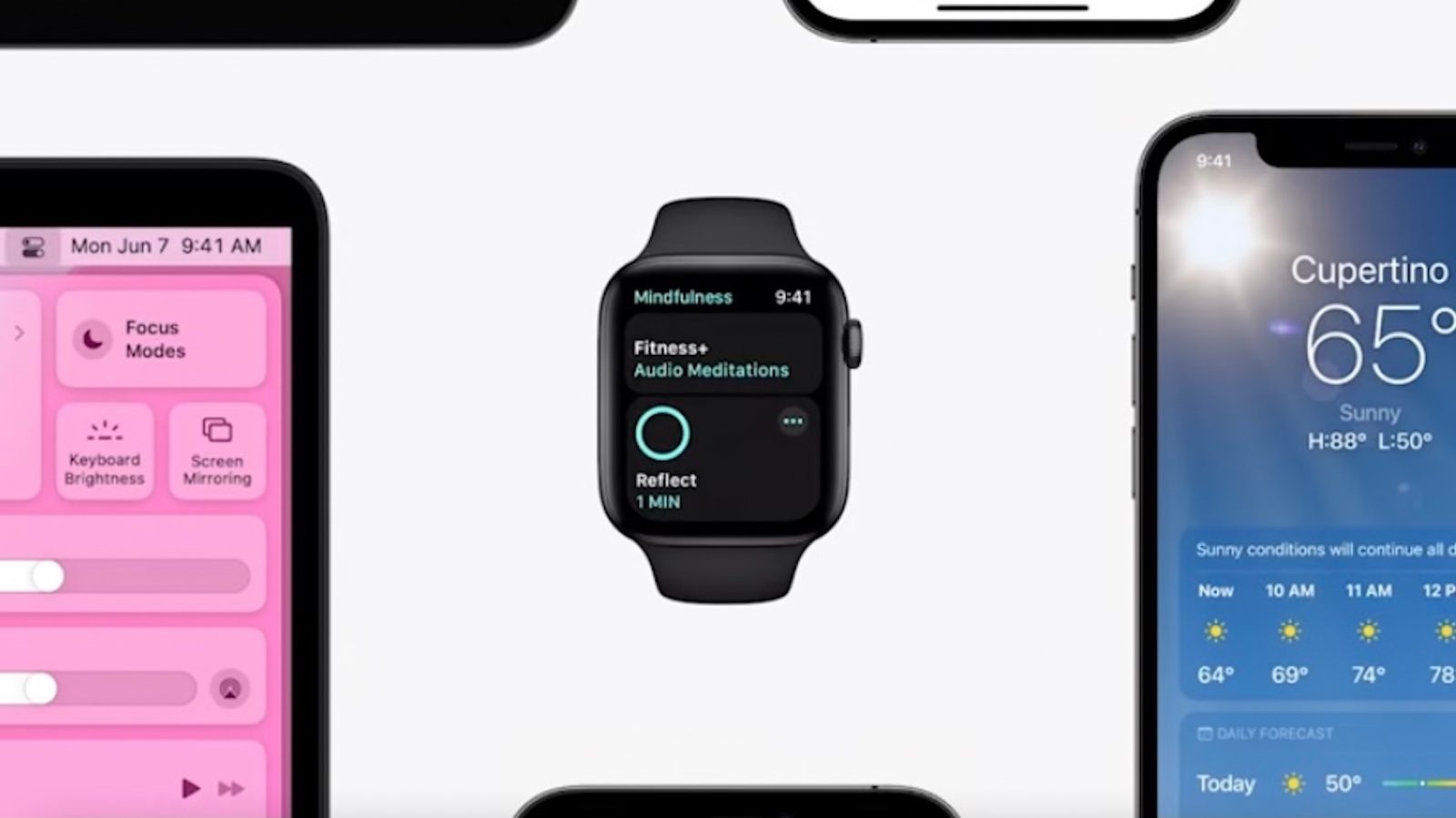 Apple unveiled that the Breathe app on Apple Watch is shifting to Mindfulness in watchOS 8 with a new “Reflect” option joining “Breathe.” And that might not be all. Fitness+ Audio Meditations could be joining in the Mindfulness app too as Apple accidentally leaked the feature in its WWDC Platforms State of the Union video.

Apple didn’t share anything about Audio Meditations coming to Fitness+ and the Mindfulness app in its WWDC keynote. But during the Platforms State of the Union, the company had a slide in the presentation (shown above) that revealed the feature in watchOS 8 for about 13 seconds (via MacRumors).

With the Audio Meditations in the Mindfulness app showing as part of Fitness+, the option to listen to them will presumably show up both alongside Reflect and Breathe as well as directly in the Fitness app across your Apple devices.

Apple has uploaded a new version of the Platform State of the Union video that removed the slide showing Audio Meditations. However, the ASL version of the video found here still shows the unannounced feature at the 30-minute mark.

Apple launched its first guided audio workouts for Fitness+ back in January with its “Time to Walk” series.

Audio Meditations would naturally be a great fit to arrive with iOS 15 and watchOS 8 as Apple expands its Fitness+ content and aims to help users remove distractions with the upcoming Focus mode and redesigned Mindfulness app. This would also keep Fitness+ competitive with competitors like Peloton.

Time will tell if Audio Meditations make it into the new software, possibly during the beta period this summer or maybe for the official fall releases.