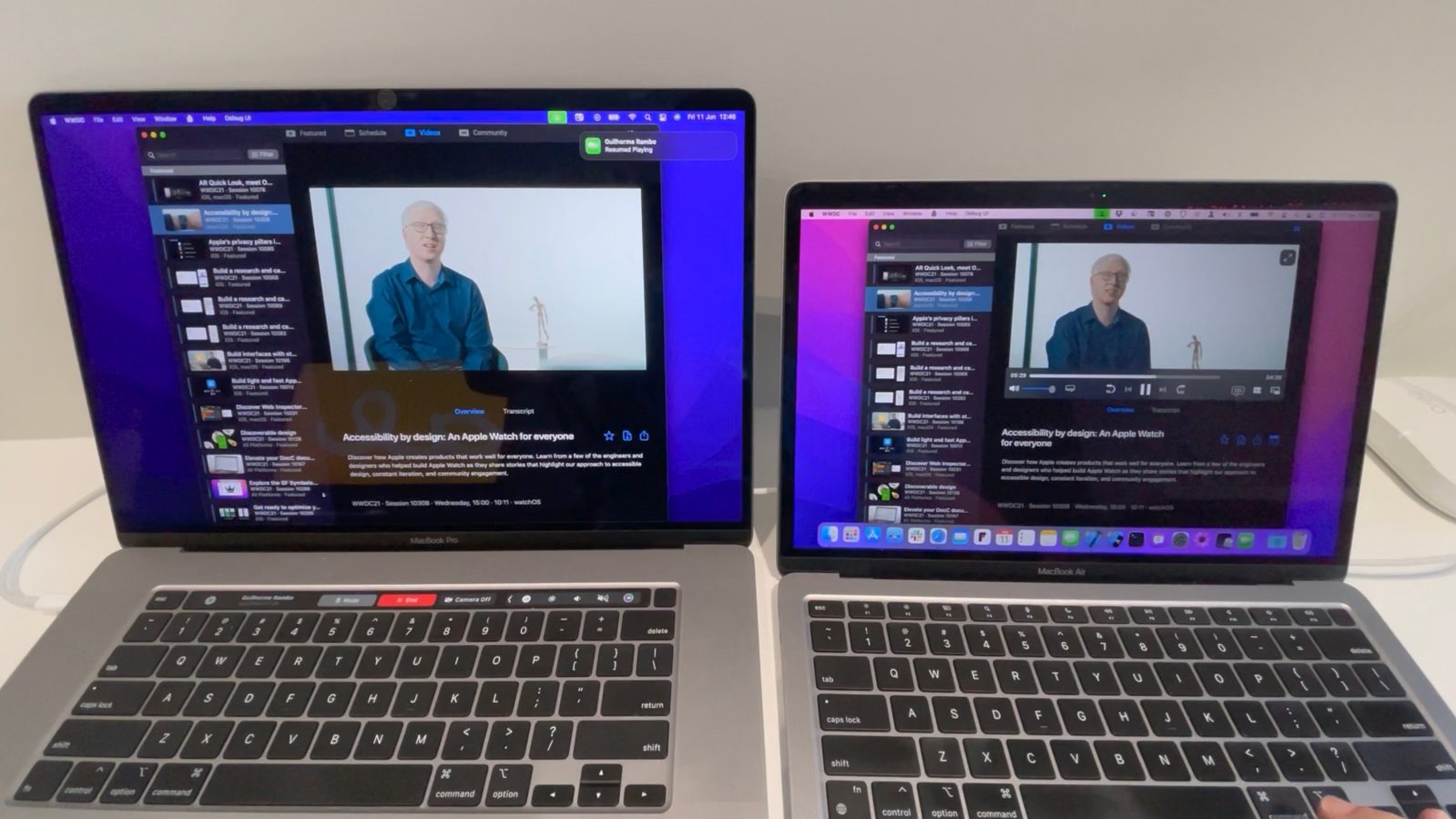 One of the headlining features of iOS 15, iPadOS 15, tvOS 15, and macOS Monterey is a new SharePlay platform. This allows you to watch videos, listen to music, and more with friends and family over FaceTime. While the feature is not live in the first betas released this week for Apple’s first-party apps, it’s there for developers to tap into.

A SharePlay API allows third-party developers to implement the feature, as explained during Apple’s keynote event this week. The company said that it is already working with the likes of Hulu, TikTok, and others to implement SharePLay.

9to5Mac’s Guilherme Rambo develops a popular unofficial WWDC application for macOS, which pre-dates Apple’s launch of its WWDC app for Mac. Rambo today has released an early beta of a new version of his WWDC app for macOS with SharePlay support.

This is a pre-release version that includes the ability to watch sessions together with friends using SharePlay on FaceTime. This feature requires all participants to be running the macOS Monterey beta.

The SharePlay button shows up automatically in the app’s titlebar during FaceTime calls.

This means that you can watch session videos in Rambo’s WWDC app for Mac with your friends and colleagues over FaceTime. This is an early implementation of the SharePlay feature, and bugs are to be expected, but it represents one of our first looks at SharePlay in the real world. You can download the beta from GitHub.

If you’re a developer looking to learn more, Rambo has also published a blog post over at Swift By Sundell with more details on his early experiences with SharePlay. Here, Rambo wrote about his experience creating a sample app that syncs browsing between participants of a FaceTime call using SharePlay.