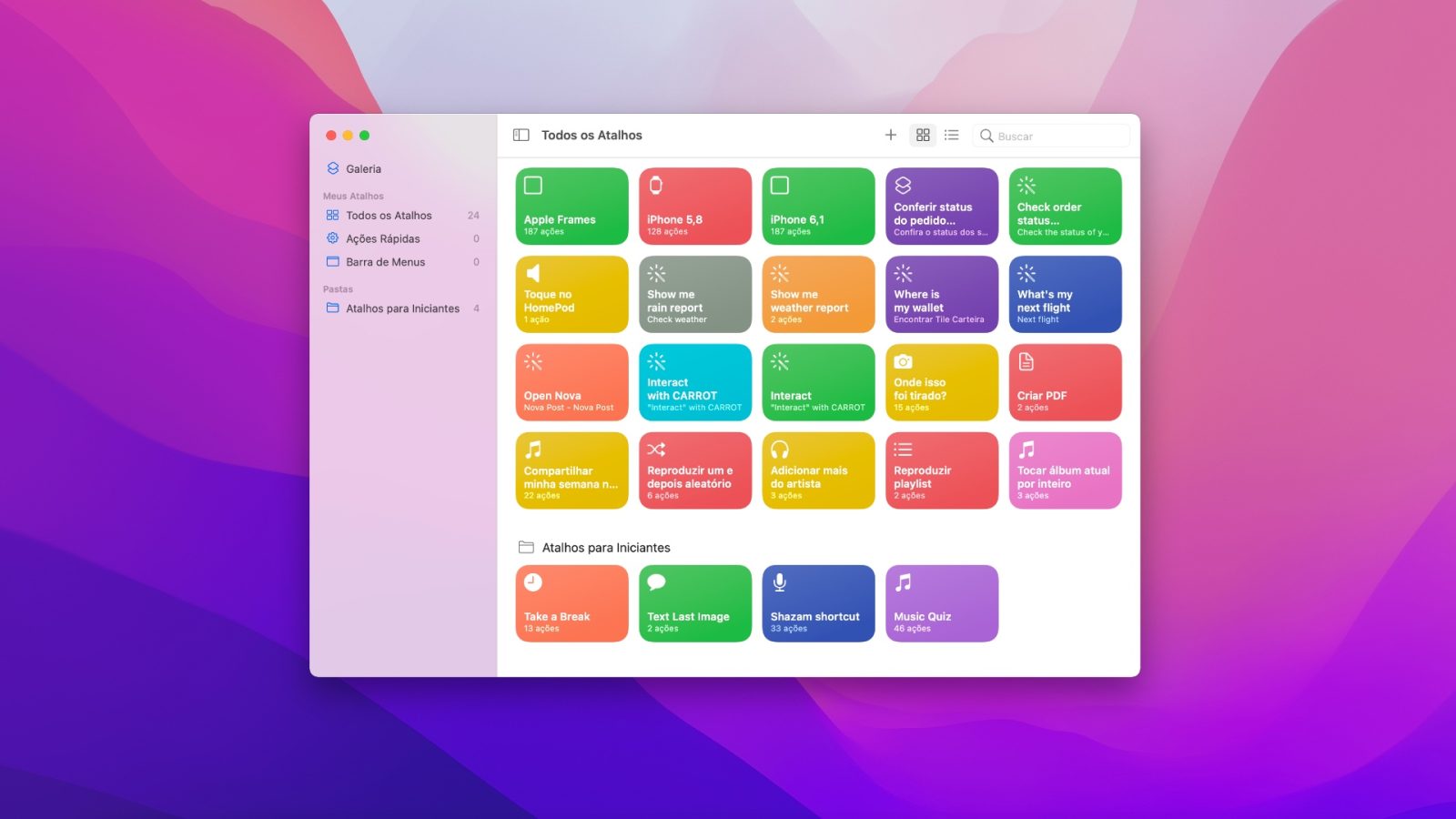 One of the top features introduced with macOS Monterey is the Shortcuts app. Previewed during the WWDC21 keynote, the operating system is set to launch this fall. This marks the first time the Shortcuts app has been available on the Mac.

In 2018, Apple renamed the Workflow app as Shortcuts, but it was only in 2019 with iOS 13 that this app became default on the iPhone and iPad.

It allows users to create macros for executing specific tasks on their devices. These task sequences can be created by the user and shared online through iCloud and quickly became a hit. Ever since then, Apple has been improving the experience, making the Shortcuts apps run faster, adding new actions, and more.

And at WWDC 2021 this year, Apple announced the Shortcuts app would come to the Mac with macOS Monterey later this year. With the beta version for developers already available, it’s possible to preview the app and how it works. The best part is that all Macs that can be updated to macOS Monterey will have this app available.

Here’s everything new with the app on macOS 12 Monterey:

Updated Gallery: Find new prebuilt shortcuts you can customize, made just for Mac.

Cross-device management: Build and manage shortcuts on iPhone, iPad, or Mac for any of your devices. It will automatically sync across all of them.

Improved sharing: Share shortcuts as easily as sharing a link and download them for your own use without managing complicated security settings. If you’re the recipient, smart prompts allow you to share only the data you want.

Automator compatibility: If you use the Automator app, now you can easily convert your workflows into shortcuts.