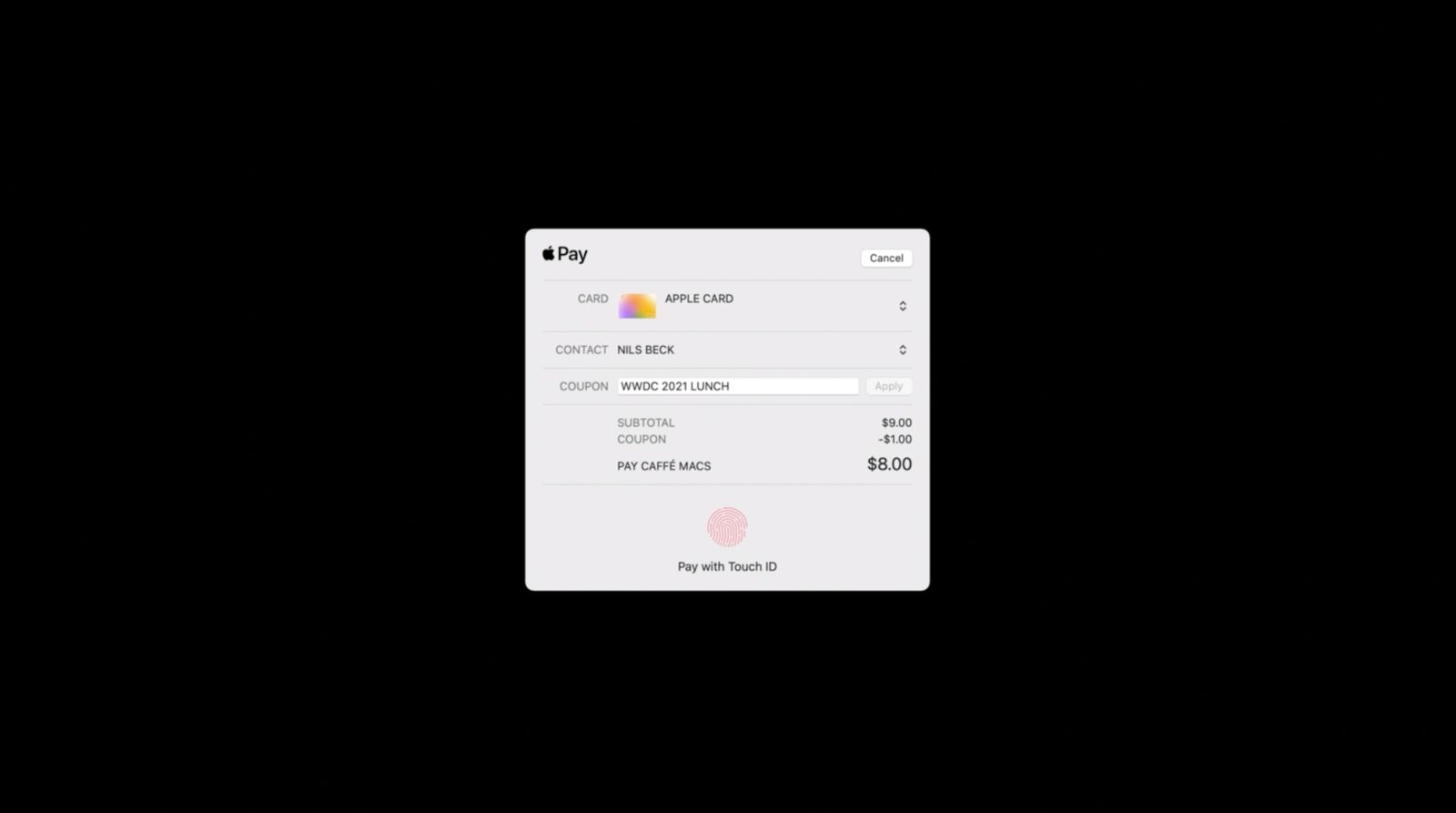 With the introduction of macOS Big Sur last year, Apple announced that users would be able to run iPhone and iPad apps on their M1 Macs. The experience has proven mixed, with major differences in performance and compatibility from app to app. With this year’s release of macOS Monterey, Apple is making several enhancements to improve the experience of running iPhone and iPad apps on M1 and future Apple Silicon Macs.

As detailed in a new session today entitled “Qualities of great iPad and iPhone apps on Macs with M1,” Apple engineer Nils Beck walks through a variety of changes and best practices for optimizing for M1 Macs. Notably, this includes several new features in macOS Monterey.

First off, iPhone and iPad apps running on M1 Macs now support Apple Pay. Previously, if an app supported Apple Pay on iPhone or iPad, this feature was not available when running on an M1 Mac. This requires no additional work for developers:

With macOS Monterey, we have made even more improvements. Apple Pay is now available for iPad and iPhone apps on M1 Macs using the same enhanced cross-platform API we introduced for Mac Catalyst applications in macOS Big Sur. This means you can now accept payments on every platform where Apple Pay is available, using a single implementation.

Apple is also making improvements to video playback in full-screen for iPhone and iPad apps running on Apple Silicon Macs. This was a notable limitation in the first iteration of macOS Big Sur. In many instances, hitting the full-screen button in an iPhone or iPad app would only expand the video to fill the window, not the full screen.

Apple implemented some changes to this experience with the release of macOS Big Sur 11.3 earlier this year, and more changes are coming with macOS Monterey. Now, more applications will be able to go full screen for video playback. Other enhancements include HDR support, trackpad gestures, and more.

On top of that, AVFoundation supports HDR playback and streaming on Macs with M1. No Mac-specific adoption work is needed in your app. Finally, AVKit controls in iPad and iPhone apps now look the same as they do in other Mac apps. We even take full advantage of the Mac trackpad with support for new gestures.

With macOS Big Sur 11.3, Apple made changes to the Touch Alternatives feature for replicating touch gestures from an iPad app on the Mac. In macOS Monterey, Apple has further refined this with the addition of a sensitivity slider and pointer hiding features.

Finally, Apple announced that it is bringing its Shortcuts automation app to the Mac with macOS Monterey this fall. Apps that integrate with SiriKit on the iPhone and iPad will also integrate with the feature on M1 Macs:

And if your app uses the intents framework to offer custom SiriKit Shortcuts, on macOS Monterey, those are now supported for iPad and iPhone apps on M1 Macs

Developers can check out the full session on the Apple Developer website.