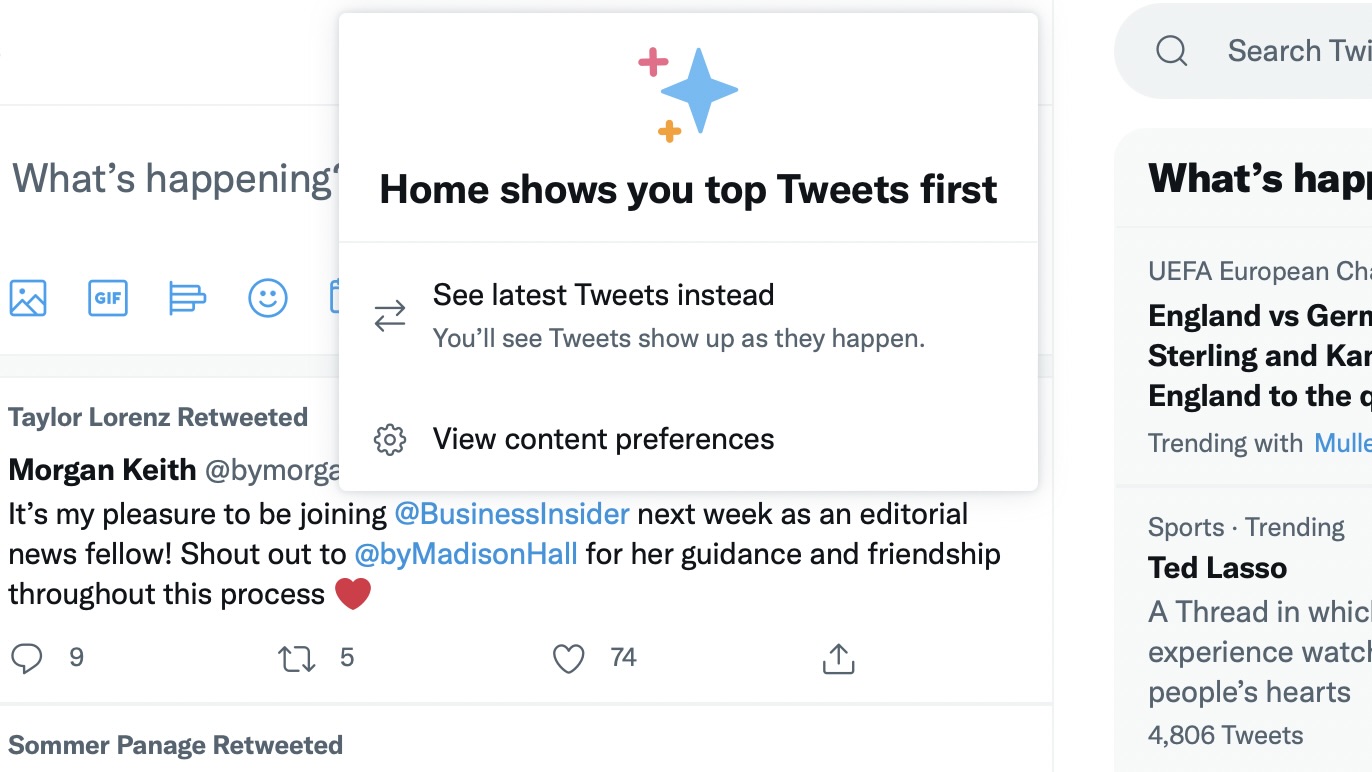 Update: Twitter’s Kayvon Beykpour says this is a bug that it’s working on fixing. The Twitter Support account says the fix is rolled out.

Twitter is making a controversial change to its web application. Until recently, Twitter on the web allowed users to easily switch between an algorithmic feed and a chronological feed with a single click, but that option is now being removed completely for people who use Twitter in their browser.

Twitter has long offered users two different options for sorting their feeds: Latest Tweets and Home. The former is a pure chronological feed that shows tweets as they happen, while the latter shows “top tweets” first. This setting has traditionally been easily accessible with an icon directly above the timeline.

In recent days, however, Twitter has started to remove the ability to view Latest Tweets first from the Twitter.com web application. For many users, the toggle between “Latest Tweets” and “Home” has been completely removed. The option is still there for some users, but it seemingly won’t last.

You can choose between viewing the top Tweets first or the latest Tweets first in your timeline (Twitter for iOS and Android only). Top Tweets are ones you are likely to care about most, and we choose them based on accounts you interact with most, Tweets you engage with, and much more.

Update: The support document change appears to have been made a while ago, but it could mean Twitter has long been planning to drop support for “Latest Tweets” on the web.

A quick search on Twitter will show that a vast amount of Twitter users are very upset with this change, and new tweets are rolling in at a rapid pace.