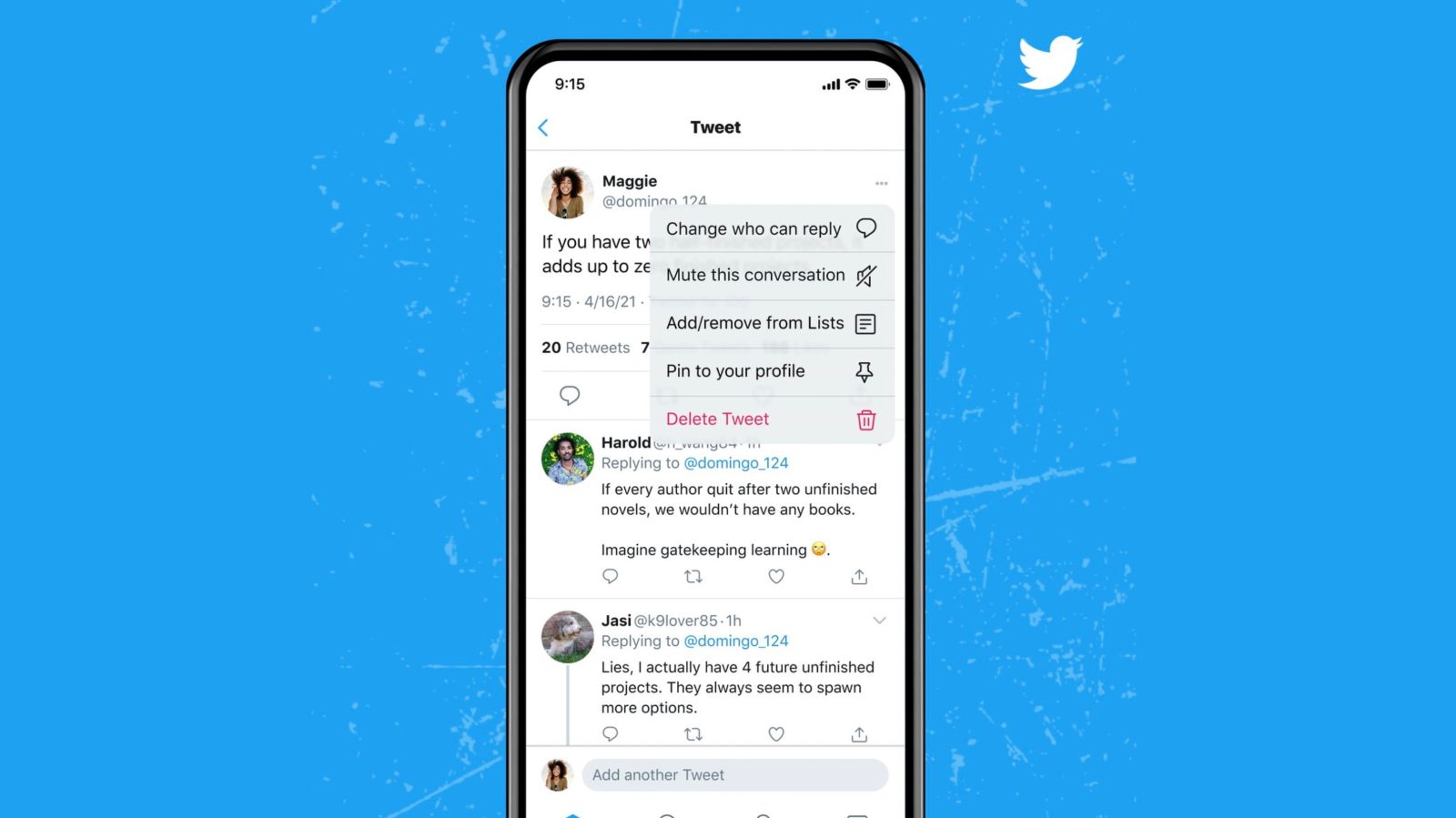 Over the last year, Twitter has rolled out a handful of features designed to give users more control over replies to their tweets. Twitter is now expanding on these features and rolling out support for changing who can reply to a tweet after it’s posted.

Twitter first launched the ability to limit replies last year. When crafting a tweet, you can choose to limit replies to people you follow or only people you mention. Starting today, Twitter is expanding this feature with support for changing who can reply, even after you’ve already posted the tweet.

Evidence of this feature was first discovered by prolific researcher Jane Manchun Wong last month, and it’s now rolling out to the public.

After you’ve posted a tweet, you can tap the three dots on the tweet details page to find a new “Change who can reply” option. This will give you the ability to retroactively limit replies even after the tweet has been posted. Twitter says it’s a nice way to make sure your replies and posts are yours.

If you don’t see this new feature in your Twitter application just yet, make sure you’re running the latest version from the App Store and keep checking in, as it appears to be a phased rollout.