Ted Lasso season two release date: when is the next episode? 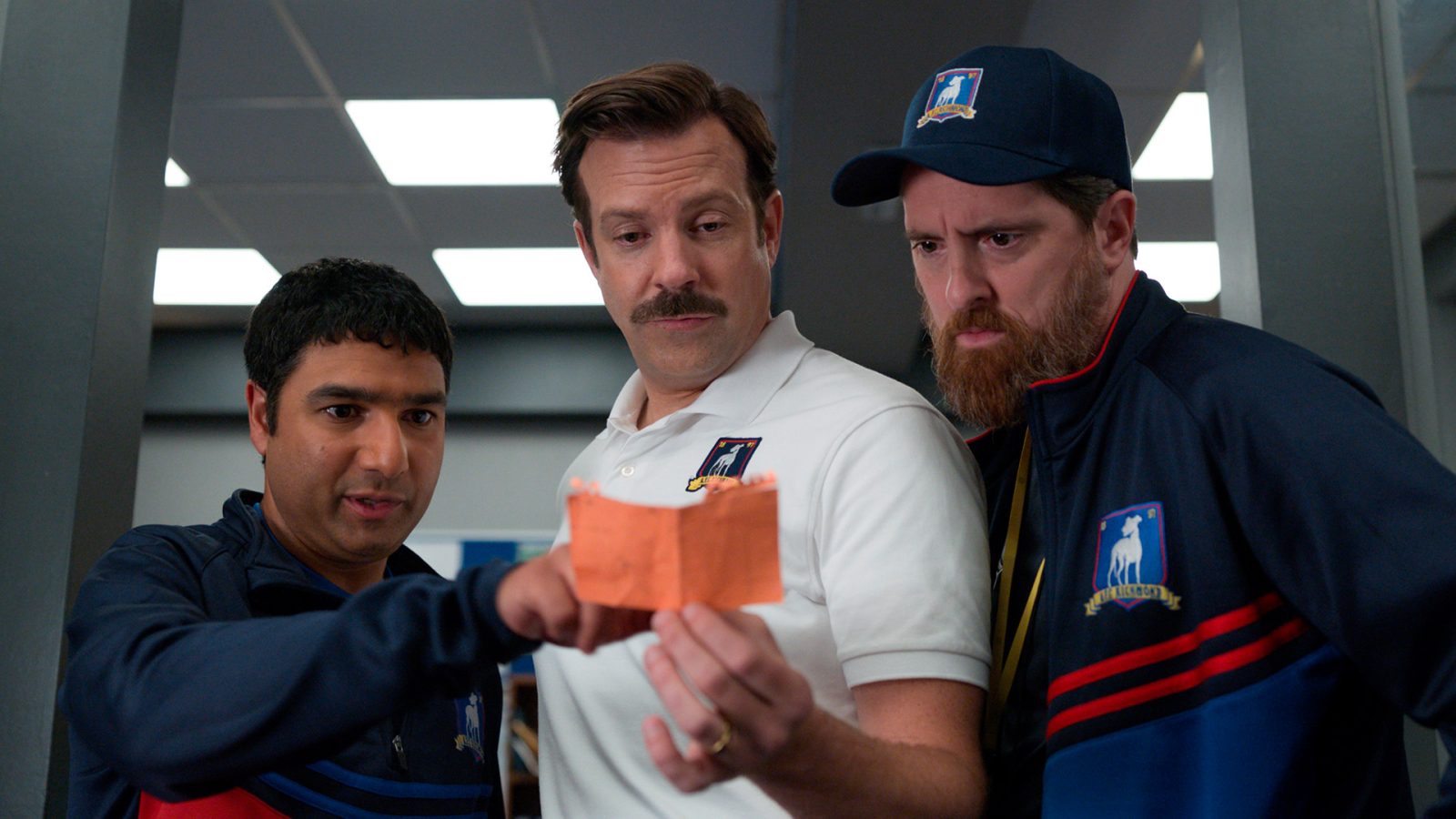 Apple TV+‘s hit heartwarming comedy series Ted Lasso has basked in audience recognition and critical acclaim ahead of its second season. Here’s when you can watch every episode of Ted Lasso Season 2.

Season one of Ted Lasso comprised ten episodes. With the show’s premiere back in August 2020, Apple released the first three episodes all at once. The remaining seven episodes of the season rolled out weekly.

However, as the popularity of the show exploded mostly after the season had finished in its entirety, many people experienced Ted’s positivity in a ten-episode binge.

Apple typically releases a couple of episodes when a TV+ title makes its debut, but future seasons do not get the same treatment — as newcomers can use the entire first season as their taster.

Apple’s rollout of Ted Lasso season two is following the same strategy and therefore one episode will be released weekly. The number of episodes this season is twelve, so the show’s narrative this year will actually be stretched out over twelve weeks. The show premieres on Friday, July 23 and the season finale will air on Friday, October 8.

Here’s a full release date schedule for each episode:

The show has already been renewed for a third season, which will be released in 2022. Initially, star Jason Sudeikis said that the show would end with the third season, as it had been sketched out as a three season arc. However, given the show’s surge in popularity and awards success, fans are hoping that there are more stories to tell in the world of Lasso.

If you are thinking about signing up for Apple TV+ just for Ted Lasso season two, Apple has planned other major series premieres to coincide with the Ted Lasso episode releases, to try and get you hooked.

Airing alongside the new season of Ted Lasso, Apple TV+ will release the second season of drama ‘The Morning Show’ starting September 17, starring Jennifer Aniston and Reese Witherspoon. September will also see the highly-anticipated debut of sci-fi series ‘Foundation’, based on the novels by Isaac Asimov. Jon Stewart’s return to television will also happen on Apple TV+ in September, with a new current affairs show entitled ‘The Problem With Jon Stewart’.

And just around the corner, the Joseph-Gordon Levitt comedy project about a school teacher ‘Mr. Corman’ premieres August 6. In addition, Sundance award-winning movie ‘CODA’ and the second seasons of post-apocalyptic ‘SEE’ and crime drama ‘Truth Be Told’ will also be released in August.