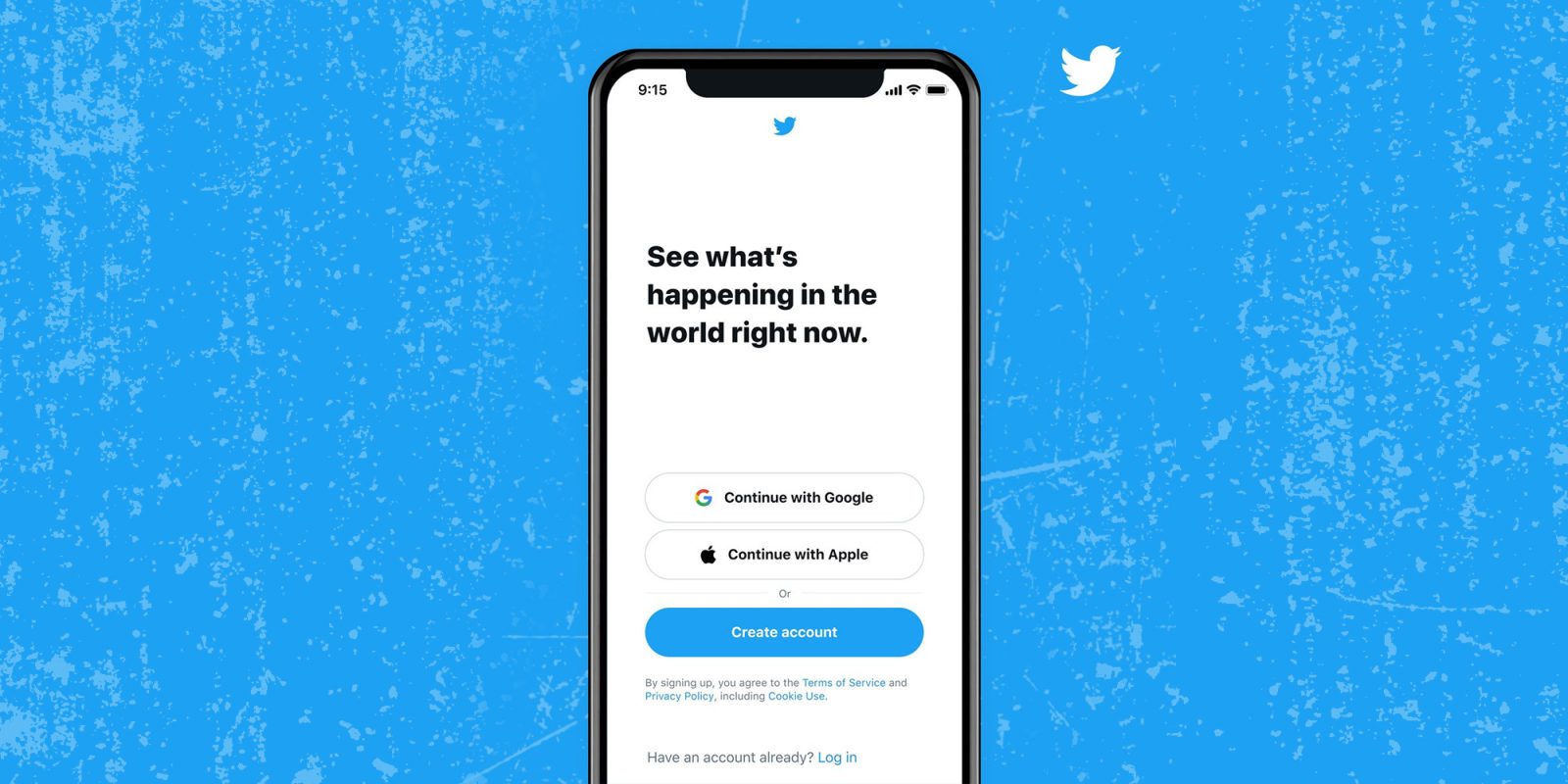 After beta testing the feature last month, Twitter for iOS is now officially rolling out support for signing in with Apple. This means you can now create a Twitter account with your Apple ID for increased privacy.

Evidence of Twitter’s work on adopting Sign in with Apple was first discovered by researcher Jane Manchun Wong. As it stands right now, Twitter only supports using Sign in with Apple to create a new Twitter account. Apple does offer support for applications and websites to give users the ability to upgrade an existing account to Sign in with Apple, but it does not appear that Twitter has adopted this feature yet.

Apps that use a third-party or social login service (such as Facebook Login, Google Sign-In, Sign in with Twitter, Sign In with LinkedIn, Login with Amazon, or WeChat Login) to set up or authenticate the user’s primary account with the app must also offer Sign in with Apple as an equivalent option. A user’s primary account is the account they establish with your app for the purposes of identifying themselves, signing in, and accessing your features and associated services.

To use Sign in with Apple, you need to use two-factor authentication and be signed in to iCloud with that Apple ID on your Apple device. Apple first launched this platform at WWDC 2019, touting it as a tracking-free way of signing in to apps and services.