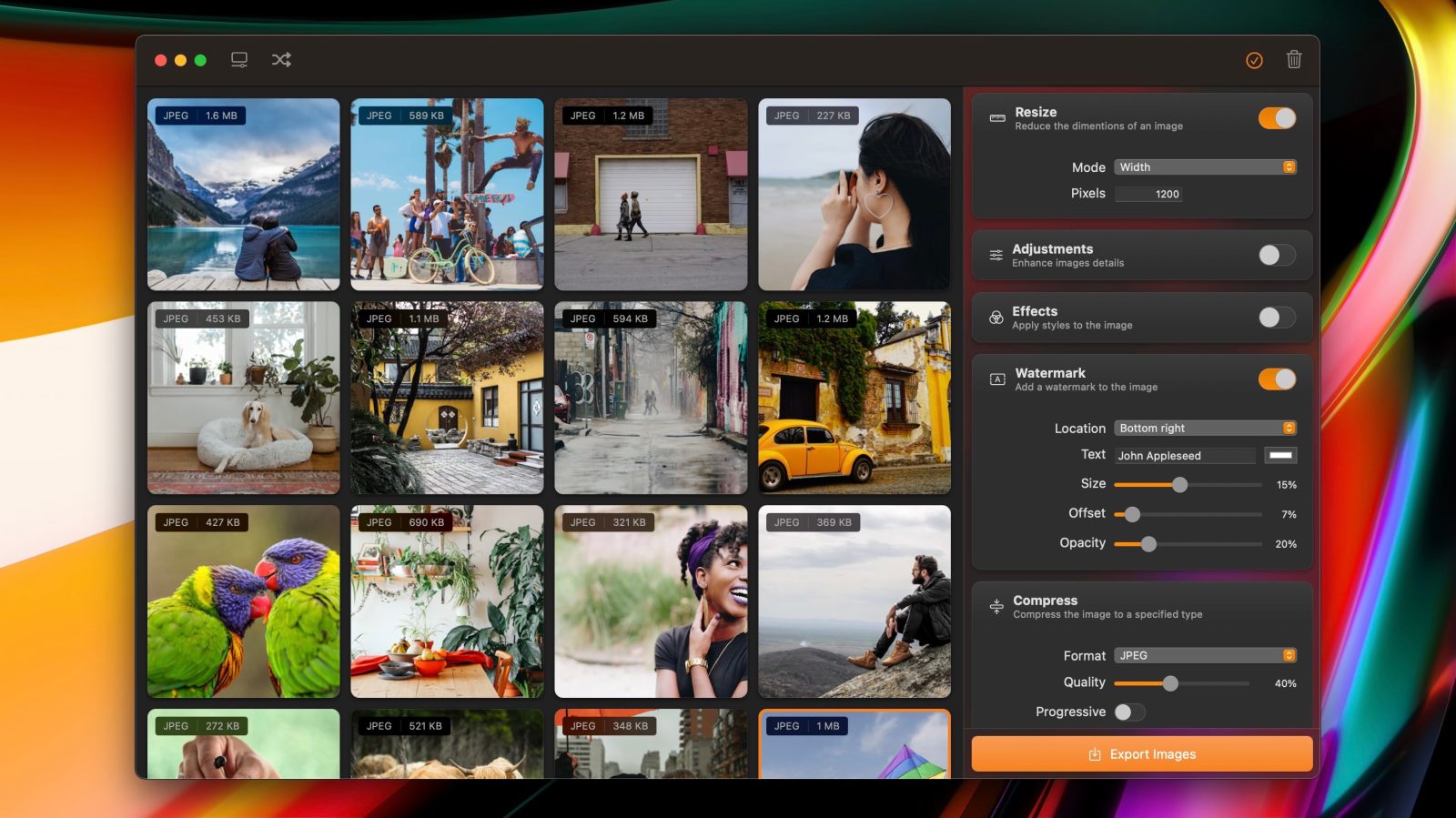 Realmac is out today with early access for its major update coming to Squash. Version 3 was totally rewritten with Swift and includes a beautiful new UI to quickly batch resize, compress, watermark, rename images, apply effects, and much more.

Update 8/3: Squash 3 for Mac has now left beta and has officially launched.

Squash 3 already included lots of powerful features during the early access period. But for the official launch, developer Realmac included a number of new features based on feedback from beta testers including presets, layered watermarking, and more.

Squash 3 for Mac is now available direct from Realmac as a free download with the standard version going for $29 and the Squash 3 plus filters bundle going for $50.

Realmac is launching Squash 3 later this year and ahead of that, it’s opened up early access to the new powerful software today. Along with being totally rewritten with Swift, version 3 has an all-new UI with a modern interface that’s ready for macOS Big Sur and Monterey.

The new Squash features a fast and powerful drag-and-drop design that means you can batch edit everything from a few images to large folders full of them. And it works offline since everything is processed locally on your Mac.

Here’s a closer look at Squash 3:

And here are some use cases where Squash can come in handy: