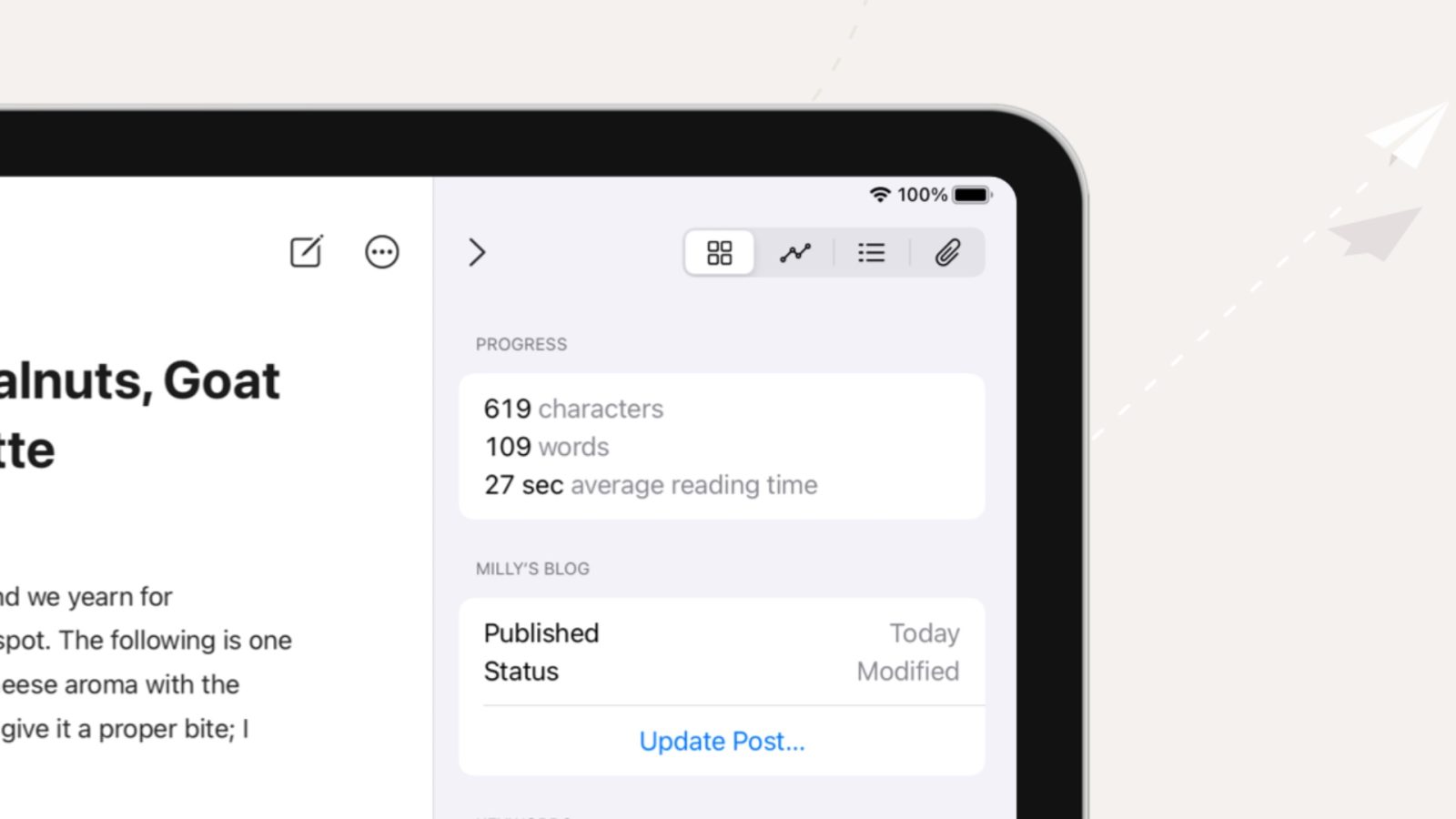 Ulysses is releasing version 23 of its iPhone, iPad, and Mac apps today. With this update rolling out to all users, the app is gaining a new blog post experience, daily writing goals, and more.

The popular writing app for Mac, iPad, and iPhone has refined its blog publishing feature. Now, writers who own a blog can work in the Ulysses app as well as upload their articles, with a few clicks or taps, to WordPress, Ghost, Micro.blog, and Medium.

“The new version further refines the publishing feature. Uploaded posts are now indicated with a paper plane icon, making them easier to spot. In addition, writers can find details about a text’s publishing status in the dashboard sidebar; the status also syncs between the devices. Finally, users now have the option to update previously published Ghost posts from within Ulysses. So far, updating has only been available for WordPress.”

Ulysses confirms that it’s planning to add support for updating content through its app for Micro.blog users in the coming months.

Ulysses also wants to help its users to build a writing habit. It already lets writers set a daily target of words and monitor their progress towards achieving it. Now, with version 23, there’s a revamp of the session history’s calculation.

“Our original approach had a couple of design flaws. Furthermore, we must take numerous outlying factors into account, e.g., when users sync through iCloud or collect material, which should not count toward their writing target. That’s why a profound rewrite became necessary,” explains Götz Fabian, the developer in charge.

For existing subscribers, Ulysses 23 is a free update through the App Store.