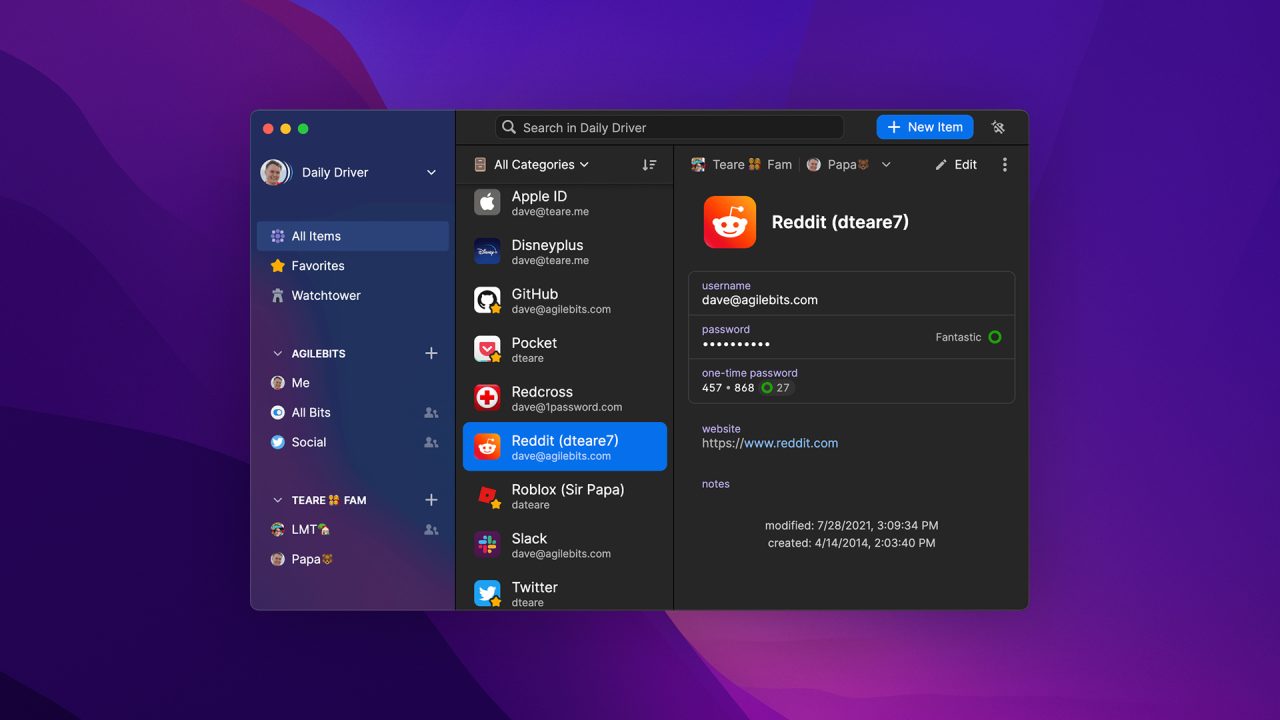 The popular password manager 1Password is getting a major update in its Mac version. The company behind the app announced on Wednesday 1Password 8 for macOS, which brings a redesigned interface, a new Watchtower, and other new features.

Users will instantly notice the new interface, which looks modern and more consistent with the design language of the latest macOS versions. The sidebar now focuses on showing the user’s vaults and favorite items as the categories have been moved to the top of the item list with a dropdown filter.

Of course, 1Password 8 also comes with multiple new features as well. A new indicator will make it easier to see which vaults are personal or shared, and users will now get a message showing who will gain access to an item when using drag-and-drop between 1Password vaults.

The app’s search has been revamped, as has Watchtower, which now shows a detailed chart with the status of each user’s password. This will make it easier to find and change passwords saved in the app. When editing an individual item in 1Password 8, users will find a new password generator, smart suggestions, and simpler file attachments.

Mac users will also get full integration with web browsers, including Safari, Chrome, Firefox, and Edge. 1Password will quickly show password suggestions and payment information. In addition, the company also promises more security and better overall performance with the update.

You won’t see this change but you’ll feel it. The app is incredibly responsive across the board, from unlocking to adding accounts to searching your items — especially when combined with native support for Apple Silicon and all the speed improvements that brings. We’re talking breaking-the-warp-barrier speed.