Comment: MagSafe Duo has turned into my go-to accessory for iPhone 12 and Apple Watch 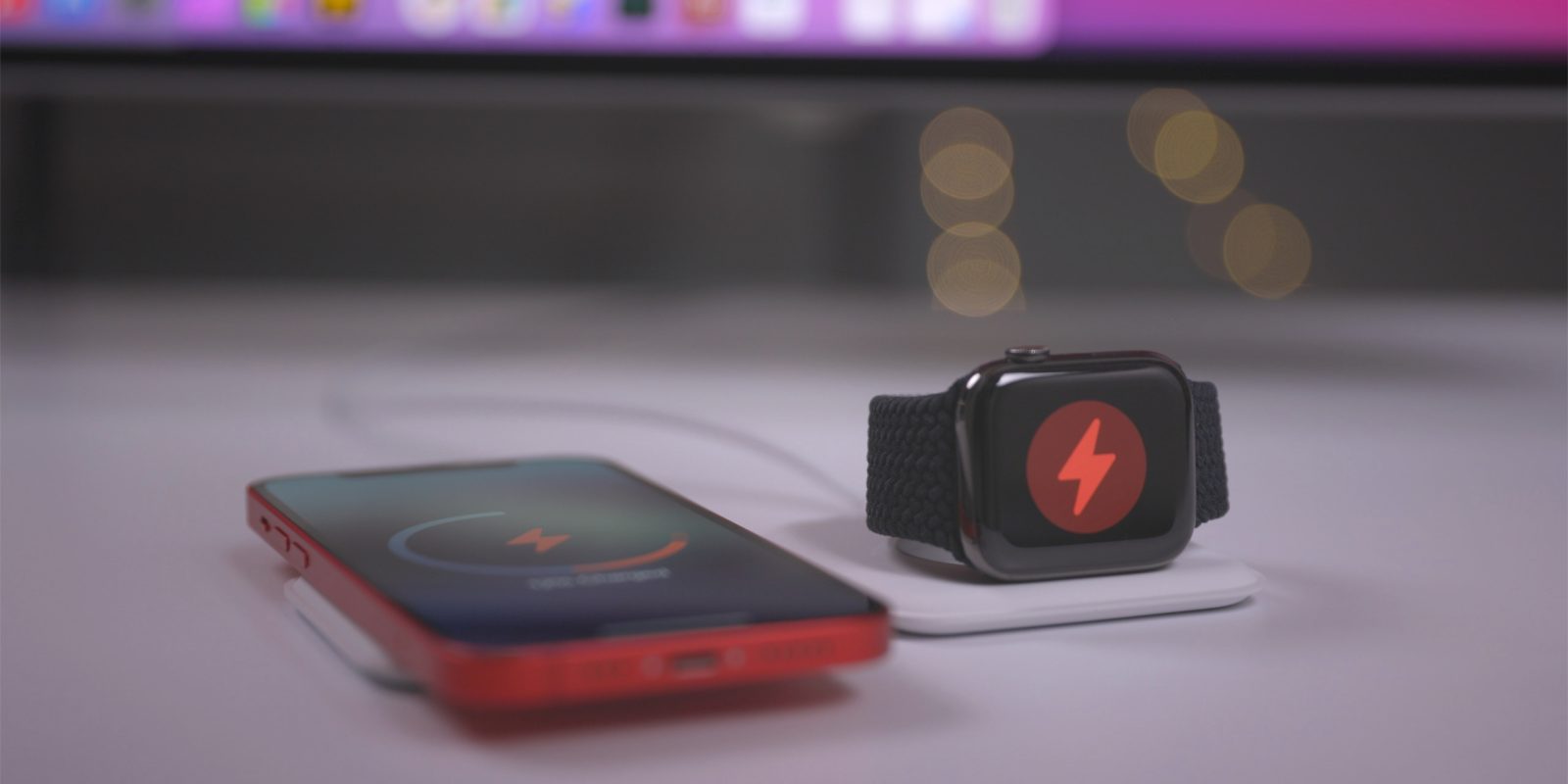 Alongside the iPhone 12 last year, Apple unveiled its new MagSafe wireless charging technology. The MagSafe ecosystem has grown to consist of a variety of accessories, including the MagSafe Duo two-in-one charger with one MagSafe puck and an Apple Watch charging puck.

When unveiled, the MagSafe Duo was mocked by many as a less-ambitious version of Apple’s failed AirPower all-in-one charger. Since it was released in December, however, the MagSafe Duo has turned into a go-to accessory for me.

The design of the MagSafe Duo is easy to mock, but in practice, I’ve found it to be clever and versatile. The folding design makes it easy to toss it in a bag before traveling, giving you a one-cable solution to charge your iPhone and Apple Watch while in a hotel or Airbnb.

The clever folding design also extends to the Apple Watch puck, which can be rotated to stand up for compatibility with Nightstand mode as well as certain Apple Watch bands such as the Solo Loop. The versatile design is easily the best selling point of the MagSafe Duo, and gives it a leg up on some of the bulkier competitors on the market.

The MagSafe side of the MagSafe Duo can also be used to charge any Qi-compatible accessories including AirPods. This means you really have a one-cable solution for charging three Apple accessories.

Some of the complaints around MagSafe Duo have also centered around its charging speeds, which max at out 14W for the iPhone 12 with a 30W USB-C Power Adapter. For me, this hasn’t been much of an issue. The MagSafe Duo serves as a bedside accessory, which means it has 7-9 hours every night to fully recharge both my iPhone and Apple Watch.

There are, however, several ways Apple could improve the MagSafe Duo and make it more enticing for shoppers. In addition to dropping the price, Apple should also include a 30W USB-C Power Adapter. This adapter is required to unlock the full wireless charging speeds for iPhone users, and it should absolutely be included in the box for $129.

I’m also curious to see what improvements Apple makes for MagSafe going forward. For instance, it would be neat if the Apple Watch could eventually charge with MagSafe. Apple should also continue to push the envelope in terms of wireless charging speeds and, perhaps even more importantly, wireless charging efficiency. I would also prefer if the MagSafe Duo used a USB-C to USB-C cable, rather than USB-C to Lightning.

I’m not sure if there are many other MagSafe Duo fans out there, other than my colleague Michael Steeber. Regardless, if you can look past the price tag — or perhaps find it on sale — MagSafe Duo has proven to be a sleek and reliable wireless charging accessory for iPhone and Apple Watch fans.

There are certainly more affordable third-party multi-device chargers on the market, but if you’re looking for an Apple-designed solution, the MagSafe Duo is an excellent option. Of course, the key thing to keep in mind here is that you need an Apple Watch to take full advantage of the MagSafe Duo. Otherwise, you’re better off with the standard MagSafe puck.

What do you think of the MagSafe Duo? Have you picked one up for charging your iPhone and Apple Watch? Let us know down in the comments.