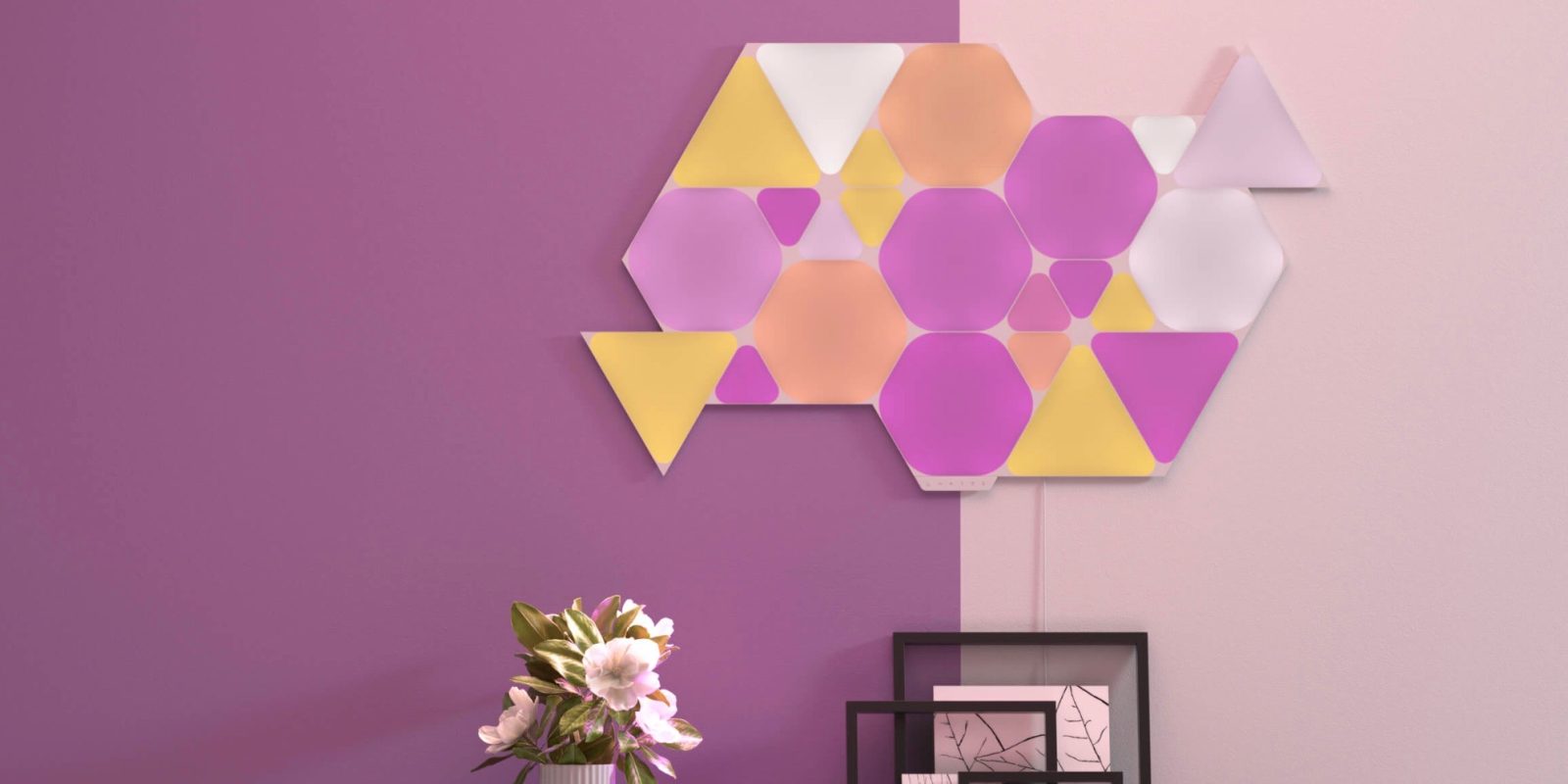 Nanoleaf is out today with an update that transforms its Shapes and Elements smart light panels into Thread border routers. That means faster performance and better connectivity along with other benefits like Thread being self-maintaining and self-healing.

HomePod mini was one of the first mainstream smart home products to include Thread support. Now Nanoleaf is improving its HomeKit-enabled Shapes smart light panels and Elements smart light panels (via the included controllers) with Thread border router support thanks to its latest software update.

Smart lighting pioneer Nanoleaf announces today the launch of their own Thread Border Routers via the Nanoleaf Shapes and Elements Controllers. With the new Nanoleaf Border Router, Essentials devices will automatically start using the Thread network once their Shapes or Elements Controller is connected to Wi-Fi. iOS users can enjoy this update immediately and Android users will soon be able to update their Apps as well (currently in public beta on Android). This will eventually open up Thread capabilities to all users.

Devices that support Thread can be endpoints or routers, and as you’d guess, Nanoleaf turning the Shapes and Elements smart light panels into Thread border routers offers the maximum benefit of the new peer-to-peer mesh smart home network standard.

That also means that Nanoleaf’s Essential smart light and light strip will work with Thread even if you don’t have a HomePod mini after this update – again as long as you have Shapes or Elements too.

Here’s how Nanoleaf explains the benefits:

The Thread Border Router function is built into the Nanoleaf Shapes Controller, Nanoleaf Elements Controller, and eero line of mesh-wifi routers which bridges the Wi-Fi network to a Thread network, eliminating the need for extra hubs. This will help connect all of your Thread-enabled devices, forming a mesh network that allows each device to speak the same universal language. The result is a much more reliable network where devices can communicate with one another, rather than relying on a single connection source like Wi-Fi or Bluetooth.

If you’re an existing Shapes/Elements customer, you can update the Nanoleaf app to version 6.1 to start using Thread now.