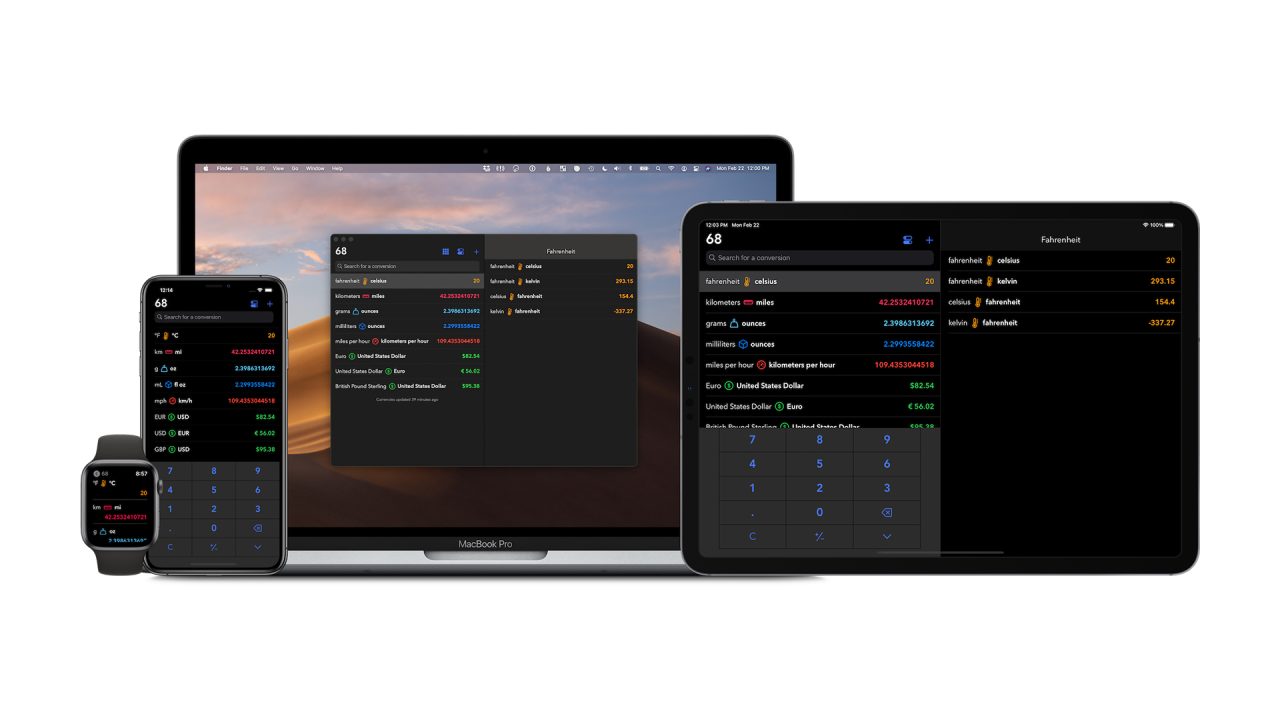 In March, we covered Morpho Converter, a universal and versatile currency conversion app. Now, it’s receiving its biggest update yet with version 1.2. We’ve also got 500 codes to give away, so head below to try it out…

Morpho Converter features over 175 units and 170 currencies in the app. It offers widgets, complications, Siri and Shortcuts support, and more.

The app is free to download but offers in-app-purchase and you can enjoy it on the iPhone, iPad, Apple Watch, and Mac. Users can subscribe to Morpho Converter for $0.49/month or $3.99/year, or choose a one-time $14.99 purchase, to unlock all Pro features for good.

Pro users can get:

To celebrate the launch of version 1.2, Morpho Converter is giving away 500 promo codes for users to try out the Pro features of the app for three months. Just click here to redeem your code.