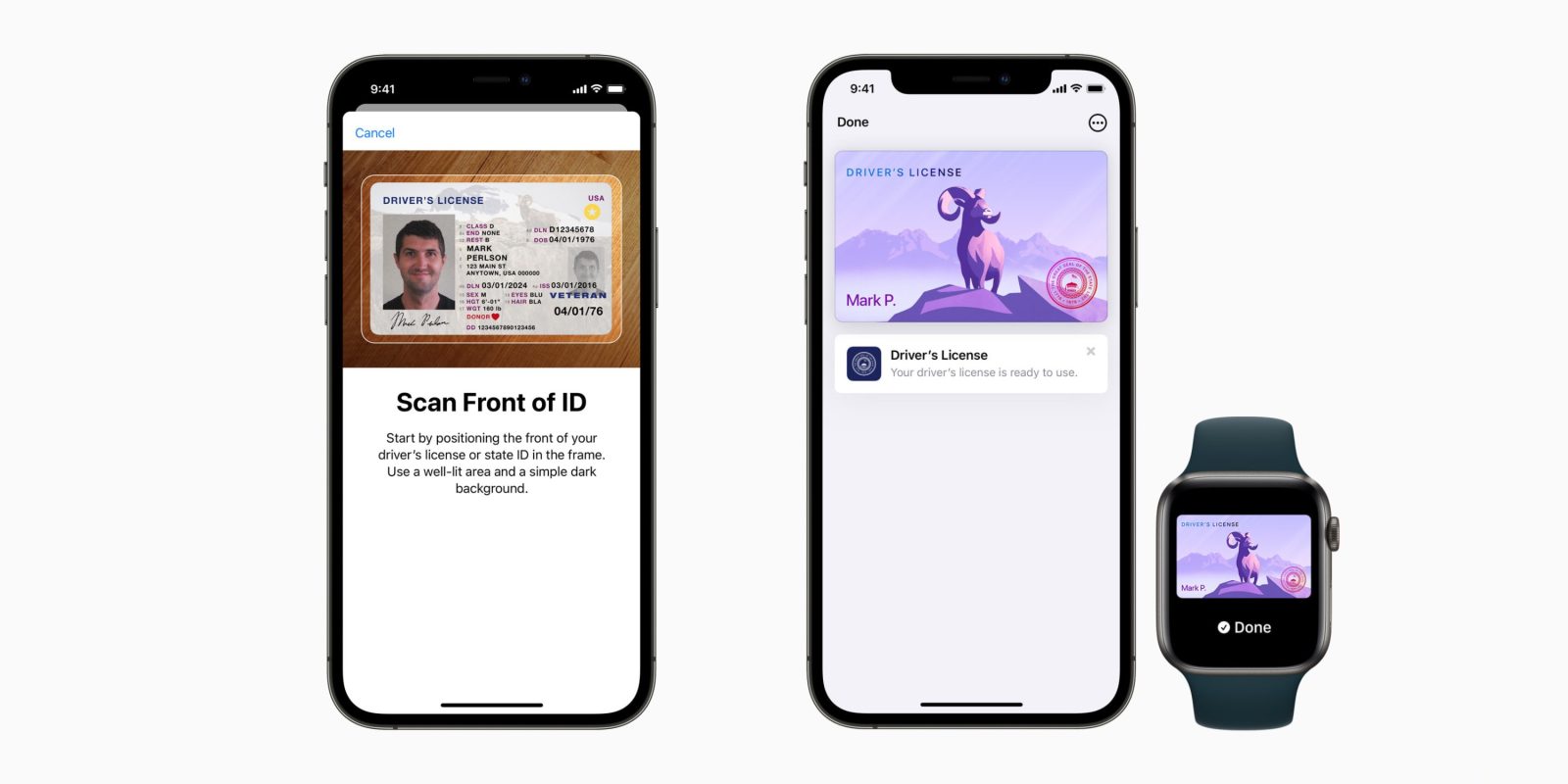 After first announcing that iOS 15 would bring support for digital IDs via Apple Wallet back at WWDC in June, the first US states that will lead the adoption of the new standard have been named. There are 8 states announced for now that are committed to using Apple Wallet IDs and interestingly, they’re probably not the ones you’d guess. The first of the 8 to launch will be Arizona and Georgia and Apple also says it is already talking with “many more states” about adopting IDs in Apple Wallet.

Apple shared the specifics in a Newsroom post this morning with the first states working with them being Arizona, Connecticut, Georgia, Iowa, Kentucky, Maryland, Oklahoma, and Utah. Notably, the TSA will be among the first places to accept the Apple Wallet IDs at “select airport security checkpoints.”

Apple today announced that it is working with several states across the country, which will roll out the ability for their residents to seamlessly and securely add their driver’s license or state ID to Wallet on their iPhone and Apple Watch. Arizona and Georgia will be the first states to introduce this new innovation to their residents, with Connecticut, Iowa, Kentucky, Maryland, Oklahoma, and Utah to follow. The Transportation Security Administration (TSA) will enable select airport security checkpoints and lanes in participating airports as the first locations customers can use their driver’s license or state ID in Wallet. Built with privacy at the forefront, Wallet provides a more secure and convenient way for customers to present their driver’s licenses and state IDs on iPhone or Apple Watch.

VP of Apple Pay and Apple Wallet Jennifer Bailey shared her thoughts on the news including that Apple is “already in discussions with many more states.”

“The addition of driver’s licenses and state IDs to Apple Wallet is an important step in our vision of replacing the physical wallet with a secure and easy-to-use mobile wallet,” said Jennifer Bailey, Apple’s vice president of Apple Pay and Apple Wallet. “We are excited that the TSA and so many states are already on board to help bring this to life for travelers across the country using only their iPhone and Apple Watch, and we are already in discussions with many more states as we’re working to offer this nationwide in the future.”

Apple also detailed more specifics about the security and privacy of IDs stored in Apple Wallet:

Wallet provides a convenient and more secure way to present driver’s licenses and state IDs, while offering superior security and privacy over a physical wallet.

Representatives from Arizona, Connecticut, Georgia, Iowa, Kentucky, Maryland, Oklahoma, and Utah all shared excitement about adopting the feature in their states. Here’s what Iowa’s director of the Iowa Motor Vehicle Division had to say:

Apple says that states working on Apple Wallet ID adoption and the TSA will “share more information at a later date” about when support will be officially available with Arizona and Georgia slated to be the first two to launch support.

Check out all the details in Apple’s press release here.