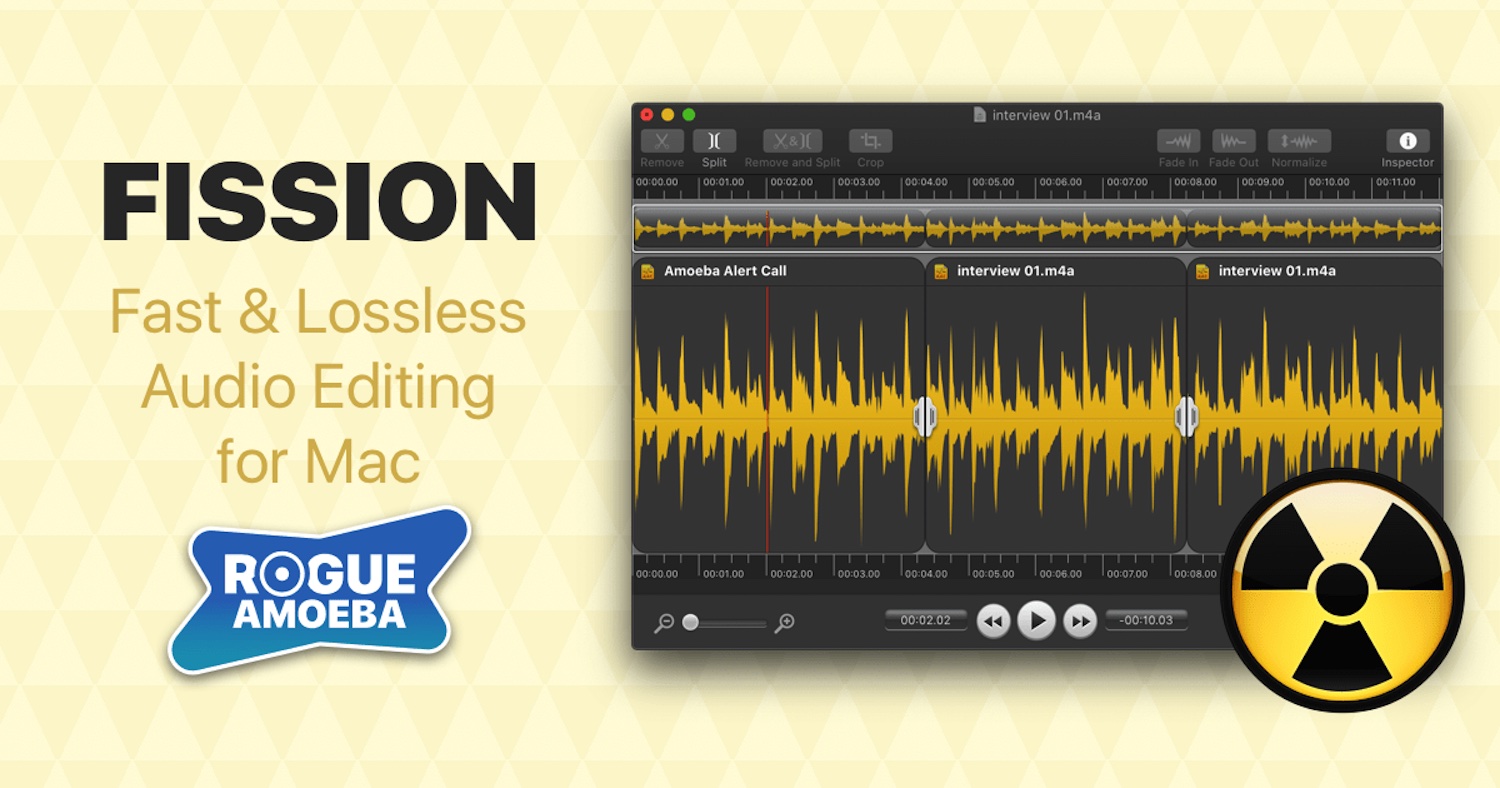 The folks at Rogue Amoeba have announced a new version of their popular Fission audio editor today, and with this update, they are also removing the app from the Mac App Store. In a blog post, Rogue Amoeba’s Paul Kafasis explained that the decision comes as the Mac App Store has seen “scant few changes” and “remains beset with issues.”

Today’s update to Fission brings the app to version 2.7.1 and includes “a handful of small improvements,” as well as initial support for macOS Monterey. Again, the big news, however, is Fission leaving the Mac App Store.

Kafasis explains that Rogue Amoeba has long focused on selling software directly to customers, but has also dabbled with the Mac App Store. Over the past decade, however, Kafasis writes that Apple has not made any notable improvements to the Mac App Store while also continuing to enforce its “restrictive policies.”

Fission was the only Rogue Amoeba application available in the Mac App Store, so with its removal, the company is now out of the store completely.

Since the Mac App Store opened in 2011, we’ve also experimented there. However, despite a decade of feedback from countless developers and users, Apple has made scant few changes and the store remains beset with issues. When you couple the many shortcomings and issues with Apple’s restrictive polices that preclude most of our software from appearing there, the Mac App Store is clearly a poor fit for us. With the removal of Fission, we no longer have any products in the Mac App Store.

Looking to the future, Rogue Amoeba says it will “continue evaluating” the Mac App Store, but as of right now, “it is simply not a viable distribution channel for us.”

If you had previously purchased Fission via the Mac App Store, Rogue Amoeba details the process of converting to the direct version on its website. You can check out the dedicated Rogue Amoeba store for all of the company’s wonderful Mac apps.