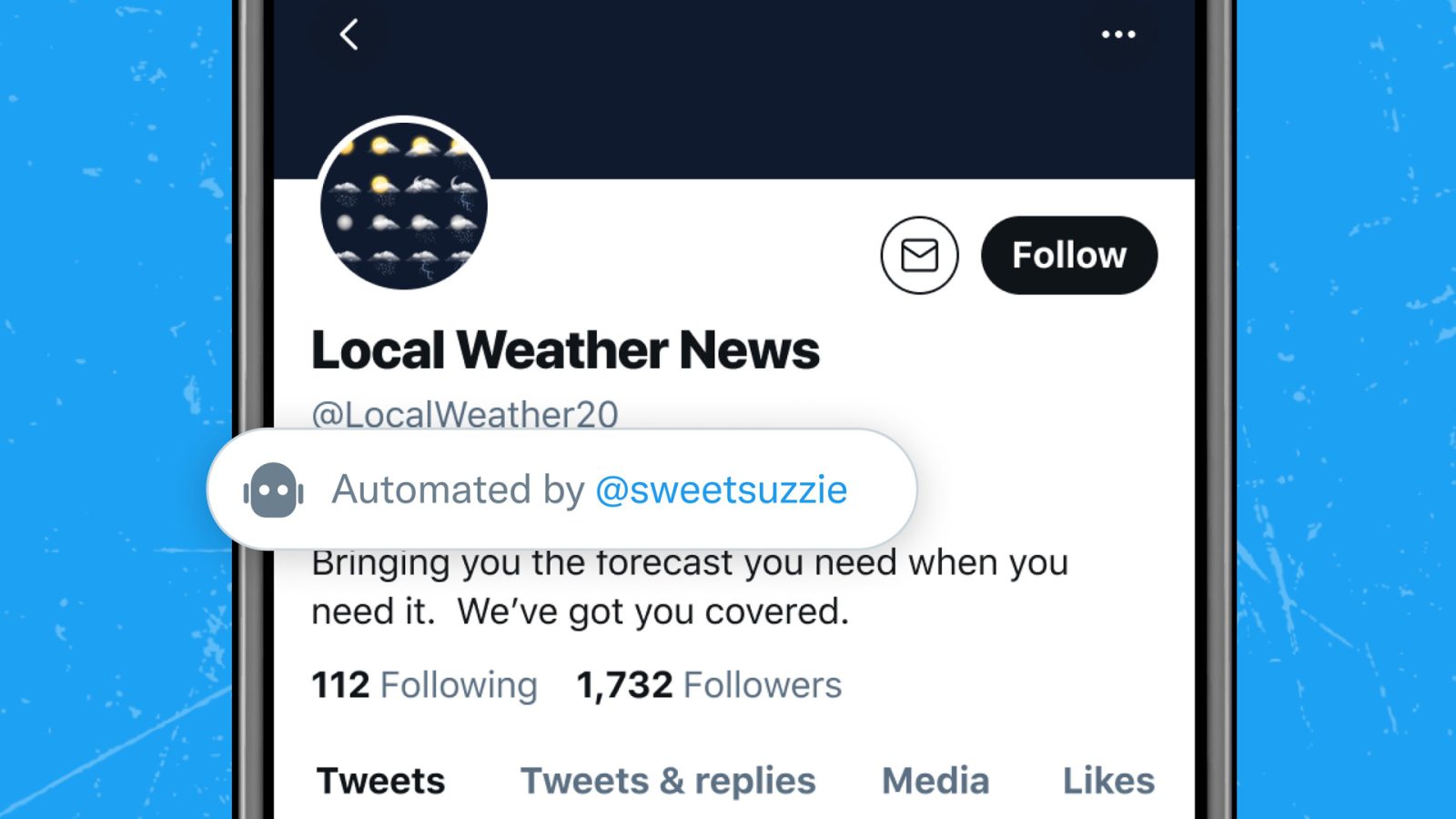 Twitter on Thursday announced a new way to identify accounts with automated tweets that offer legitimate content. The company is now testing labels that will show users whether a specific account is considered a “Good Bot.”

While Twitter is primarily focused on user interactions, there are multiple automated accounts that share things like news and other useful information via bots. At the same time, the social network also has bots designed to share fake, spam, or non-useful content.

To prevent users from being fooled by these accounts, the social network will now identify “Good Bots,” as the company calls the new label. In an FAQ webpage, Twitter shared some examples of which types of bots can be considered good by the social network.

Examples of automated accounts you might see on Twitter include bots that help you find vaccine appointments and disaster early warning systems. When these accounts let you know they’re automated, you get a better understanding of their purpose when you’re interacting with them.

In order to identify whether an account is a “Good Bot” on Twitter, you can look for a robot icon followed by the label “Automated” just above the tweet or profile. Twitter will also highlight who the developer or company behind that bot is.

According to the company, the feature is currently being tested with a limited number of developers who have been invited by Twitter. The idea, of course, is to expand this feature to more accounts in the future.

Earlier this week, Twitter began rolling out its new Communities feature, which basically lets users join groups of specific topics on alternative timelines. The company has also been testing a new option to remove followers without blocking them. It’s unclear when all these features will become available for all Twitter accounts.