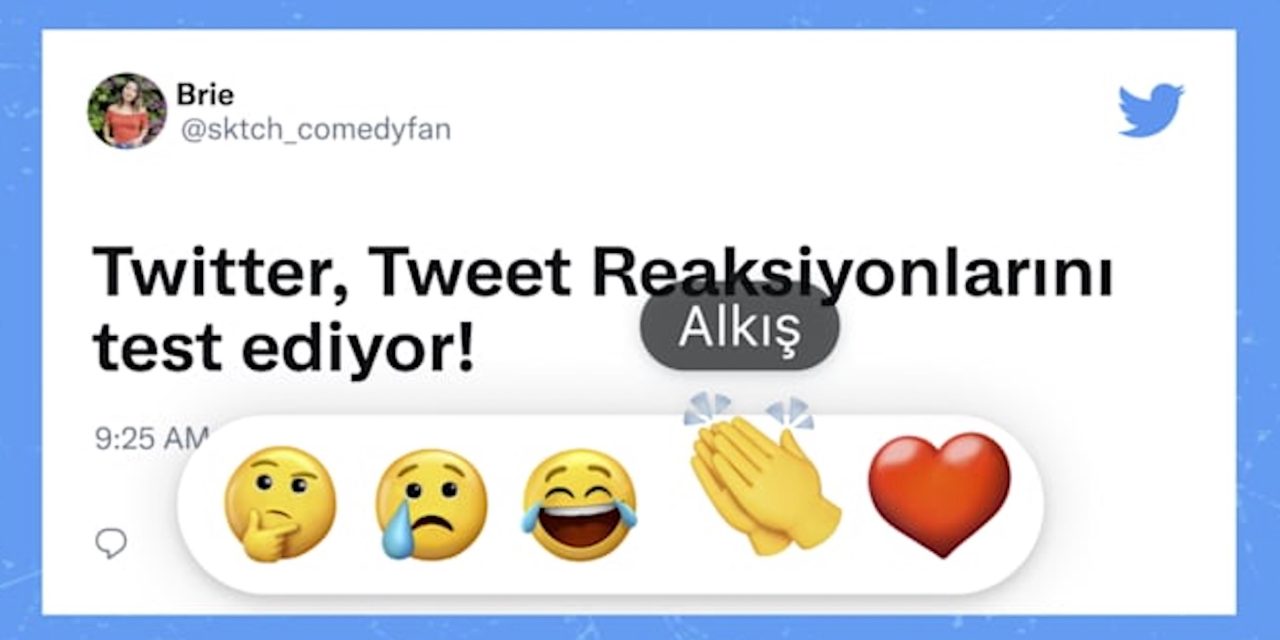 Evidence of Twitter’s plans to add Facebook-like reactions has been mounting for some time. Now, the company has confirmed that it is officially testing the new feature, but for a limited time and only with users in Turkey.

Twitter has confirmed that it is testing the “tears of joy,” “thinking face,” “clapping hands,” and “crying face” reactions, in addition to the classic heart icon. According to Engadget, Twitter narrowed it down to these options after surveys and researching common themes on the social network:

Twitter narrowed it down to those additional four after conducting surveys and researching what the most common words and emoji are in Tweets. It found that the most popular one is the laughing emoji, and that people want to express reactions centered around “funny,” “support/cheer,” “agreement,” and “awesome.” It also identified “entertained” and “curious” as the top emotions people feel when reading tweets.

Its surveys also revealed that “frustration” and “anger” were common emotions experienced by users. While some people wanted to express disagreement with Tweets, the company decided not to incorporate that. Rather, it’s trying to see if the new, more positive emoji will drive “healthy public conversations.”

The new reaction options are designed to give users the ability to better show how conversations make them feel, and to give users “a better understanding of how their Tweets are received.”

Again, the new reactions are available on iOS and Android for Twitter users in Turkey. The test will only run for a limited time, but Twitter says the results of the test in Turkey could lead to an expansion to other countries.

What do you think of Twitter’s plans to add more reaction options to the platform? Let us know down in the comments!