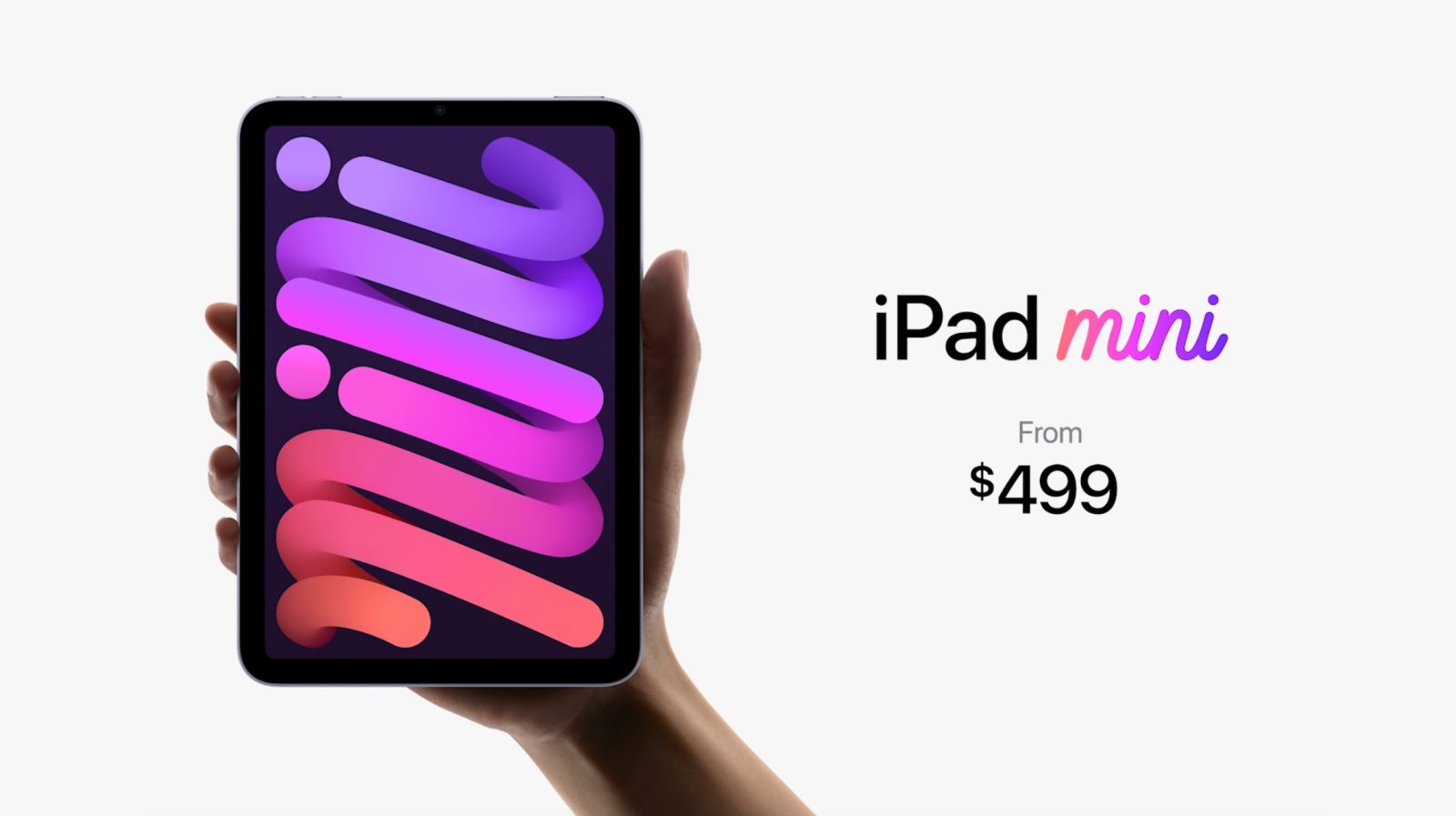 Apple announced at its special event on Tuesday the sixth-generation iPad mini with a new design based on the iPad Air 4 and iPad Pro. Customers can now pre-order the new iPad mini on Apple’s website, with first deliveries expected next week.

The first sixth-generation iPad mini pre-orders are expected to arrive as early as next Friday, September 24, but we expect shipping times to slip quickly throughout the rest of the morning. The Apple Store app and the Apple Online Store are now back online for some users, so keep checking if you don’t see it quite yet.

Sixth-generation iPad mini comes with reduced bezels and a new 8.3-inch edge-to-edge display. It features Touch ID built into the Power button, better cameras, and the faster A15 Bionic chip — the same as the iPhone 13. It is available in 64GB and 256GB configurations with Wi-Fi and also Cellular.

It is worth noting that the new iPad mini is compatible with the second-generation Apple Pencil, the same as in the latest iPad Air and iPad Pro models.

Thanks to its new design, the new iPad mini supports the second-generation Apple Pencil, which can be magnetically attached to the side of the device.

Check out Apple’s website for more details on the pre-order of the new iPad mini.