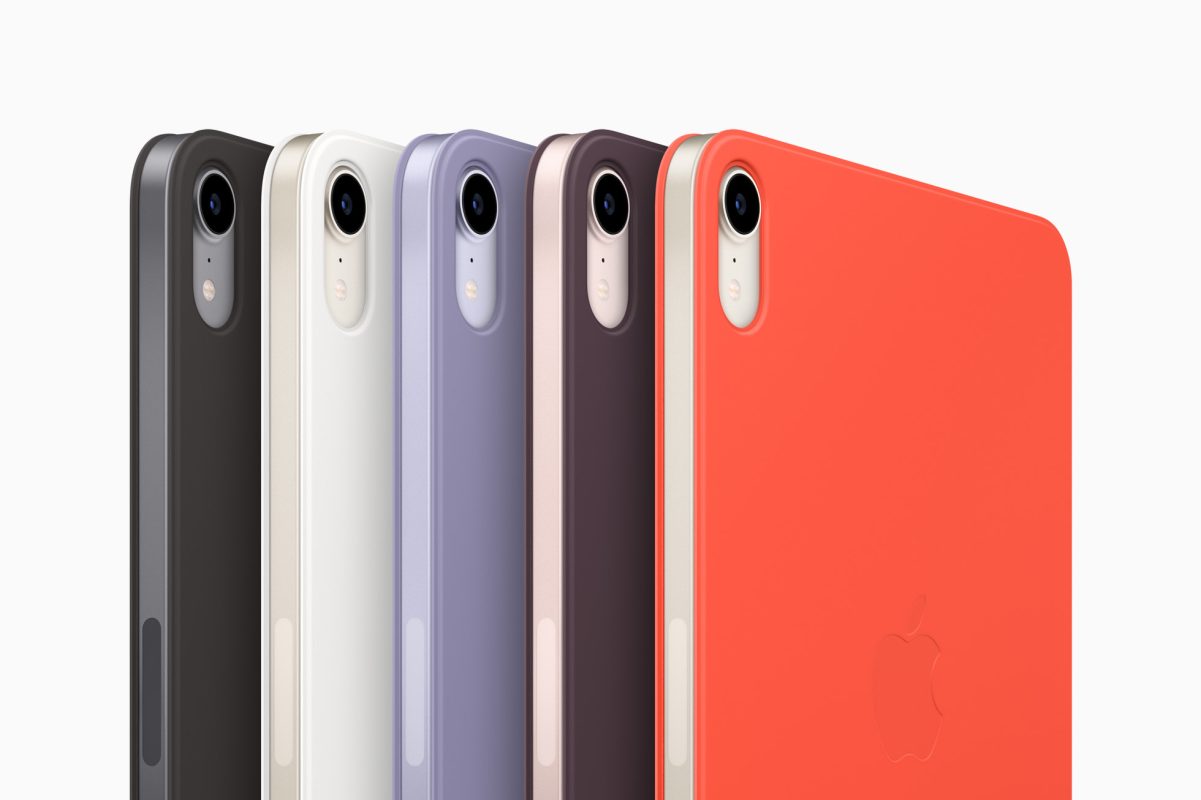 Unfortunately Apple has not released dark cherry covers for the iPad Air, iPad Pro, or 9th generation iPad. That color will remain exclusive to the iPad mini for now it appears.

The new English lavender color joins all of the existing ones like electric orange, mallard green, dark blue, white, and black. You can order them starting today and they arrive later this week.