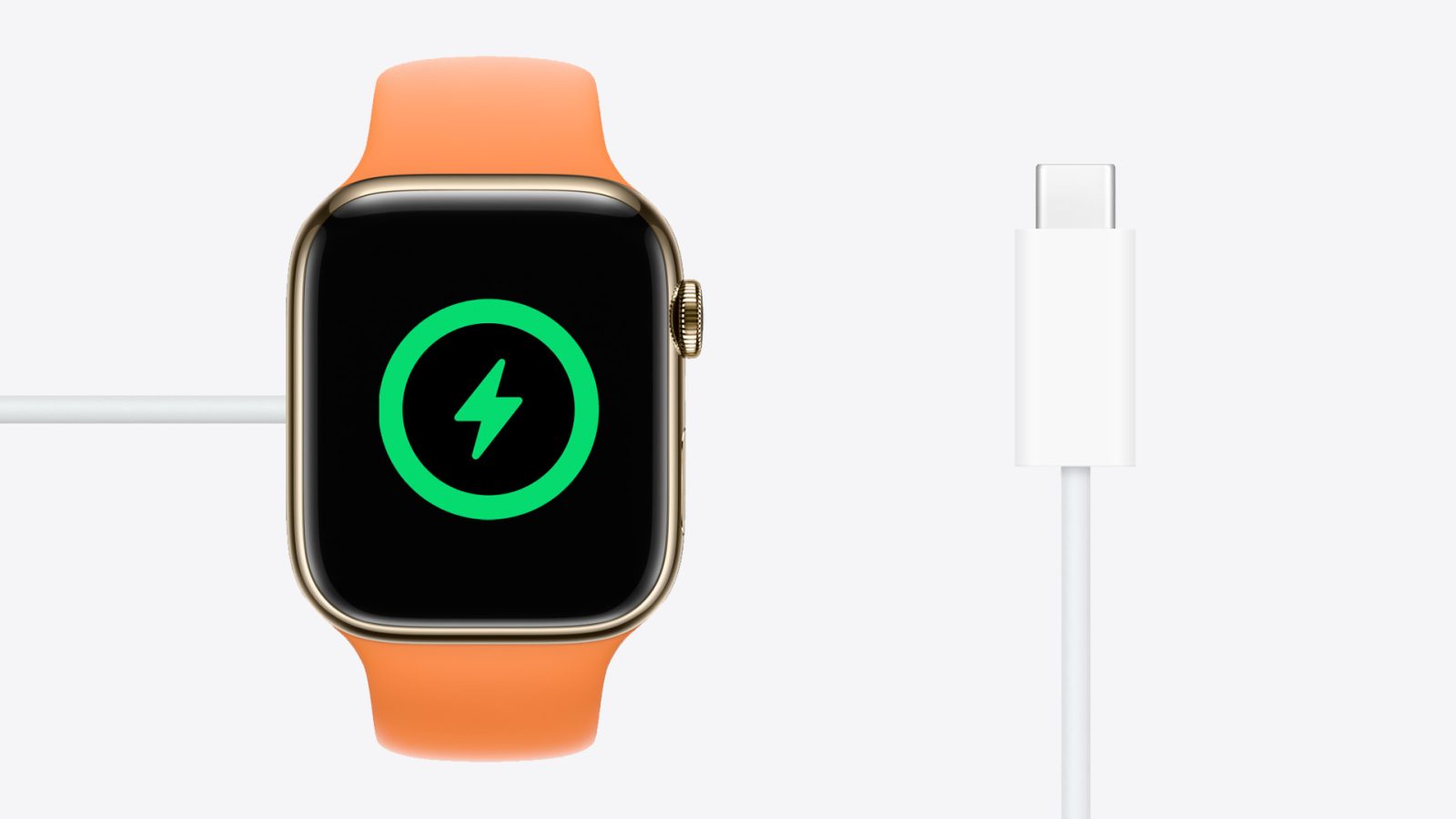 According to Apple, the new Apple Watch Series 7 can go from 0 to 80% charge in about 45 minutes when using the new USB-C fast charging cable. The company also highlights on its website that eight minutes of charging provides eight hours of sleep monitoring, which is a great improvement since the Apple Watch battery still doesn’t last more than a full day.

Charges in no time. The entire charging system for Apple Watch Series 7 has been rethought to get you up and running faster than ever. With an updated charging architecture and fast-charging USB-C cable, it takes about 45 minutes to go from 0 to 80% charge.

It’s also important to note that Apple is emphasizing that faster charging is unlocked on Series 7 only when using the “fast-charging USB-C cable” that ships with the new Apple Watch. Our understanding is that Series 7 will not see these faster charging times when powered by Apple’s MagSafe Duo charger or other multi-charging docks. Actual testing when Series 7 is available will be required to present firm numbers.

Another related detail is that Apple previously offered a 0,3m USB-C cable for Apple Watch before the Series 7 announcement. However, the company says that the cable with fast charging support is a new 1-meter version, so it’s unclear whether or not the previous USB-C cable has support for this feature.

The new 1-meter Apple Watch Magnetic Fast Charger to USB-C cable is now being sold separately at Apple for $29. And just like Apple Watch Series 6, none of the Apple Watch models currently sold come with the power adapter included.

The Apple Watch SE starts at $279 and includes the same form factor as the Apple Watch Series 4/5/6. It includes Apple’s S5 processor and is available in GPS and cellular models.