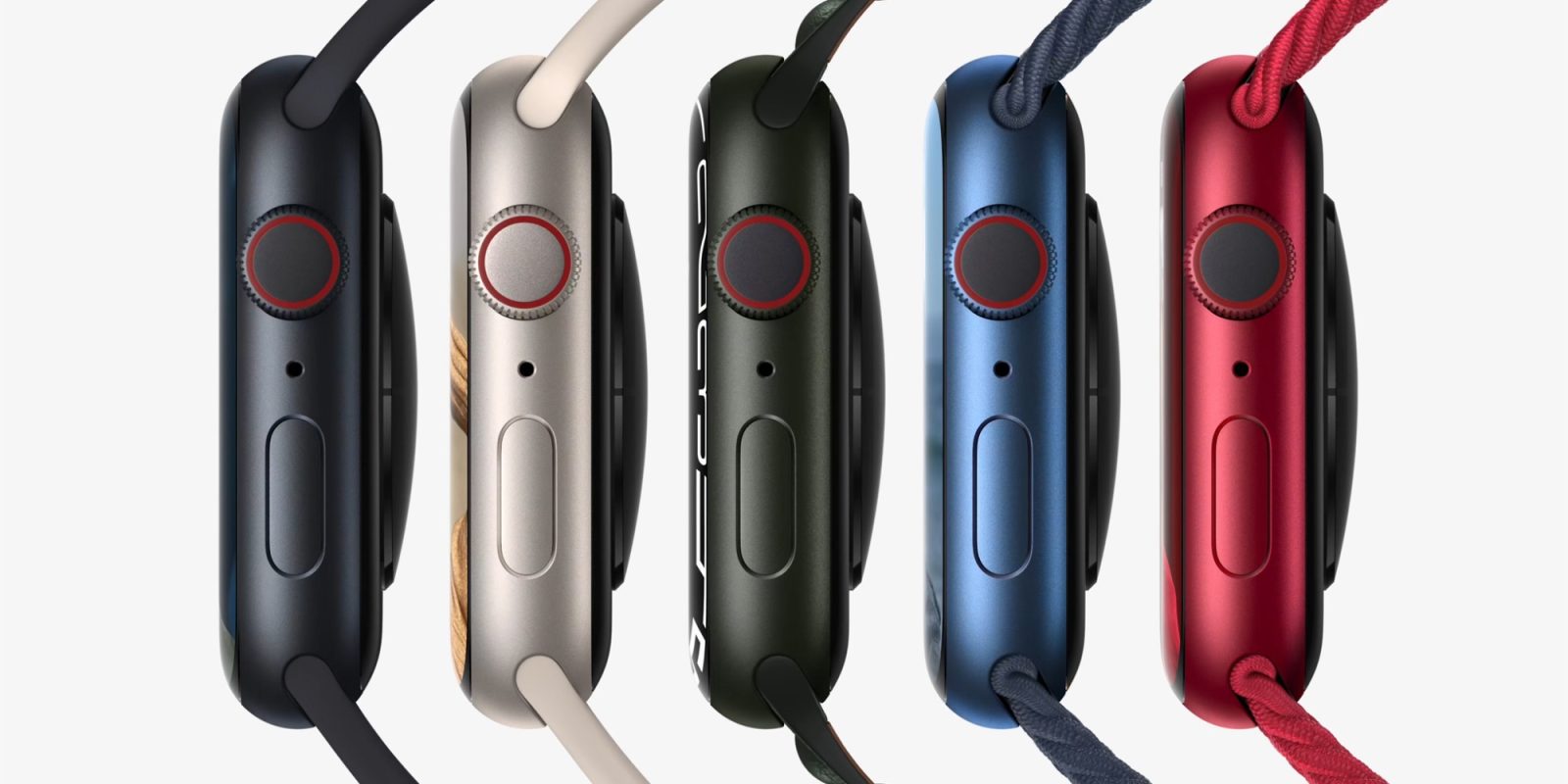 Apple Watch Series 7 made its public debut earlier this week ahead of a launch sometime this year. While we don’t yet know the exact release date beyond ‘later this fall’, we do have answers to frequently asked questions you may be asking.

Will my existing Apple Watch bands work with Series 7?

As ever, you still need to stay in the same smaller or bigger watch version to keep band compatibility.

What are the new Apple Watch sizes?

Apple Watch sizes refer to the vertical case height which has increased over the years, but the width has maintained a similar enough size to not break band compatibility yet.

Where are space gray and silver colors?

Simply put, midnight may be your best choice if you prefer the darker option while starlight is the most comparable lighter option.

We haven’t had hands-on time with the new colors at the time of writing, but midnight does appear to be closer to dark blue rather than gray or black. Whether or not this is a neutral enough option for customers who want the color closest to black is a personal decision.

Wait, red and blue are different this year too?

Yes, here’s how each color compares between Series 6 and Series 7:

How much bigger are the new screens?

Apple Watch Series 7 features a slimmer bezel around the display as well as a larger screen compared to previous models:

While the case height has gradually increased over the generations, Apple Watch achieves larger displays without dramatically larger watch heights thanks to slimmer borders around the screen.

How does faster charging work on Apple Watch?

Apple Watch Series 7 touts an “updated charging architecture” that can provide a faster charging experience than previous models, but you need the right setup.

Apple emphasizes that both the Series 7 hardware and 1-meter “fast-charging USB-C cable” are required to unlock these numbers:

Note that Apple Watch Series 6 provided a 20% faster charging experience than prior models last year as well. This means Series 7 can charge even quicker than Series 5 and earlier models.

It’s also important to note that Apple is emphasizing that faster charging is unlocked on Series 7 only when using the “fast-charging USB-C cable” that ships with the new Apple Watch.

Our understanding is that Series 7 will not see these faster charging times when powered by Apple’s MagSafe Duo charger or other multi-charging docks. Actual testing when Series 7 is available will be required to present firm numbers.

Apple is also changing the cable in the box for Apple Watch SE from USB-A to USB-C, but only Series 7 has the required internal changes needed to pull off faster charging speeds.

Apple already sells a 0.3-meter USB-C charger for Apple Watch (which may or may not charge faster). We’ll test compatibility with faster charging speeds in detail when the new hardware ships.

When can you buy Apple Watch Series 7?

Apple Watch Series 7 was announced on September 14, 2021, but the new hardware isn’t available to order yet. Apple hasn’t promised a firm date for pre-orders or deliveries yet.

Apple is simply giving “later this fall” as the release timeframe for Apple Watch Series 7. This effectively rules out a release in September 2021 when all four iPhone 13 models are being launched.

Apple avoided saying Series 7 will be available next month, however, which suggests an October release may be the goal but is not guaranteed. Fall technically runs through November and most of December, but missing the bulk of the holiday shopping season isn’t ideal for the Apple Watch.

Fingers crossed on an October release, but shipments in November at the earliest aren’t out of the question.