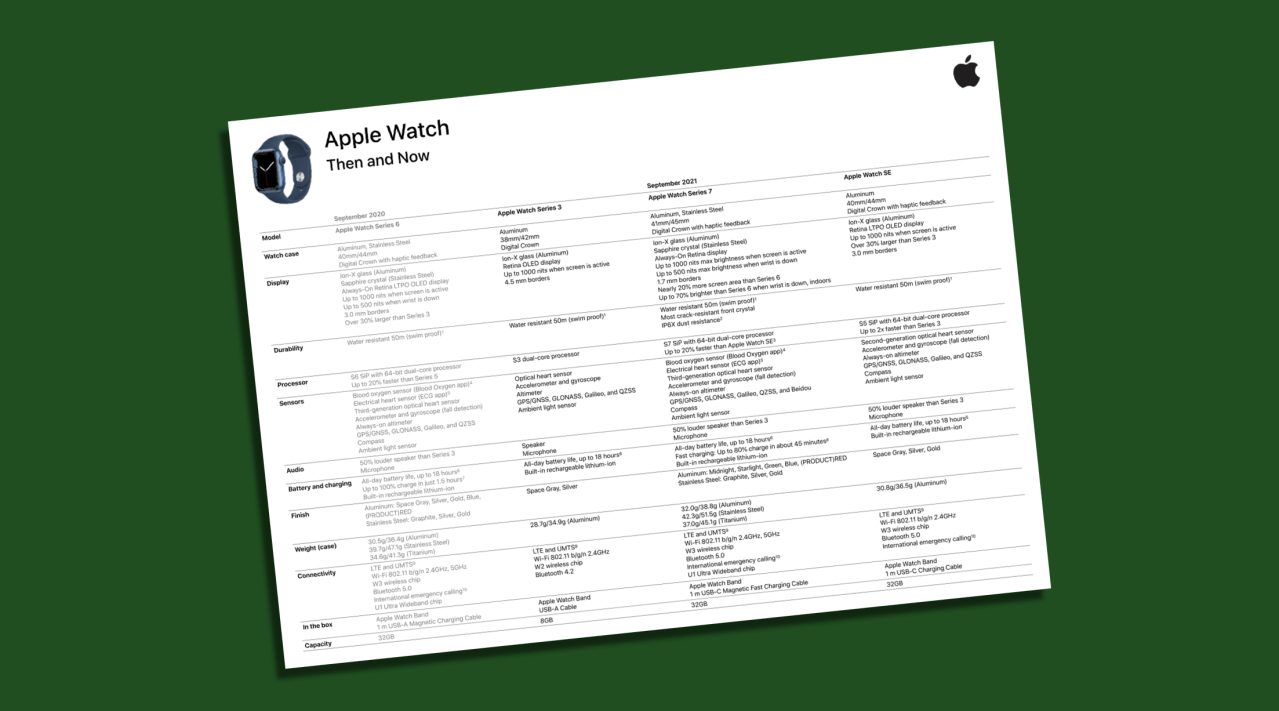 A newly surfaced internal Apple document reveals more details about the Apple Watch Series 7, including weights, connectivity, and internal components. The comparison document which Apple has not shared with customers shows that the watch has a new S7 system in package, but maintains the same CPU and speeds as the S6 chip from the Series 6.

Apple is calling the new SiP in Series 7, the S7 chip. While the CPU remains the same, it’s likely some other small components have in fact changed to accommodate the larger display.

Other details like the weight of each model are also included in the documentation. Apple has not revealed this information on apple.com yet.

You can download the document for yourself using the Dropbox link in the tweet shared with us below. Keep in mind that Apple says at the end of the document that all of the specifications are still “subject to change without notice.”

Apple Watch Series 7 doesn’t yet have a release date or pre-order date beyond later this fall.