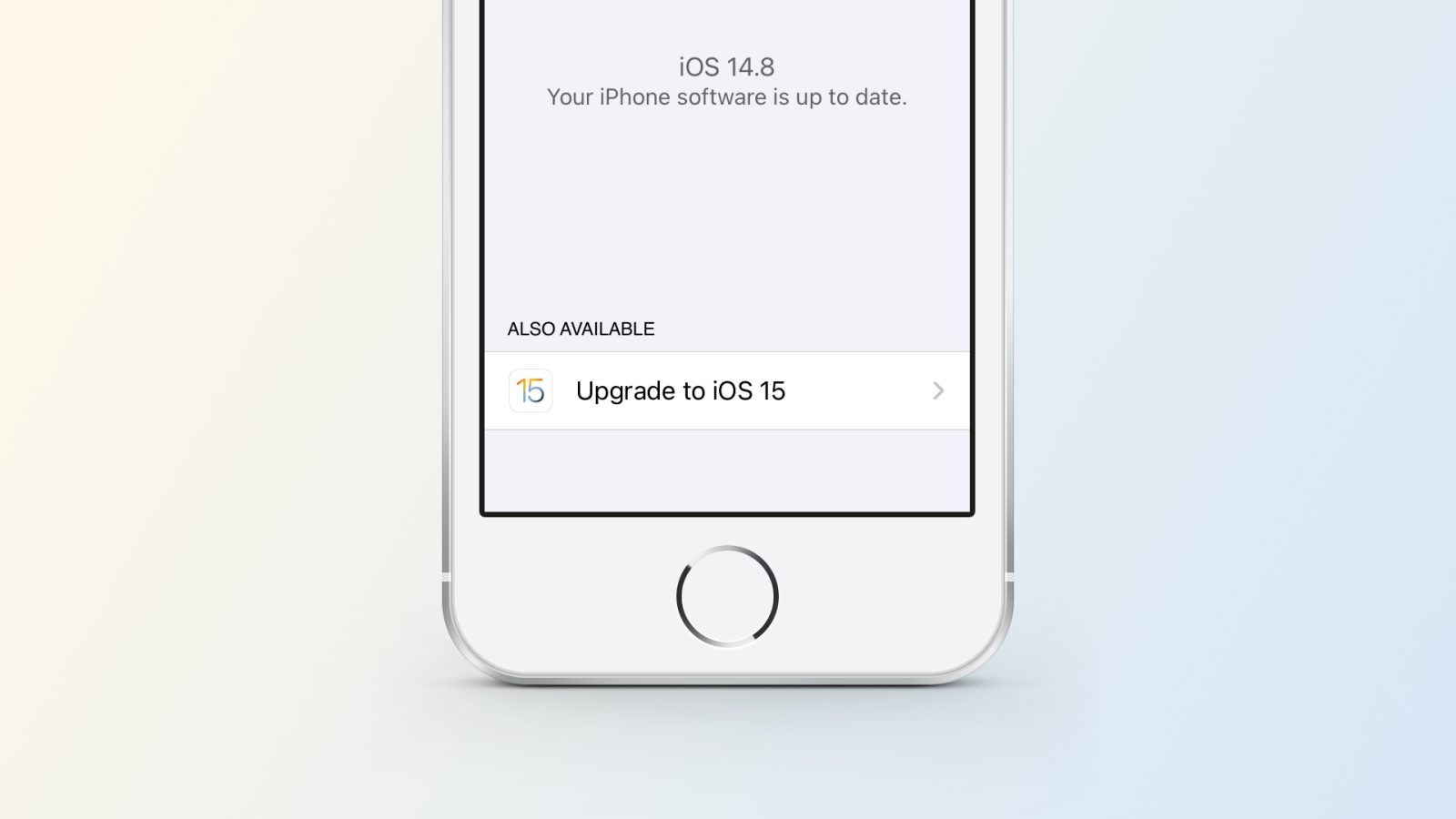 As we announced earlier this year, Apple is finally letting users stay on a previous major version of iOS and still receive important security updates that were previously only included with the latest versions of iOS. In other words, you can stay on iOS 14 and still get security patches if you don’t want to install iOS 15 right now.

iOS may now offer a choice between two software update versions in the Settings app. You can update to the latest version of iOS 15 as soon as it’s released for the latest features and most complete set of security updates. Or continue on iOS 14 and still get important security updates.

The iOS 15 update is now shown as an alternative update in the Settings app. If you choose not to install it (and make sure your device is set to not install software updates automatically), you can keep running iOS 14 on your device. When Apple releases security patches for iOS 14, you’ll see them in the Software Update menu instead of the iOS 15 updates.

This is one of the biggest changes Apple has made to the iOS update system in recent years, as the company has always forced its users to install the latest version of the operating system to receive security patches.

Of course, if you stay on iOS 14, you won’t get the new iOS 15 features. This option is probably focused on users who may have to wait longer until a specific app or accessory is updated with iOS 15 support, which sometimes happens in the corporate environment.

Are you staying on iOS 14 or have you already updated to iOS 15? Let us know in the comments below.