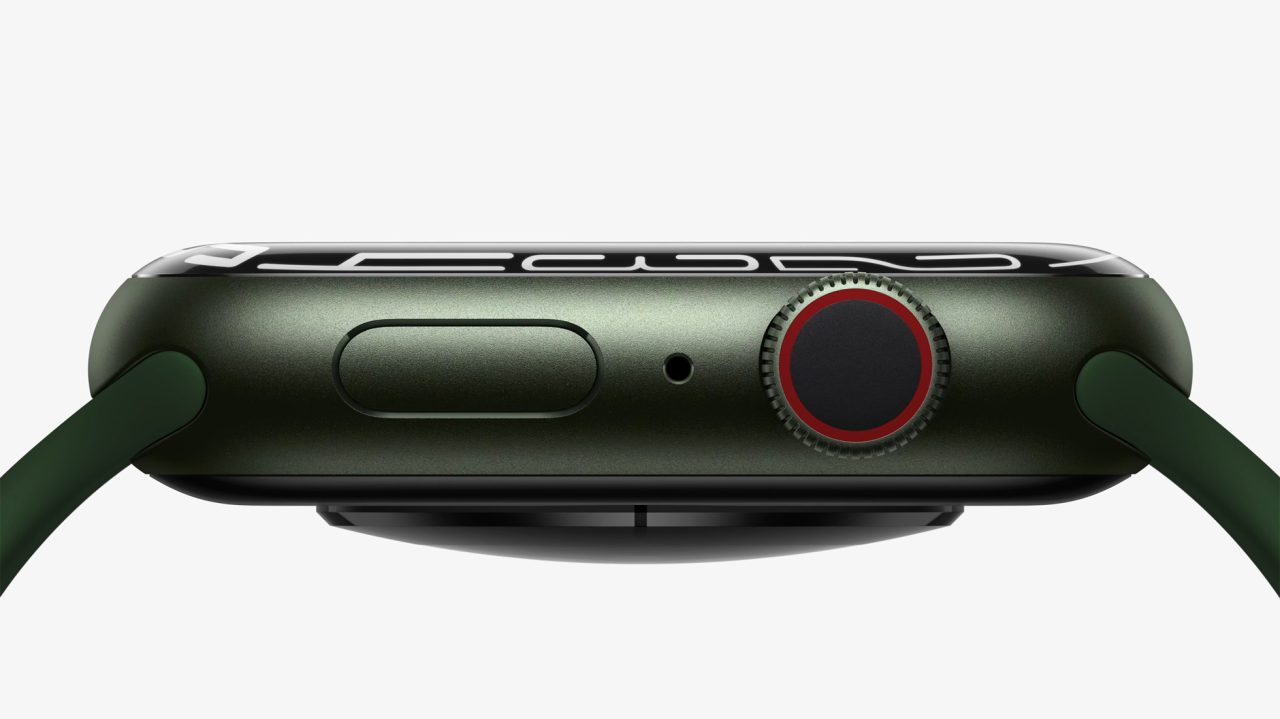 Apple Watch Series 7 was announced at Apple’s September event along with the iPhone 13 lineup. While the new iPhones will hit stores this Friday, there’s no word on when the new Apple Watch will be available to customers. Although Apple hasn’t revealed many details about the product, FCC filings have now revealed that Series 7 has a secret 60.5GHz wireless connection for data transfer.

FCC documents seen by MacRumors show that the Apple Watch Series 7 features a 60.5GHz wireless connection module, which has never been seen before in any Apple product. According to the filings, the 60.5GHz transmitter requires a “proprietary Wireless Serial Dock” with a corresponding module to enable data transmission on the Apple Watch.

There aren’t many details about this dock other than an illustration with the model number “A2687” and the description that says it’s based on magnetic alignment to “lock the Apple Watch in place on top.” The document also says that this Apple-made dock is powered by a USB-C port.

Since this technology has never been mentioned by Apple and requires an external device to be enabled, it’s likely that the 60.5GHz transmitter is exclusively for Apple’s internal use. MacRumors says that such a connection is capable of transferring data at up to 480 Mbps, similar to the USB 2.0 speeds.

Every current Apple Watch model has a service port hidden in one of the slots for connecting the watch bands. Perhaps Apple is testing a new way to access Apple Watch data using a wireless connection through this 60.5GHz transmitter and the new dock, which might be easier than removing the service port cover.

With Apple rumored to have considered a completely portless iPhone multiple times, a new technology to transfer data wirelessly at high speeds could be the solution to remove the ports and still offer tools to restore the firmware when needed. Only time will tell what Apple’s plans are for this new connection hidden in the Apple Watch Series 7.